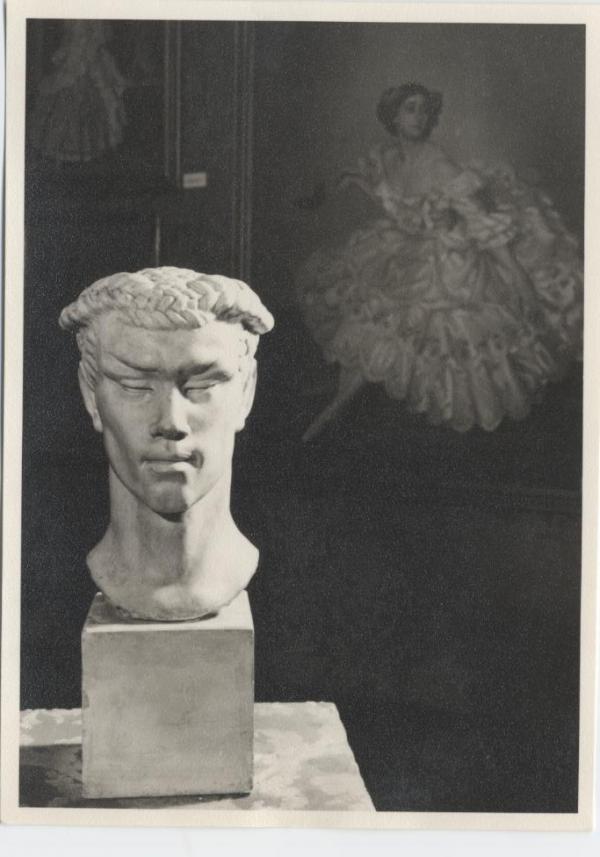 Una Troubridge’s head of Nijinsky in L’Après-midi d’un faune as displayed in Diaghilev at Forbes House 1954.

For a bit of light relief I saw the Noel Coward play, Design for Living, at the Old Vic and who appeared on stage but our friend Nijinsky. To be more specific there, in the last act, set in a 1930s New York apartment stuffed with paintings, was a copy of Una Troubridge’s wonderful bust of Nijinsky as the Faun in 1912. Lez Brotherstone, who designed the set (and has always been very generous to the Theatre & Performance Collections), is clearly fascinated by this bust as it also appeared in his set for Matthew Bourne’s Dorian Gray. In fact it has only been in recent years that there have been multiple copies of the bust and the original plaster cast was rediscovered by dancer Lydia Sokolova in a junk shop in 1954 in the months between Buckle’s Edinburgh and London Exhibitions. Its rather fun to fantasise with Brotherstone about the journey it may have taken during its ‘missing’ years. 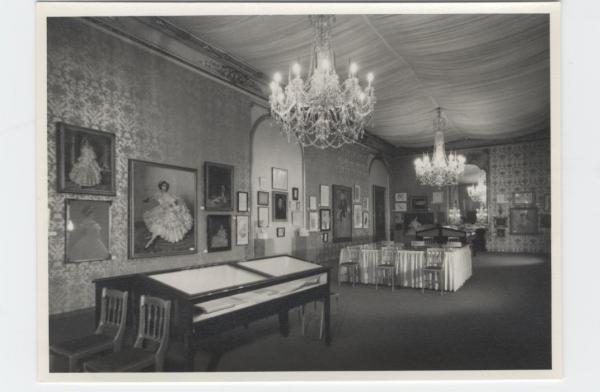 A second view of Buckle’s 1954 exhibition

This entry brings the blog for Diaghilev and the Golden Age of the Ballets Russes 1909-1929 to its conclusion. I had hoped to write more about the dismantling of the exhibition...

Caxia-Forum, Barcelona While the galleries are being stripped, Diana and I took off for Barcelona where a significant selection of the V&A’s Diaghilev exhibition will be...

I eat my words!

The Ballets Russes on stage during their first visit to the Fêtes des Narcisses when they danced Les Sylphides and Aurora’s Wedding (which is shown in this...