On Friday 15 March 2013 I had the pleasure of attending Culture Geek at the Barbican, London.  Below I have documented the day (apologies to anyone whose presentation I have had to summarise very briefly for space). 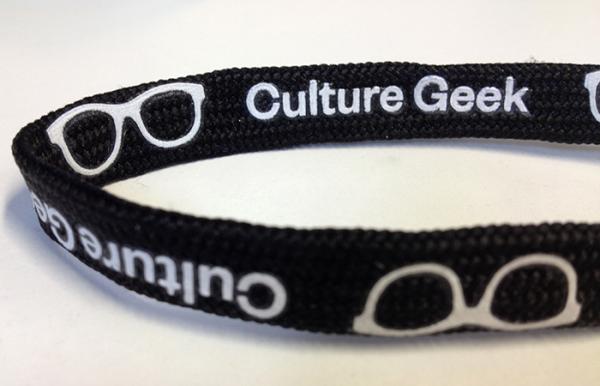 The day kicked off with the keynote speech from Pherabe Kolb, Associate Director of Strategic Communications, Smithsonian Institute, Washington DC. The presentation outlined the creation of the Institute’s first ever national marketing campaign.

Kolb explained how Smithsonian undertook market research that included asking people ‘if the Smithsonian was a person, what kind of person would it be’. While the results were sometimes tough to hear, this gave the Institute an idea of how it was perceived and how they could move forward with repositioning their reputation.

The result was their ‘Seriously Amazing’ brand (including new website). An audience-focused advertising strategy that identified seven key types of museum visitor that they wished to engage.

One means of engagement is of course social media. It was revealed that Smithsonian have over 600 social media accounts, coordinated by 35 people – something that was met with feelings of consternation and light-headedness from many in the audience!

The second speaker was Peter Gorgels, from the Rijksmuseum, Amsterdam who demonstrated the innovative new Rijksstudio website, which has made 125,000 images of objects available to the public in zoomable high definition. The museum has also actively encouraged the public to take these images and use them in creative ways.

The new Rijksstudio approach is a pared-down, ‘lean and mean’, ‘tablet focused’ website, with an ‘image first, information second’ mentality. Putting the “experience of art” at the foreground.  Something of a revelation to many of us in the audience.

Jack Harris, Digital Manager at Shakespeare’s Globe rounded off the morning with ‘Changing an organisation’s perspective of digital with the help of your audience’. He highlighted the importance of getting digital involved at the start of projects, rather than as an afterthought, and of holding regular meetings with all departments in order to successfully plan digital/social media output.

Following a very nice lunch (including the world’s tiniest bowls of sausage and mash) the afternoon kicked off with two very different presentations about events marketing.

Joost Heijthuijsen, Director of External Affairs, Incubate Festival, Tilburg, The Netherlands kicked off the afternoon with an entertaining and anarchic talk about the crowd sourced programme for Incubate festival.

We were reminded that ‘content is king. For example, Incubate put their concerts up on Soundcloud for anyone to access, and Joost revealed that their “most obscure stuff is the most popular”. The key message was to “stay close to the audience” – source content from your user and let them tell you what they want.

Iain Valentine, co-owner and Creative Director at Whitespace took the audience through four marketing campaigns for the Edinburgh Festival Fringe. One of the most interesting ones from a digital perspective is featured in this video:

Whitespace asked people to tweet suggestions of things they would like to see at the festival, and then illustrator Johanna Basford created an illustration based on these suggestions, which was streamed live on the Fringe website. The illustration was then used in marketing material including posters and the Festival programme.

Ben Templeton, Creative Director of Thought Den and Louise Downe, designer at Engine Service Design were up next to talk about using context to add ‘magic’ to a users experience. ‘Context’ can include geographical space, time of day, and even historical events from the same date.

Finally, John Shevlin and Tim Powell from Historic Royal Palaces took the audience through their project of adding the Tower of London’s history to its Facebook timeline.

Their timeline now dates back to 1066 and is believed to be the oldest timeline on Facebook – a clever use of an existing feature that generated a large amount of publicity with a very small price tag. John and Tim explained that the ultimate aim of the project was to encourage users to engage with history in the way that they are engaging with their friends.

What have we learnt?

The overarching theme of the conference seems to have been the need to get into the minds of users. Smart devices and social media are now a part of everyday life, and accordingly, people’s expectations of what content should look like and how they should access it has changed. People use mobiles more so move to responsive design; people like looking at images using apps on tablet devices, so think of how you can make your own images work this way; people document their whole lives on social media, so put your institution’s history up there too.  Cultural institutions need to ‘think outside the box’ of traditional digital and marketing methods, to reassess how we engage with our audience on their terms rather than our own.

I have Storified my tweets from the day here