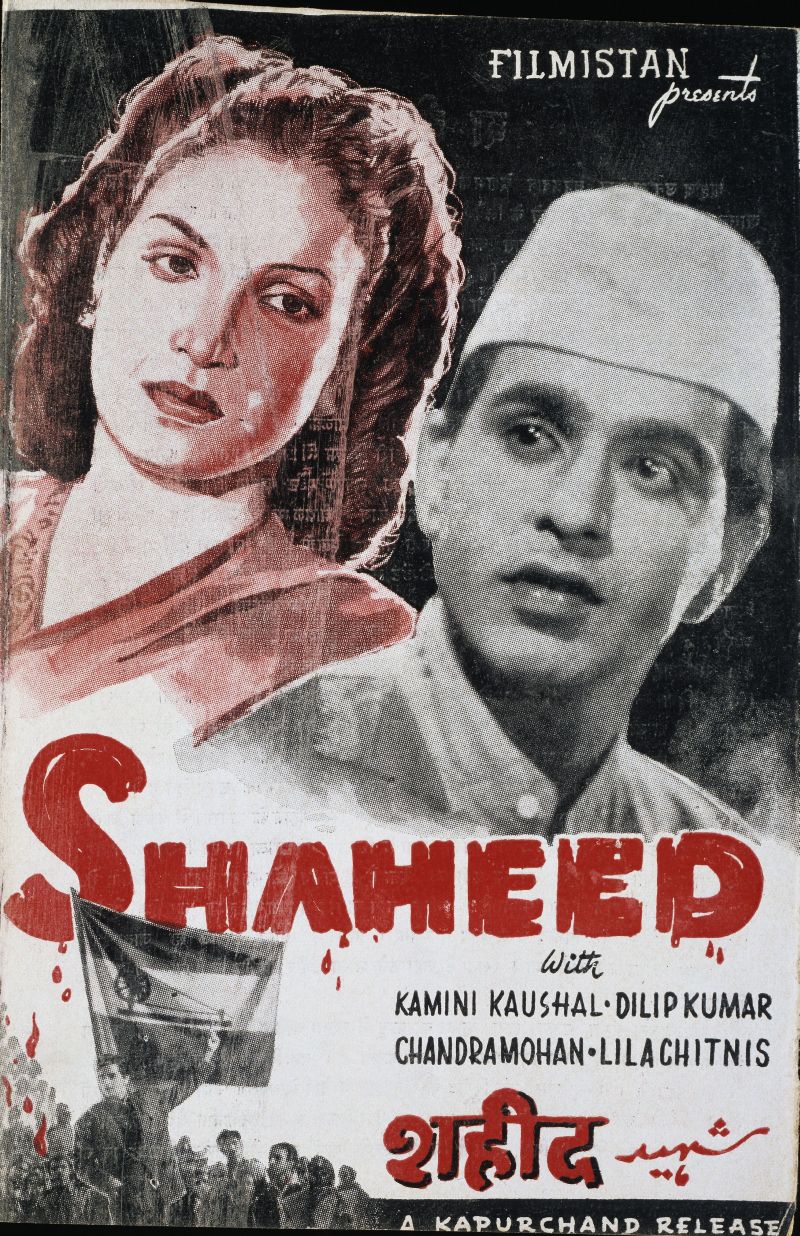 Today on 7th May 2015, when we in the UK can exercise our democratic right to vote for the next government it is perhaps timely to remember the birth of the largest democracy in the world.

India became an Independent nation state in 1947 and textiles and fabric played an important role in making this happen. Did you know that the Indian flag has to be made from khadi (handwoven fabric made from handspun thread) or that the spinning wheel was once the centre of the national flag?

The swadeshi (home) movement of the 1890s was a response to a growing discontent with the colonial government in India. Economic issues were at the heart of the problem, particularly the influx of large quantities of foreign goods into India.  Machine made thread and fabric from England was cheaper and finer and its importation was disrupting India’s own production of handmade fabric and the development of her textile mill industry. The movement called for the Indian public to boycott foreign goods in favour of Indian products and led to mass protests and bonfires of foreign clothing. The swadeshi message of self-reliance influenced Mohandas Gandhi in his formation of the freedom movement some fifteen years later.

Gandhi asked the nation to spin, weave and wear khadi. He believed that this would bring employment to the poor of India who were based mainly in villages. He led by example, spinning for part of each day and wearing the simplest of khadi clothing.

His campaign of civil disobedience against unjust laws and the need for swaraj (self-rule) for the Indian people used the symbolism of khadi to gain momentum. As the movement grew, the sight of Gandhi and his sea of supporters in white khadi was a powerful tool of protest. In the exhibition we will have fantastic film footage of the period which captures the great crowds that gathered to hear Gandhi speak and shows how central khadi was to the movement.

One of the most distinct items of clothing at the time was a white khadi cap which came to be known as a Gandhi cap. Gandhi was aware of the visual symbolism of the cap and he  wrote: ‘thousands will be prepared to die for the khadi cap which is fast becoming a visible mark of swadeshi and swaraj’”. This quote and a detailed account of Gandhi’s ‘designing’ of the cap and his use of it as a national symbol, can be found in Emma Tarlo’s book, Clothing Matters: Dress and Identity in India, (C. Hurst and Co, 1996, pg.85).

khadi and the message of self-reliance that it embodied was important to the Indian National Congress, the main party opposing British rule, of which Gandhi was appointed leader in 1921. The party placed the spinning wheel at the centre of their flag. The illustration above shows the flag and cap – it is the front cover of a publicity booklet for the 1955 film, Shaheed.

The road to independence was a long one and over time there was a redesign of the flag with the use of different colours. When freedom from British rule was finally achieved in 1947, the spinning wheel was replaced by the wheel of law. It continues to be made of khadi.

Today there are government run outlets selling khadi of all sorts including caps, flags, fabric yardage, saris, towels and most famously the men’s kurta-dhoti and waistcoat. This one in Mumbai is my favourite.

During my research visits to India I became fascinated by khadi clothing and so here are some images of people in Mumbai and Jaipur wearing typical items that can be bought from the Khadi Gramodyog Bhavan.

During election times in India the khadi flags start being produced, more of which you can read about here and see images here and of-course it is customary for patriotic politicians to be seen dressed in khadi kurtas, churidhars and waistcoats.

The story of khadi is a crucial part of the exhibition as it introduces India’s modern history, the drive for industrialisation by Jawaharlal Nehru, India’s first Prime Minister and the impact this had on India’s textile traditions in the decades to come.

The Gandhi cap also has personal memories: My grandfather took part in the final stages of Gandhi’s  famous salt march in 1930 which ended at the seashore in Dandi, Gujarat. Although I don’t have any photographs of that event, I know he would have worn a cap. After he migrated to East Africa he became a tailor and he continued to cut and make men’s suits after he moved to Britain. Whenever he visited India, the last time when he was 99 years old, he would make himself a Gandhi cap on his sewing machine to wear when he arrived – a symbol of his Indian identity.