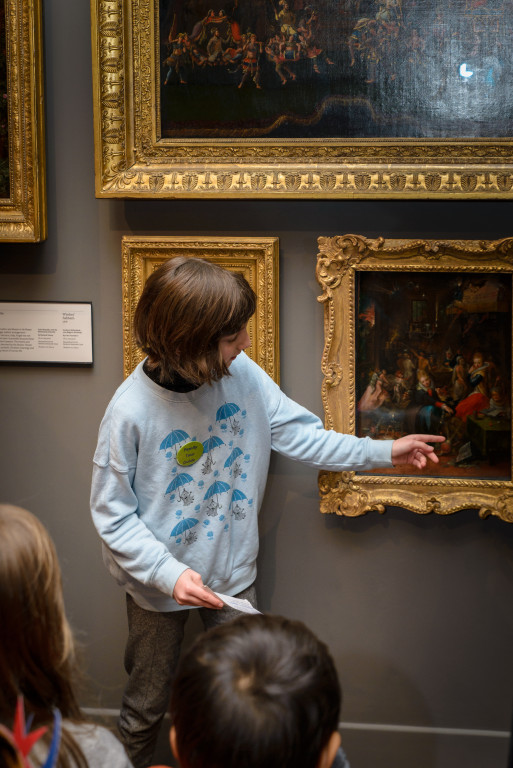 During February half-term, eight families led tours of the Europe galleries for other families. During May half-term from Friday 3 June – Sunday 5 June, the volunteer tour guide families will lead more tours as part of the programme of events at 11.30 and 13.30. A father who took part in the programme reflects on the experience of his family below.


“We are a home educating family, that is to say that our children don’t go to school, instead, they’re educated through a myriad of groups and activities, very few of which in fact, are at ‘home’. For example, we visit the Victoria and Albert Museum at least once a week, and over the years have grown very comfortable finding our way around the galleries. In 2012 we were already familiar faces to the V&A learning staff and they invited us to be part of their consultation on the children’s activities now in the cabinet room. We were then invited back to develop our own tours of the Europe galleries for other families at the end of last year and attended a series of training sessions during which we met curators, other tour guides and began the process of selecting objects. At first, this selection was quite tricky as the new galleries hadn’t yet reopened and our choices were fairly random, however as we continue to learn, our selection becomes more logical.

One of our many reasons for choosing home education was that we wanted to emphasise the arts, history and philosophy rather than following the STEM-heavy national curriculum. Exploring these particular objects and galleries is perhaps the most perfect place to begin to bring the past to life and learn about these so-called ‘softer’ subjects. We feel very privileged to be part of this. There’s something peculiarly satisfying about the fact that the room numbering starts with these galleries. We’re even thinking about doing our tour in reverse, just so it begins with Room 1.

The Europe 1600 – 1815 galleries contain 1100 objects starting with the renaissance and Italian baroque sculpture passing through the rise of France and the French revolution and ending in 1815, with the Battle of Waterloo. They are a phenomenal two centuries to learn about.

Our family tour is introduced by Poppy who gives some brief context and who will also wrap up the tour at the end, she is nervous about talking to strangers. Bogna then starts off with the first object on our tour in Room 7, Bernini’s Neptune and Triton, I then speak about the memento-mori Time and Death in the same room and Dalia concludes the darker first half of our tour with Frans Fracken’s Witches’ Sabbath (in room 6). I used to then talk about the Meissen Table Fountain in Room 3, however, I’ve decided to switch that for a bust of Voltaire in Room 4. This is the beginning of the more light-hearted second half of our tour. Dalia then goes on to talk about the Bird Organ in Room 1 and finally Bogna brings us to the Balloonmania exhibits also in this room (see image). Poppy then concludes with suggestions of where to go next, including the flight galleries at the Science Museum which begin with the Montgolfiers brothers. In future, we will develop more of a narrative to our tour, and for each of our objects, we’re thinking about making use of the three themes or frames of Europe and the World, Cultural Leadership, and The Legacy. 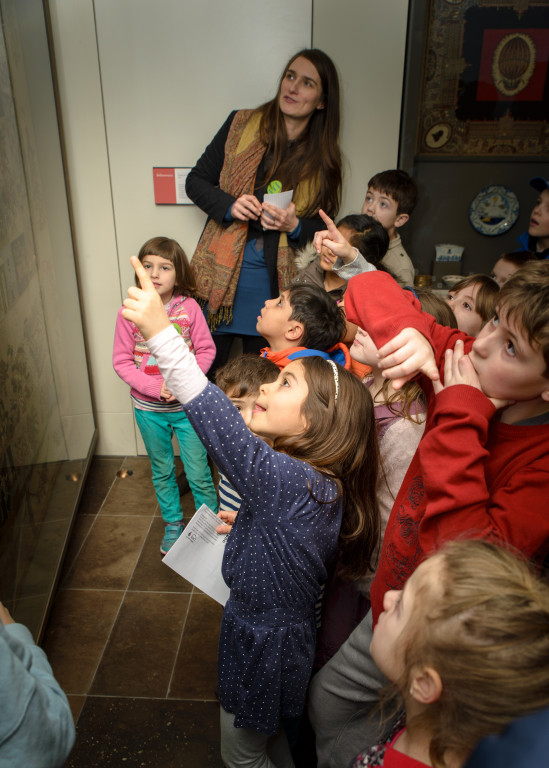 Looking at balloons in the Europe Gallery © V&A

On the evening we finished our first tour during February half-term, I asked Dalia if she had enjoyed the whole experience, she said that it was one of the best experiences she’s ever had! “It’s like I’ve jumped up to another level in the game of life!” she said. It was such an extraordinary sense of achievement for her, there’s a picture of her giving her first tour below. Indeed, it was a fantastic learning experience for all of us in our unique ways, a testament to the old adage about if you want to learn something, teach it. It was only once we had actually given our tour and heard some of the feedback that we realised how engaging it was for members of the public.”

#LetsMakeWednesdays – 50 years of the Glastonbury Festival 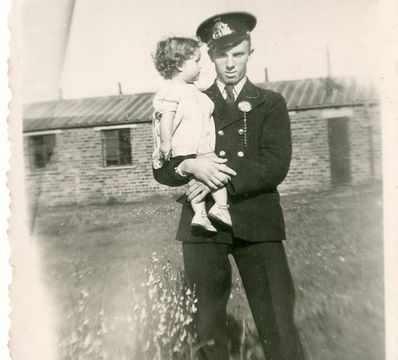