Today is Star Wars Day! Most readers will be familiar with the mega-franchise – it’s been very difficult to avoid it for the past forty-two years – but fewer will realise that its success was built largely upon its iconic designs, and the revolution in toys and merchandising that Star Wars inspired.

This post coincides not just with Star Wars Day, but also with the news that Peter Mayhew, the very tall actor who portrayed Chewbacca, sadly passed away on 30 April. So as a tribute to Peter and his achievements as the ‘walking carpet’, I will begin with this image of one of my favourite objects in the collection, a 12-inch Chewbacca figure from 1978. 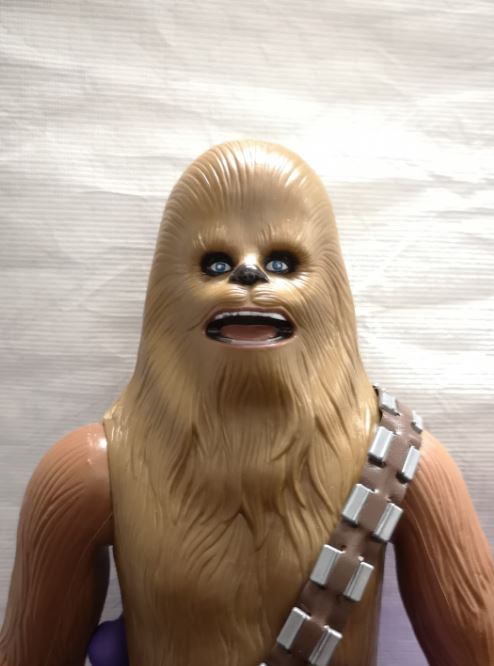 When the creator of Star Wars, George Lucas, negotiated the terms of his contract with 20th Century Fox he opted for greater advantage from merchandising and licencing. Fox were not concerned about this as, at that time, merchandising was not seen as a major stream of income for movie studios. Lucas’ successful exploitation of his rights made Star Wars a milestone in the history of advertising, marketing and merchandising products to children – and adults.

The Star Wars universe is great fodder for the imagination because it is, simply, so well-formed and detailed, filled with life, stories and characters. The production values of the original films were very high for the time and featured ground-breaking special effects, so they immediately captured young imaginations and won many awards. In part, that success was achieved by self-consciously removing Star Wars from previous ‘sci-fi’ aesthetics. The core idea behind the design of Star Wars was that things in regular use would naturally degrade and need repairs, and so a concept of a ‘used universe’ was realised. The importance of this aesthetic on the modern idea of science fiction cannot be understated. It married creative-but-cold, pre-Space Race fantasy ideals of little green men and UFOs with the tangible realism of mechanical ducts, broken things and battle damage. The design of Star Wars, and its enormous, rich universe, was so compelling that it created unprecedented demand for all things Star Wars, from action figures to lunchboxes, and a brand-new attitude from Hollywood toward merchandising.

We have about 240 Star Wars­-related objects in the Museum of Childhood (MoC) collection, many of which were given by the Palitoy Company in the mid-1980s, as they were going out of business. Palitoy had been licenced by US manufacturer Kenner to make Star Wars toys in the UK. Our Star Wars collection is very interesting for anyone who’s into Star Wars toys (*raises hand guiltily*) for a myriad of extremely cool reasons, but mostly because in it we can see all stages of the design and production process, from design to product. 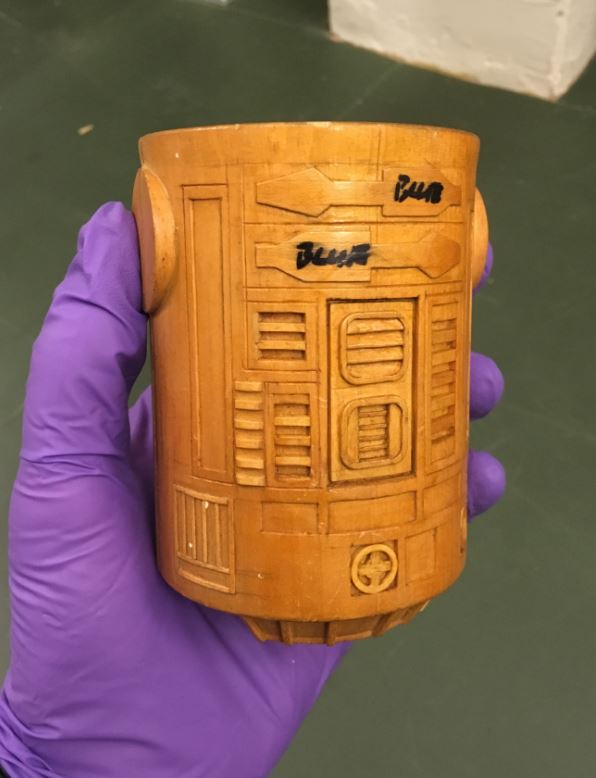 In my purple-gloved hand is a carved wooden matrix for a talking R2-D2 action figure. It’s a beautifully made and tactile thing, and in its traditional qualities and use of natural materials it feels quite far removed from the plastic multitude of finished R2-D2s that must have come from it. With it is a wooden matrix for the head, and two prototype plastic mouldings made from it. Both wooden matrices are helpfully labelled with the colour the finished product is supposed to be. 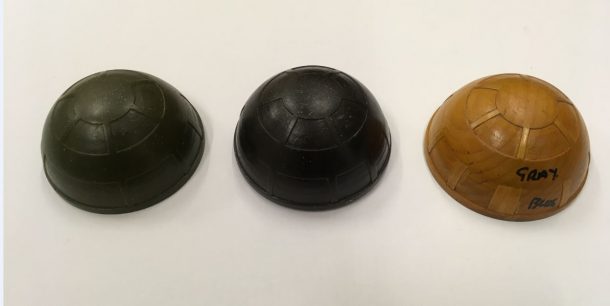 We also have near-finished examples which have been tested. These are typified by this boxed pre-production R2 – from the next phase of prototyping – complete with stuck-in notes made by one of the testing staff at Palitoy. 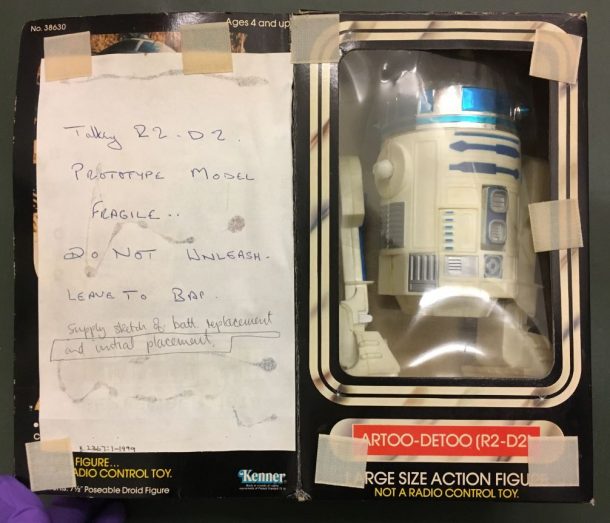 This Han Solo figure looks like he’s been in a scrap – but actually he’s been aggressively tested by Palitoy to see how he’d cope with being ‘played with’ by children. His hair’s been rubbed off and a hole has been cut in his cheek. What you can’t see in this image is that his fingers have been chopped off, too. Naturally, we also have a tested R2, who looks a bit less shiny than a finished one. 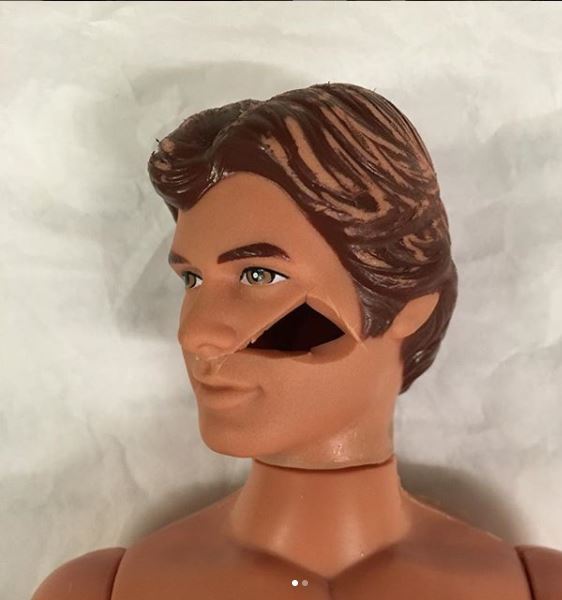 A range of Star Wars toys are on display in the MoC’s Creativity gallery, locked in an epic galactic battle with some icons of other sci-fi franchises like Star Trek, Transformers and Doctor Who. A lot of those toys probably owe their existence to the success of Star Wars and its effective merchandising.