When I heard that the V&A was putting on an exhibition about pearls, I could not help but think of the beautiful 14th century poem known as Pearl. In the poem a man pines for a lost pearl. He falls asleep and has a dream vision, a common occurrence in medieval poetry. He sees a girl richly dressed in pearl-encrusted clothes and crown. We realise that the pearl he was mourning is not a jewel but his deceased daughter. She teaches him several spiritual lessons and consoles him that she is now among the blessed in heaven.

Unfortunately the V&A does not own the original manuscript, which is in the British Library, but it does have several later versions of the poem, and also a rich collection of medieval manuscripts, that tell us interesting things about the meaning of the poem and also about the symbolism of pearls.

At first glance, the poem is a heartrending story of a bereaved father grief-stricken by the loss of a dear child. He describes himself as “grievously wounded by the power of my love for that pearl of mine.’ Pearl was not used as a name in the 14th century, but other words for pearl such as ‘marguerite’, used in the poem, were names. The father often refers to the girl as a ‘jewel’. Beyond their obvious beauty and value, pearls were a heavily symbolic jewel, one that would invite a medieval reader to read other layers into the poem.

Pearls symbolised purity, virginity and the Virgin Mary, such those worn by Carlo Crivelli’s Virgin and child 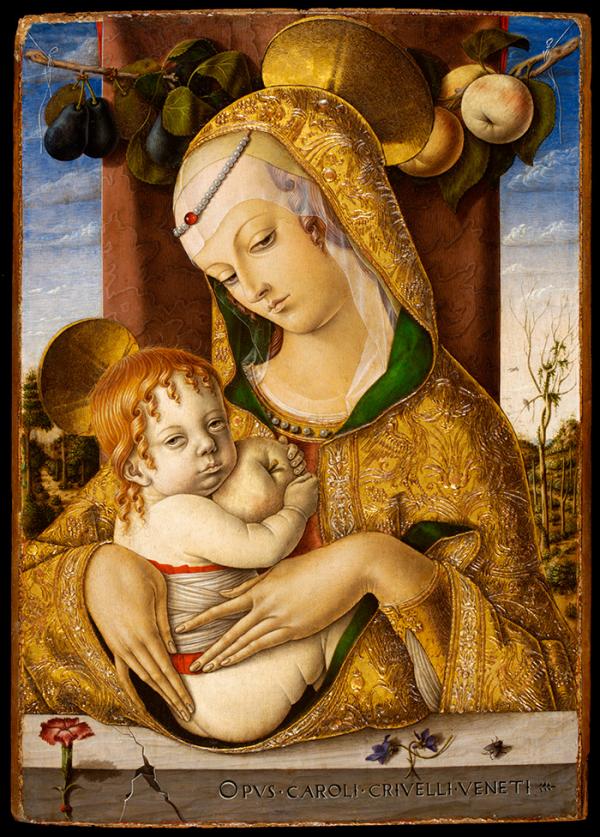 and decorating this manuscript showing the crowning of a woman by God: 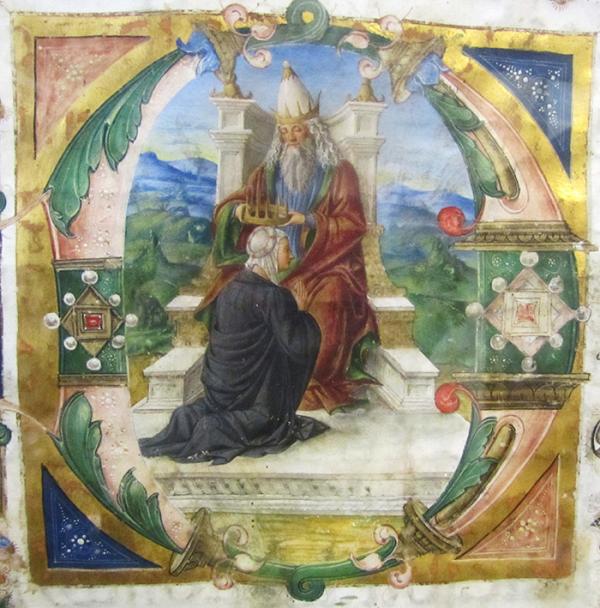 Leaf from a Psalter with an initial D showing God the Father seated on a marble throne placing a crown on the head of a  kneeling woman, manuscript, unknown artist, Italian (Umbrian School); about 1490 Museum no. 4147 © Victoria & Albert Museum

The pearls that decorate the girl’s clothes emphasise the pure and blessed state of the girl, now in heaven.

Pearls were also a symbol of the soul, the spiritual element of man. A medieval audience would be familiar with this idea reflected in the writings of St Augustine and those of St Peter Damian in which Christ refers to the soul as ‘the most splendid jewel’. Another symbol for the soul was a child. Medieval manuscripts often have images showing the soul in the guise of a child being offered to Heaven. 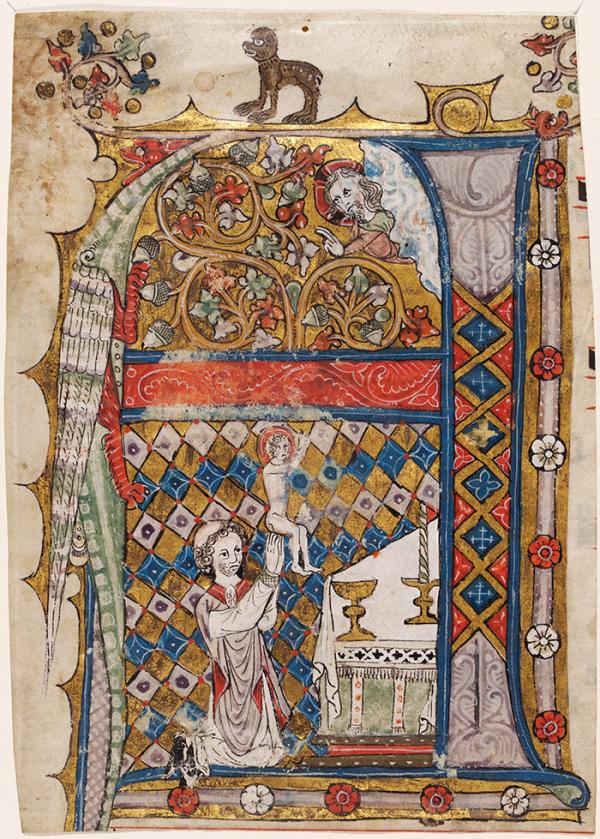 Cutting from a Gradual. Initial A with a blue border with a priest kneeling in front of an alter supporting his soul in the form of a child. Netherlands, early 14th century. Museum no. 9005A © Victoria & Albert Museum 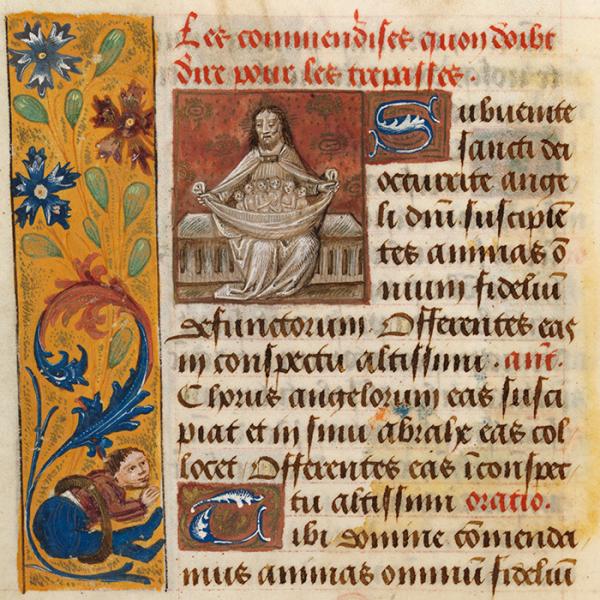 So the poem could also be a metaphor for man having lost communion with his soul – the father loses his pearl in a garden, which could refer to the Garden of Eden – and finding it again in a heavenly vision.

Pearls were also a symbol of the bread/body of Christ of the Eucharist. This is partly because of the white round shape of both as seen in this manuscript. 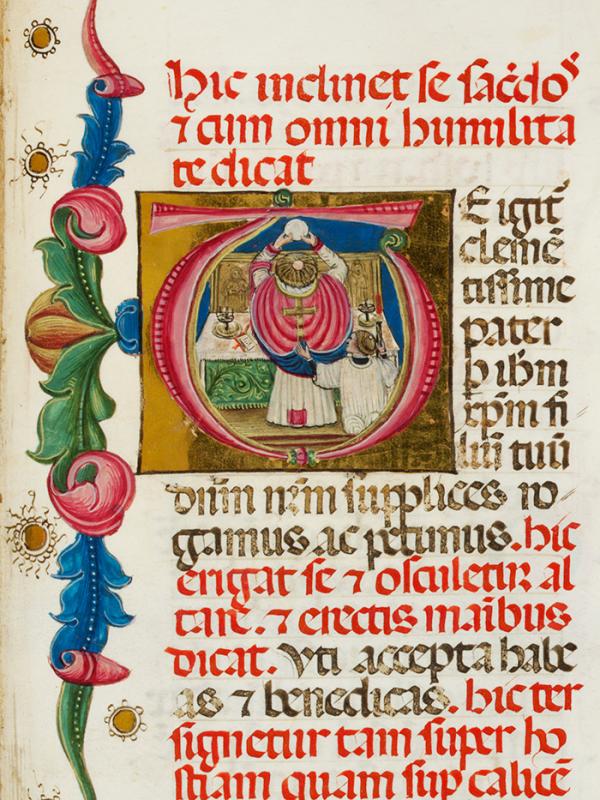 It was thought at the time the poem was written that pearls were formed from dew drops. In the Old Testament, manna – spiritual food – is formed in a similar way in a story seen as foreshadowing the Eucharist.

Therefore the poem also shows man finding consolation in the Eucharist as symbolised by the pearl-maiden.

In my next post I will look at how the poem was rediscovered in the 19th century.