Organisations such as the V&A are investigating how to deliver information to a wider audience and make their information more accessible for disabled people. Audio descriptions for the Furniture Gallery have been developed to assist visually impaired visitors to access information downloaded via their own smart phones. With new technology this becomes more achievable, or does it? 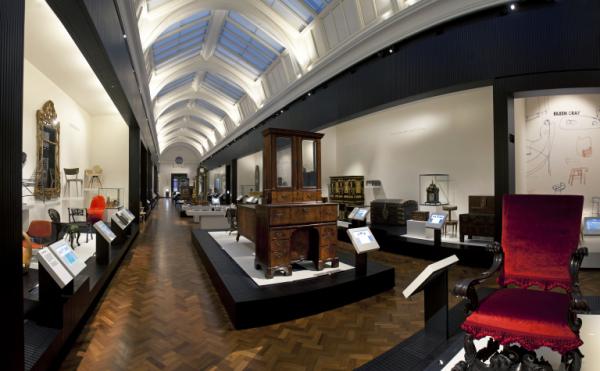 Historically, audio guides have been offered to visitors for some of the Museum’s special exhibitions. With the advancement of technology, visually impaired people have been limited in the use of smartphones due to lack of accessibility and cost. So, how does the Museum offer wider access through audio to people it would benefit greatly?

In my role as the V&A’s Disability and Access Officer I visited two museums in Boston in the United States to assess two different multi-media guides, to see if they may work for the V&A. The guides, which use differing techniques to provide information, both had significant benefits as well as drawbacks.

The first guide I tried was at the Hall of Patriots Place, an American Football Museum who use an Infrared system. I was looking forward to assessing this system, which not only gives people information in their prefered format, but also independantly orientates visitors around the space, without museum staff or volunteer guides – the perfect solution for visually impaired visitors.

The guide enabled the visitor to gain access to: audio descriptions of objects in cases; an auditorium where the handset synchronised with the film with the audio description; and interactives which synch’d with the handsets by giving audio output. The flexibility of the system provided much more accessibility than a standard audio guide, offering a more inclusive experience.

However, there were a number of drawbacks: visually impaired visitors would be unable to operate the handsets without support as there are no audio menus; the infrared signals often conflicted with each other whilst in large open spaces, so you may be looking at one object and being given information about another; and the guides were unable to provide orientation and guidance, meaning a visually impaired visitor would still need guiding around the museum.

The second guide assessed was an iPod guide at the Museum of Fine Art (MFA) in Boston. The MFA introduced a multi-media guide for the permanent collection and special exhibitions on opening the new wing that houses the Art of Americas collection.

The multi-media guide is a standard iPod Touch, allowing visitors to self-guide around the gallery and exhibitions. Ten of the 300 iPods made available to visitors have been made accessible to visually impaired visitors, including speech control via the touch screen and a raised dot placed upon the number 5 on screen for orientation.

The options available on the iPod were: information in a range of languages and accessibility options; easily updated with information; ease of use due to the raised dot on screen. Unfortunately there were some drawbacks too: as the menus were not standardised, objects in the permanent collection require numbers to be typed in and exhibition object titles to be selected; they are restrictive for people who have arthritic hands; and they were not accessible to a wide range of middle-aged and older visually impaired people due to their not being familiar with using touch screens.

Access technology is catching up and as time goes on visually impaired people’s smartphone usage will increase. However, in the meantime, museums should not solely depend upon one platform to deliver accessible interpretation. At the V&A, visitors who do not use iPods or smartphones will not be forgotten, as we will provide the Furniture Gallery audio descriptions on a device which can be picked up on arrival at the Museum.

The RNIB PenFriend has been chosen as it is simple to use without having to know how to access complex hand-held devices or touchscreens. The PenFriend was developed to give visually impaired people independent access to information which they have labelled themselves at home. The museum sector is now adapting the PenFriend to give access to collections in the same way people would use them at home.  As an easy to use device, the Penfirend has won awards for accessibility. 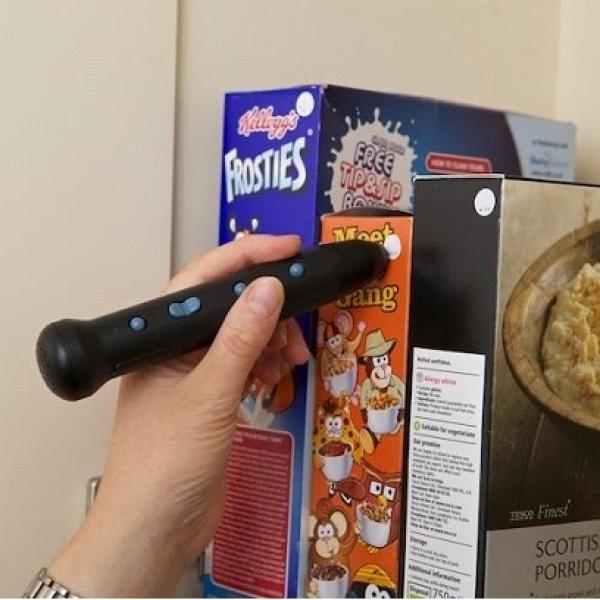 To use the PenFriend, the visitor only needs to switch the pen on and then tap it on to a label which triggers the audio automatically. The audio tracks describe the gallery layout, background on some of the furniture designers featured, as well as guiding visitors when investigating touch objects permanently installed in the displays. The V&A will make the Penfirend available for visitors to pick up from the information desk at Cromwell Road. In years to come all technology will be accessible for visually impaired people including smart phones. Until then, the V&A will continue to provide additional assistance.

Find out more about our access facilities and events at the museum: