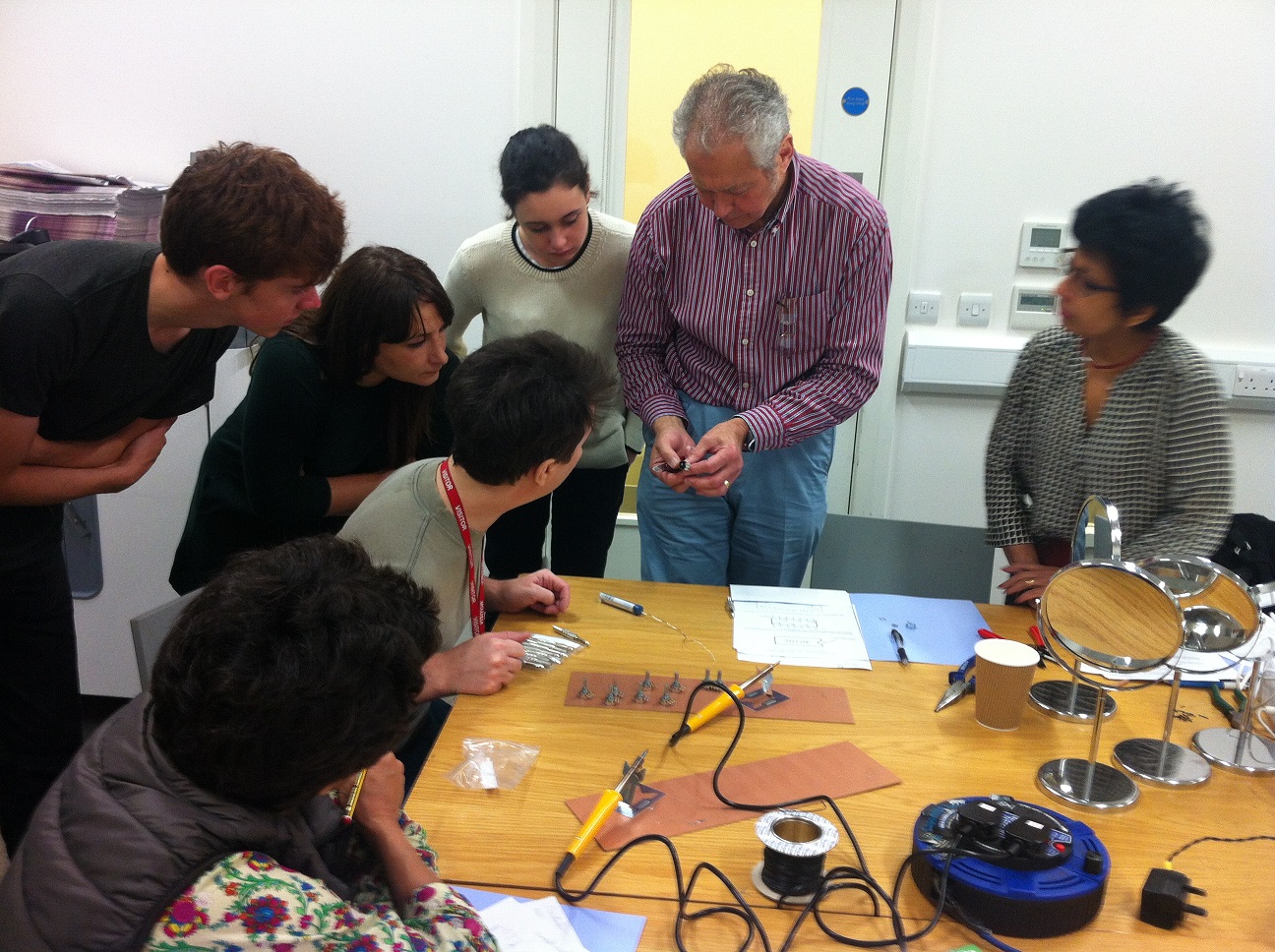 Last Saturday the lecture theatre was awash with sound and light as the V&A played host to a special performance by participants on the practical workshop Playing with Light. The course was led by UK based musician and artist Leafcutter John. http://leafcutterjohn.com 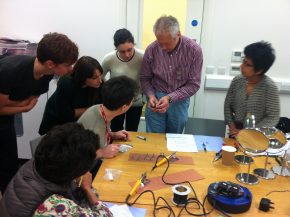 The aims of workshop were to explore and experiment with simplicity to create complexity; to make an oscillator, an electronic device used for the purpose of generating a signal; to understand circuits and to find ways to play together as a group. 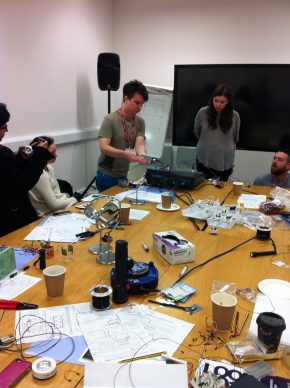 The day began with an introduction to the components, the students were then set the challenge of making these mundane functional electronic parts subversively repurposed to create sounds. 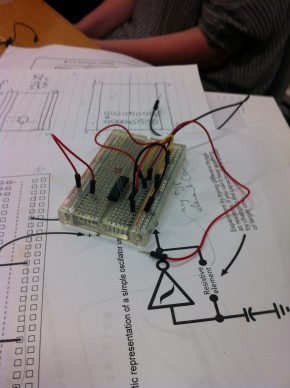 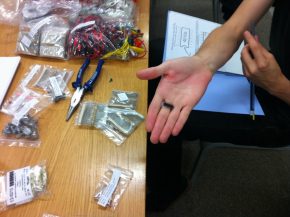 The group worked together to prepare the materials, dismantling components and then soldering and tinning wires to their jack plugs. 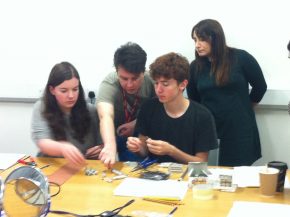 Next up followed an explanation about resistors (including an unusual sausage analogy!) and a quick introduction to potentiometers –simple devices that provide variable resistance. The group learnt about circuits and then attached the chips, jump wires, capacitors and resistors to their breadboards. 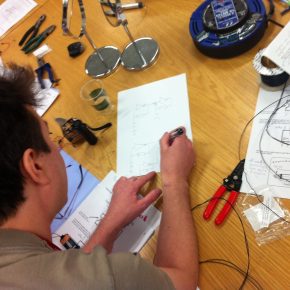 After lunch the group experimented with sound, using big and small capacitors to create high and low pitches, playing with potentiometers to control volume, and creatively using different light sources to tremendous effect! 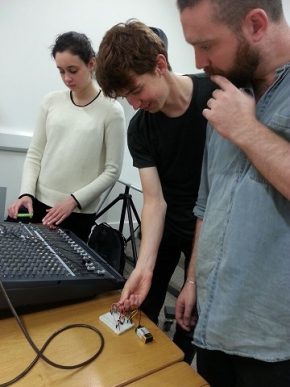 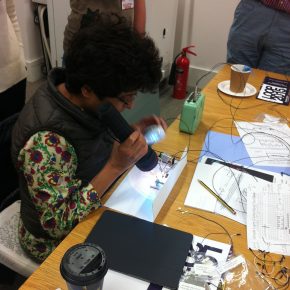 Using a 10 channel mixer the group explored different techniques, collectively experimenting with the idea of playing together. 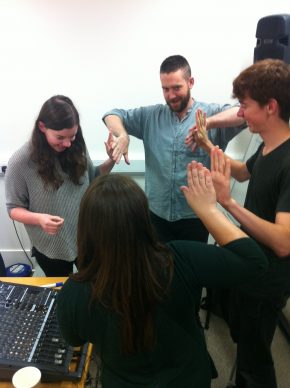 With their new found skills the group took to the stage where the day culminated in a one off, innovative and truly impressive performance of light controlled music. 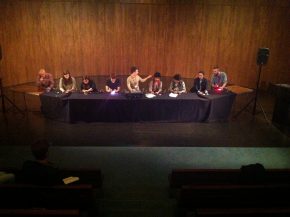 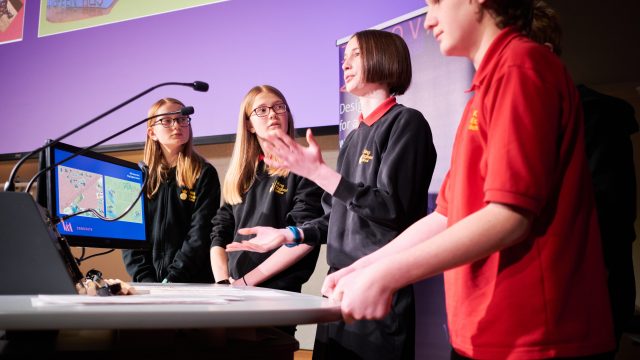 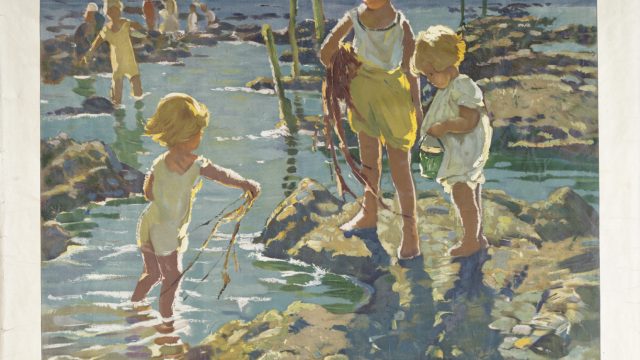