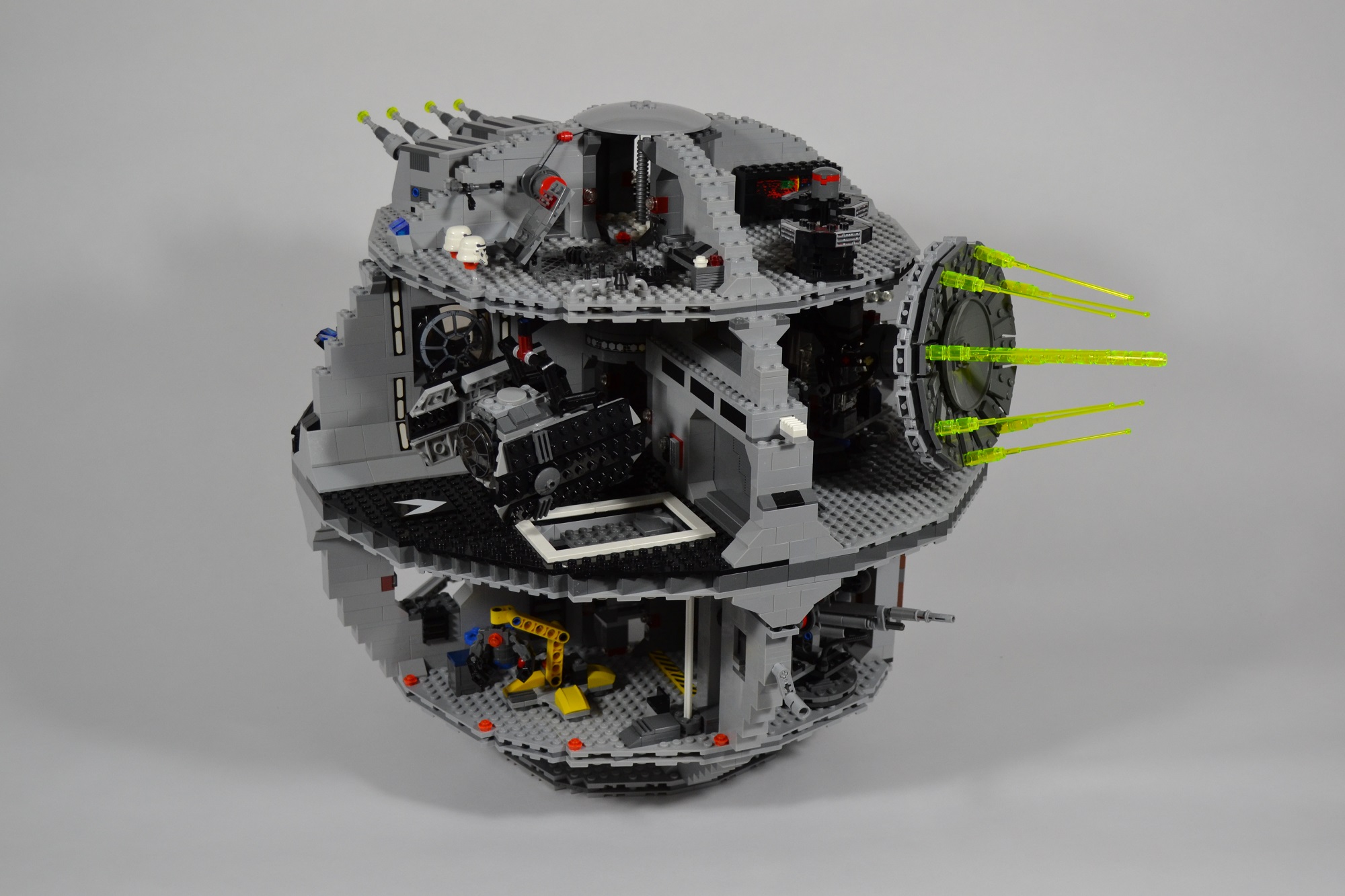 A quick note about a new acquisition made by the MoC this month: a LEGO Star Wars Death Star.

The eagle-eyed and long-remembering among you might remember seeing this object in our War Games exhibition, recently returned to us from Plymouth City Museum after two years on tour. It was shown in the final section of the show, ‘Reality to Fantasy’, displayed on a rotating mount so all sides could be viewed. There is a lot to take in. With 3803 pieces, the Death Star is the fifth largest LEGO set (as of September 2015), and was the third largest at its launch in 2008. It is in fact the second Death Star Lego have produced, the first was launched in 2005 as part of the Ultimate Collector’s Series, a line of more complex and detailed sets aimed at older ‘builders’. This Death Star has scenes from the two original Star Wars films which featured the space station, A New Hope and Return of the Jedi, as well as twenty-four minifigures representing well-known characters from the movies.

Given its importance to the history of toys and particularly construction toys, it is no surprise that the MoC already has a good collection of LEGO products. At present, we hold a good mix of licenced sets and LEGO’s ‘in-house’ themes, such as ‘City’. In terms of the large, complicated sets, however, Lego is relatively underrepresented. The Death Star is very much a luxury toy, brand new in 2012 it cost £274.99. This comments on two things: firstly, it questions if sets such as this are really toys at all, given their high cost, complicated nature and relative fragility; secondly, it further highlights the continued successful merchandising of the Star Wars films, something which was a game-changer in the late-1970s in terms of commercial possibilities for films.