Today is the one year anniversary of the Opening Ceremony for the 2012 Summer Olympics, and to mark the occasion Thomas Heatherwick’s cauldron model has been installed on display in the Prints and Drawings Study Room. 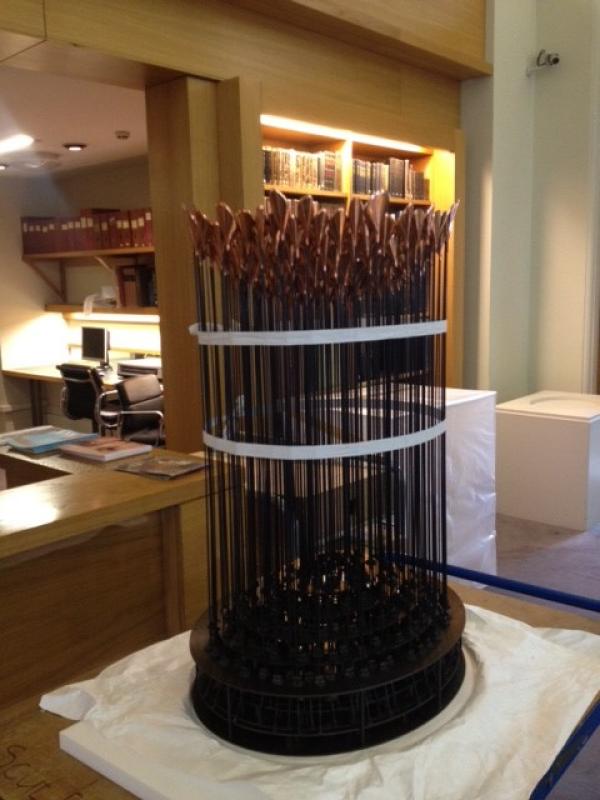 The model arrives in the Study Room and is taken out of its packing crate. © Abraham Thomas 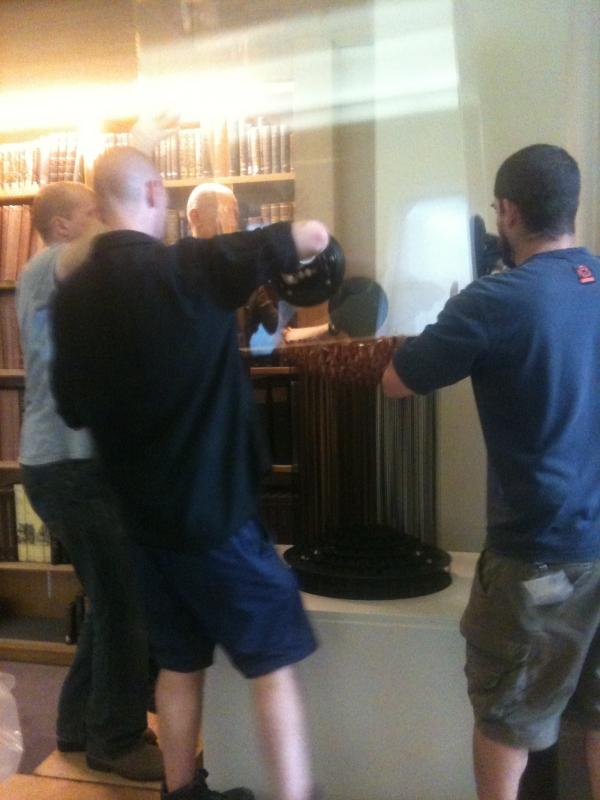 The V&A technicians carefully manoeuver the hood on to the plinth. © Roisin Inglesby

The Heatherwick Studio do all of their model-making in-house and the model is remarkable for its level of detail and craftsmanship. It is built to scale and as in the original cauldron, each of the 204 miniature copper petals in the model (representing the 204 countries competing in the Games) is unique. 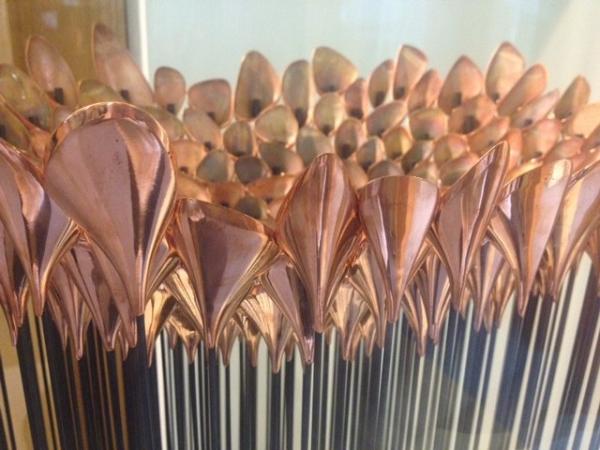 A close-up of the petals. © Abraham Thomas

This is one of a number of architectural and product design models in the V&A’s collection, which range from proposals for inhabitable spaces to designs for kitchen equipment to historical reconstructions. Like designs on paper, models can represent different stages of the design process and serve different purposes, such as presenting a proposal to clients, testing new ideas, or commemorating objects that have already been built. In this case, the ‘real’ cauldron was intended as a spectacular but ephemeral moment, and so the model was built as a more permanent record of its design.

The model was created by the Heatherwick Studio workshop for last year’s V&A exhibition ‘Heatherwick Studio: Designing The Extraordinary‘ and is an exact replica of the cauldron commissioned by LOCOG (London Organising Committee of the Olympic and Paralympic Games) for the Opening Ceremony where it was unveiled in front of an estimated global TV audience of 900 million.

While we’re not expecting quite that many visitors to the Study Room, the model is now placed on open display and available to everyone. Please click here for details of the Study Room’s opening times. 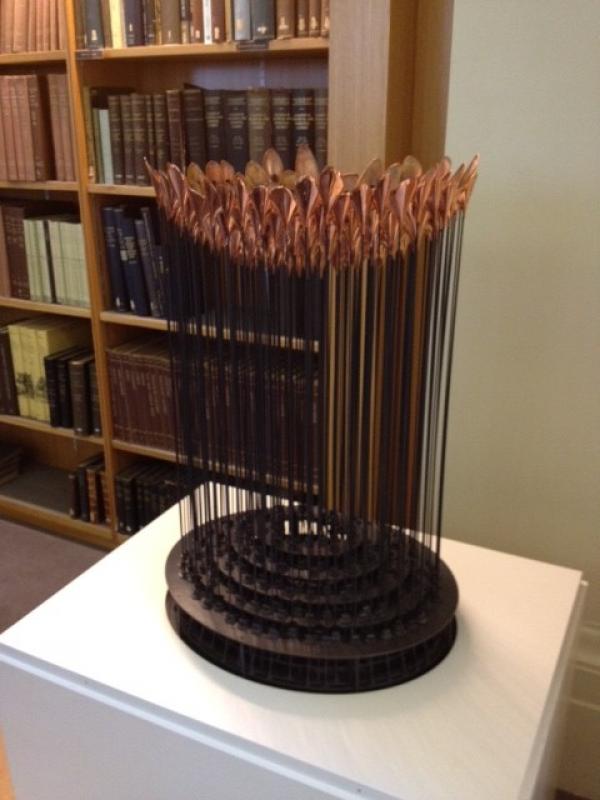