It’s 30th November, also known as St Andrew’s Day. What a perfect time to celebrate Scottish design with a look at some fine examples of Caledonian craft.

We begin with an object that was not just made in Scotland, it was made *of* Scotland. Scottish stones to be precise. This double scarf or shawl pin was probably made using ‘Scottish pebbles’ of agates and jasper. 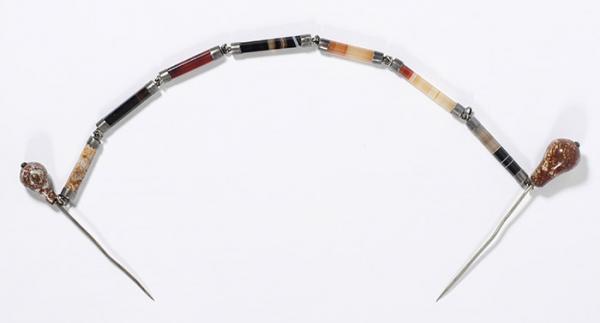 In the early years of the 19th century, the poetry and novels of Sir Walter Scott put Scotland on the tourist map. Queen Victoria and Prince Albert were very fond of Scotland, and Scottish pebble jewellery became a popular souvenir.

Scotland has produced some very influential artists and designers. One who made a lasting impact in the early 20th century was Glaswegian artist Charles Rennie Mackintosh. A leading figure in the Scottish School – a design group closely linked to Art Nouveau and Arts and Crafts – his recognisable style is still incredibly popular today. 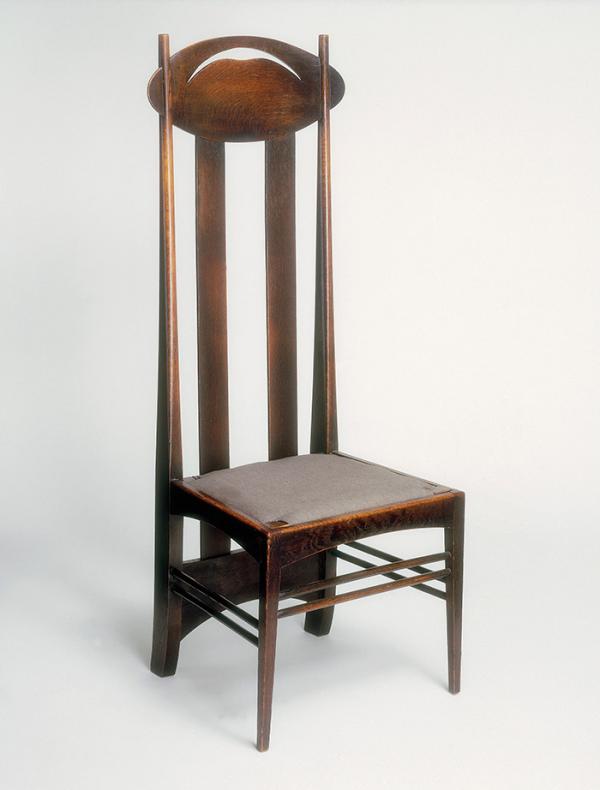 We couldn’t write about Scottish design without including a kilt. The tartan featured in this full Highland dress ensemble is now associated with the Anderson clan. 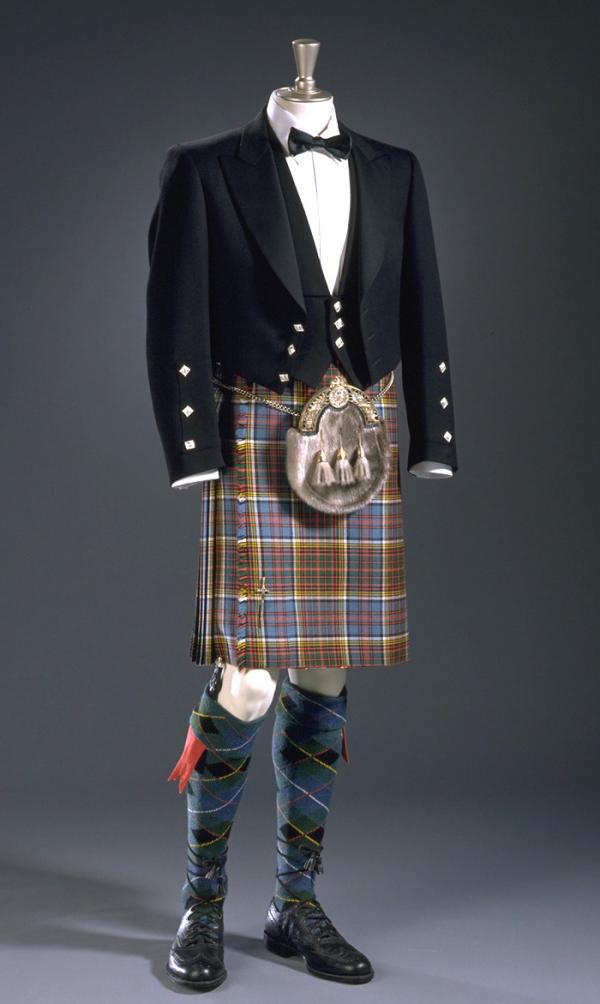 And finally, this cape represants Scottish needlecraft at its very best. This is an example of Shetland lace knitting. Garments such as these contain thousands of stitches, and were knitted on wires using very finely spun yarn. The tradition developed of passing the finished object through a wedding ring to show how light and delicate it was. 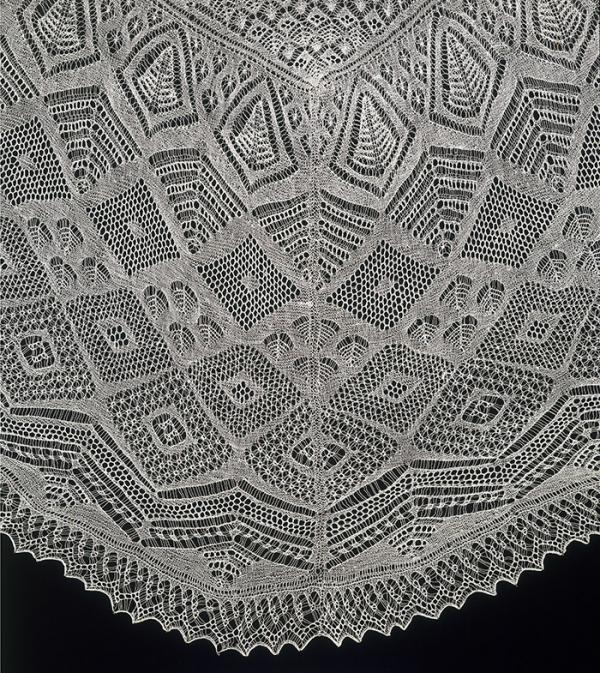 The knitters of Shetland were incredibly creative and invented the patterns that feature in their shawls, many of which have names taken from local features, such as ‘Ears o’ Grain’, ‘Fir Cone’ and ‘Print o’ the Wave’. If you would like to know more, the V&A website has further information about regional knitting in the British Isles and Ireland.

If this has whetted your appetite for Scottish design, head over to Search the Collections, where you will find a treasure trove of objects hailing from the Borders to Shetland. You can also learn more about the V&A at Dundee – our exciting project to develop an international centre of design for Scotland on the River Tay.