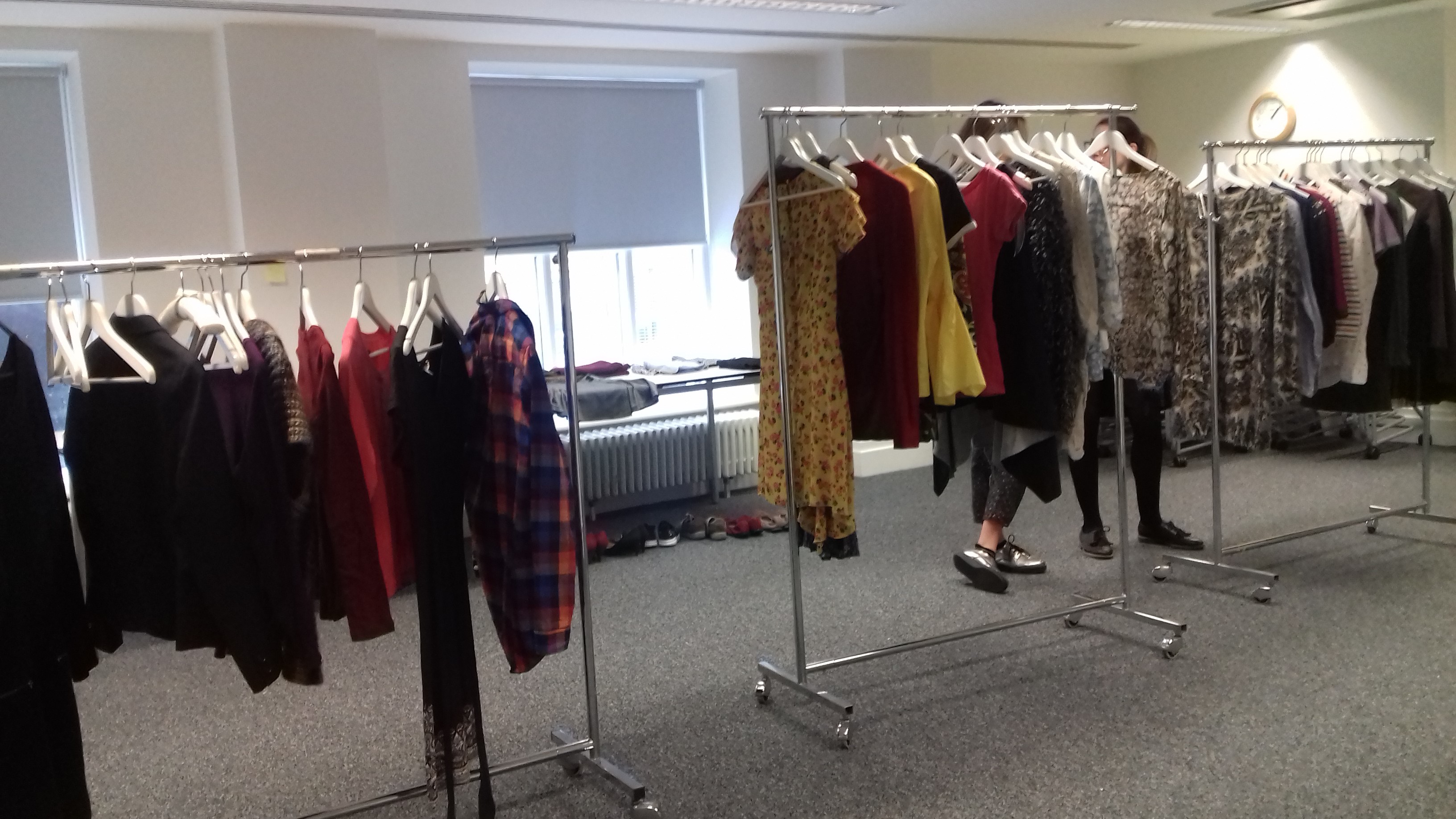 To celebrate Earth Day and the opening of Fashioned from Nature, the V&A’s Green Champions organised an all-staff clothes swapping event on Monday 23rd April. The Green Champions are a group of volunteers from different departments across the museum. Since January 2018, we have met once a month to support the V&A sustainability programme in collaboration with Julie’s Bicycle, a charity which supports institutions in the cultural sector to act on climate change.

Earth Day saw a lot of initiatives throughout the museum. The staff canteen removed all paper cups for the day, encouraging re-usable cups. Dr Bike repaired staff members’ bikes free of charge and the staff clothes swapping event saw many garments receive new owners and a new lease of life. The event was held in the training room above the staff canteen. We filled three rails and two tables with a variety of clothes from kids’ clothes to accessories. Staff members donated clothes in exchange for tokens, which they shared amongst themselves and co-workers, before coming back and taking a new (to them) item to add to their wardrobes!

Amongst the clothes were brands such as Oliver Bonas, Zara, M&S, Warehouse and more. Some clothes donated were initially bought by their owners in charity shops or passed down from friends and were now being re-used once more. Interestingly, we missed menswear in this collection. The visitors were very enthusiastic about the event, but if the event were to take place again and we had more time to spread the word, we would hope for a more inclusive and diverse collection.

The facilities opposite the training room acted as an efficient changing room as groups of people started to try on clothes, offering friendly feedback and commenting on garments they had donated that were now being worn by a new owner. It was nice to see clothes being swapped directly; this interaction was a great opportunity for both parties to discuss the reasons for donation and new-found ownership. Clothes that were donated were in great condition but often unused due to a change in style or size. The event gave these garments a new lease of life to be used and appreciated. By 2pm, we were left with just two rails and a table of clothes which were donated to our local charity shop the Octavia Foundation. 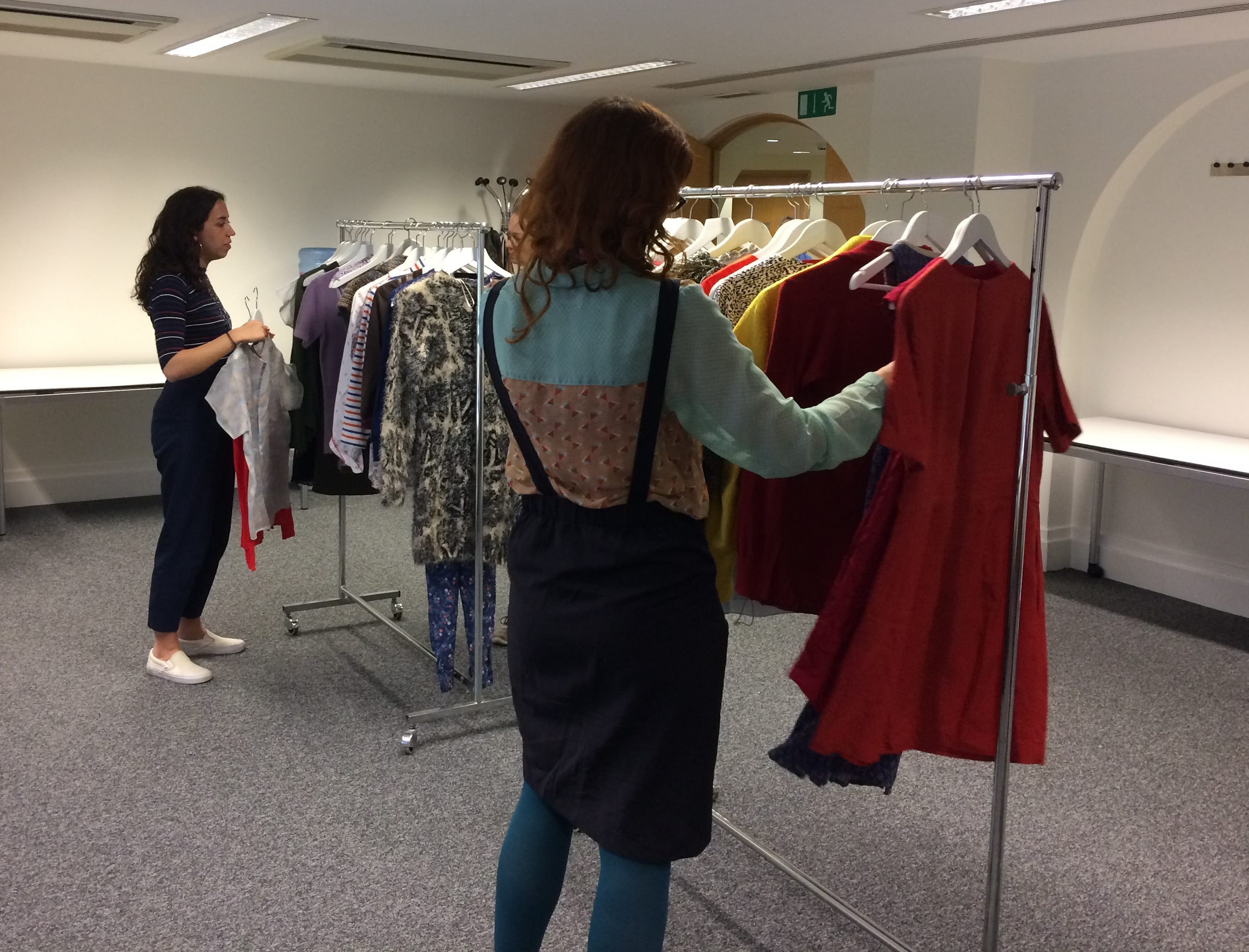 Anna from Retail swapped five items, including items given to her by friends, which were unworn due to size and style. She swapped these for a new pair of jeans and a black top. She liked the style of these and wants to customise the jeans to her own style.

One of my own items was swapped with Marina from Visitor Experience. This was a shirt from Laura Ashley I owned whilst I worked there and have not worn since. Marina particularly liked the vibrant colours and ‘60s pattern of the shirt.

The next blog post will give you a unique peek at a photographer’s perspective on Fashioned from Nature objects.