As part of the preparation for an exhibition, we aim to photograph all objects that have not been professionally photographed yet. Rob is one of our in-house photographers, who shares his experiences of photographing Fashioned from Nature objects.

The extensive variety of collection objects at the V&A never fails to throw up interesting challenges for the photo studio, and the various Fashioned from Nature pieces certainly proved no different. In this blog I will try to shine some light upon a typical shoot here in South Kensington, any obstacles encountered, and the methods we arrived at in dealing with them.

There is always a balancing act when photographing museum collections between the process of documenting an object in order to portray a true and realistic representation of the item itself, whilst also creating an interesting and stylish image that will capture the viewer’s imagination. 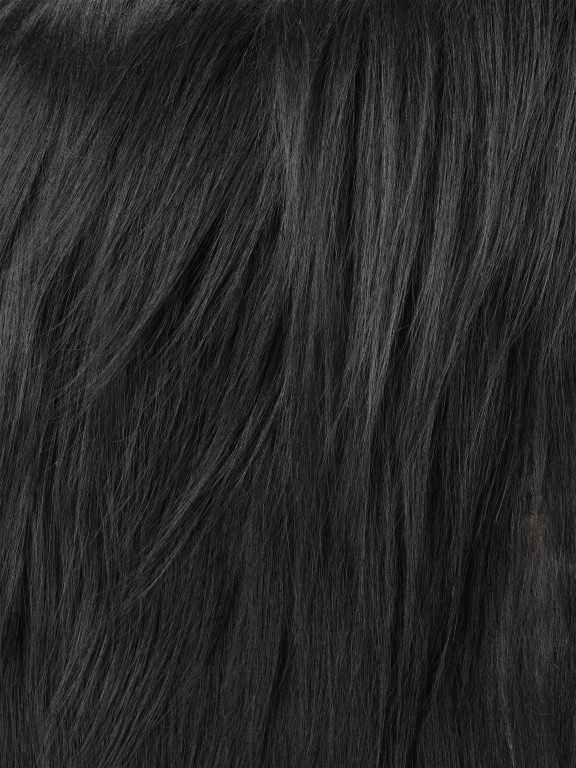 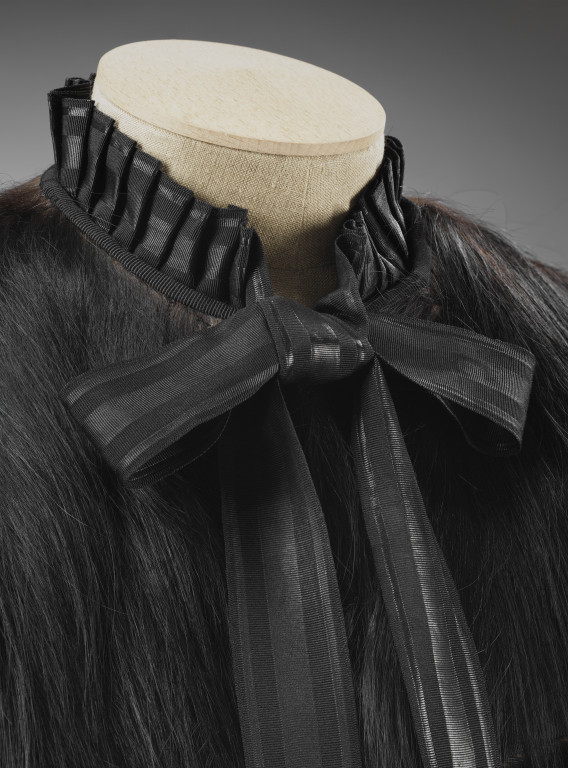 An extraordinary garment to warm up with proved to be the Colobus monkey cape, c. 1930s. One of the first things that strikes you as a viewer is the close similarity of the material to human hair, and this proved similarly interesting from a photographic point of view. Hair, especially darker shades, has a tendency to clump together, visually speaking, and as such achieving separation and definition between the different strands and subtle differences in tone can prove tricky. A strong, concentrated light would achieve this but also prove unsuitable for the overall look of the piece. Delicate clothing and textiles are more often lit with a softened, less harsh light source to give a pleasing evenness and sympathetic appearance, avoiding any harsh shadows that may show creases and imperfections more prominently, particularly with historical pieces. A combination of the two techniques was therefore used, with a large soft light overhead combined with a stronger, raking light source coming from the side of the cape, lighting across the hair and creating more definition. This is especially evident in the detail shot, and an important element to show, as the fur was valued for its dark glossy colour and length.

The background choice is often an overlooked yet important decision when shooting museum objects. Generally, a neutral white, grey or black is used – any bright colour can distract, rather than complement, the subject matter itself. I used a mid-grey for the monkey cape, which allows enough separation, without appearing too stark, as white or black can often do.

A very different object, with very different challenges, came in the form of the perspex handbag, c. 1950s. Clearly, the attractiveness of this piece lies in its translucency and delicate bird design, and its subtle motifs are only obvious under the right viewing conditions.

The trick when shooting an object such as this is to make sure the background is clean, clear, and has enough separation with the object. By controlling where the light falls and allowing the background in these images to go very dark, a clear contrast between the Perspex and the black backdrop is achieved, enabling the viewer to fully appreciate the beautiful and complex design. A certain amount of backlighting has also been used, to add to the luminescence and giving the handbag a visible ‘glow’. 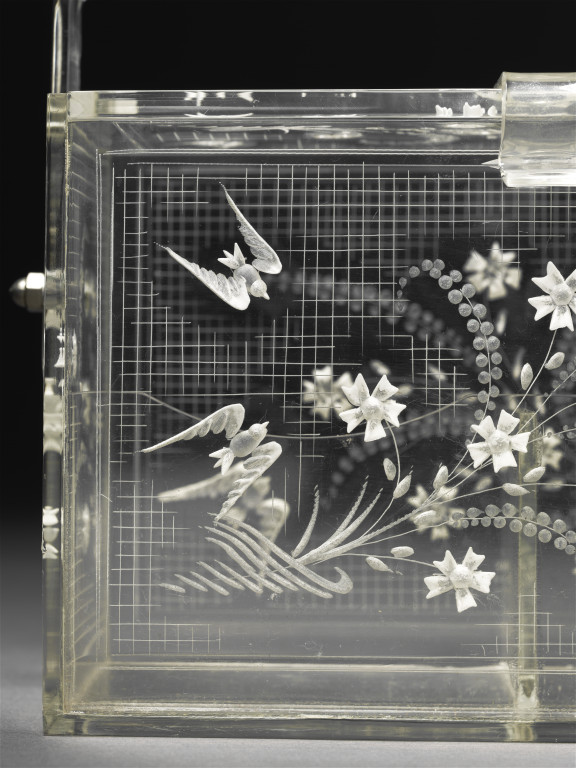 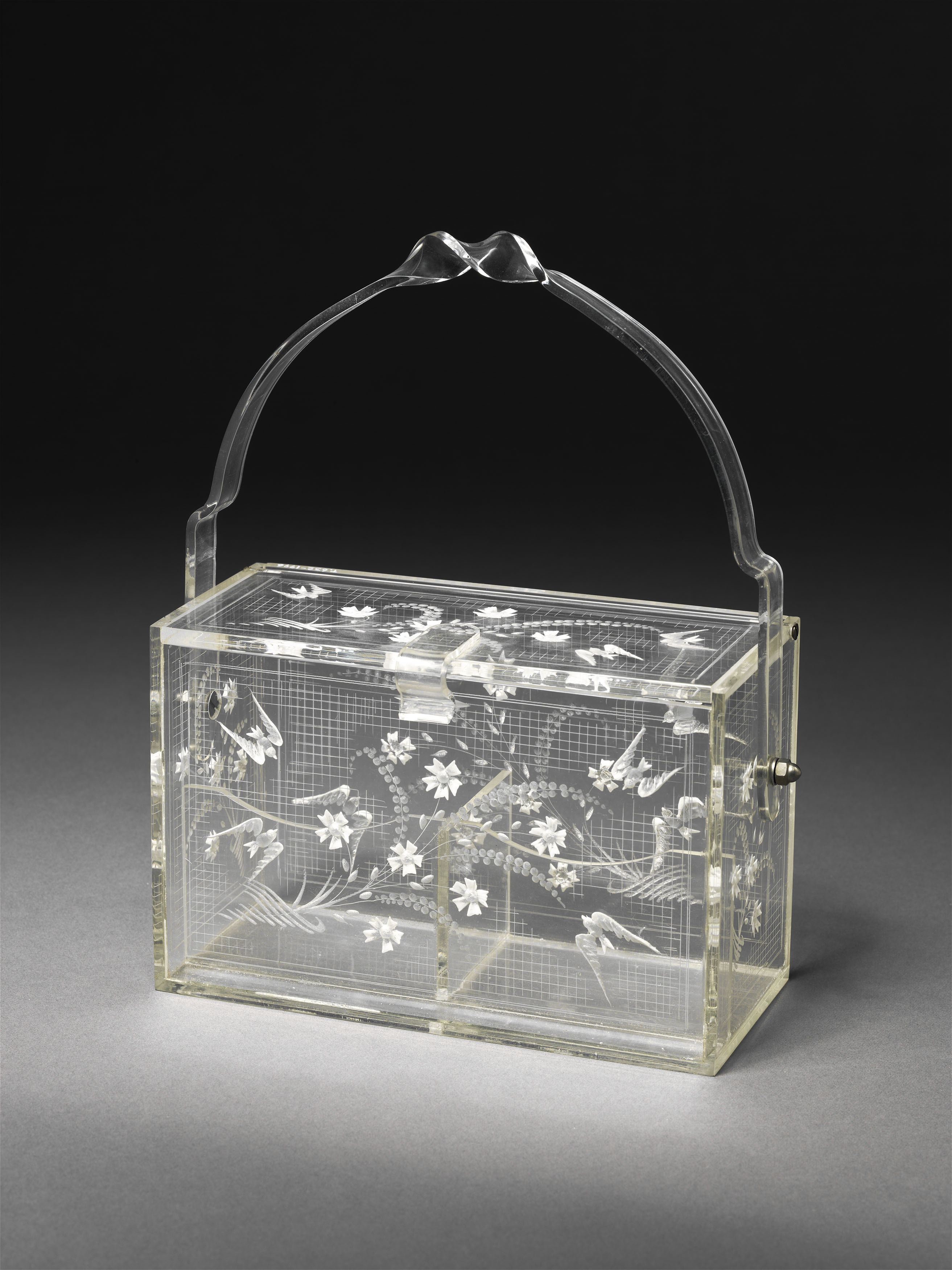 As object photographers here at the V&A, it is our job to make sure the images we create are honest and true to the spirit of the pieces we are shooting, but also act as a creative expression in their own way – photographs that will hopefully draw a viewer’s attention to an object and its story. Beautiful, fascinating, or thought-provoking subject matter can certainly help with this. With the Fashioned from Nature project, we were spoilt for choice.

Our next post will look at the production of the specially-made mannequins for Fashioned from Nature.