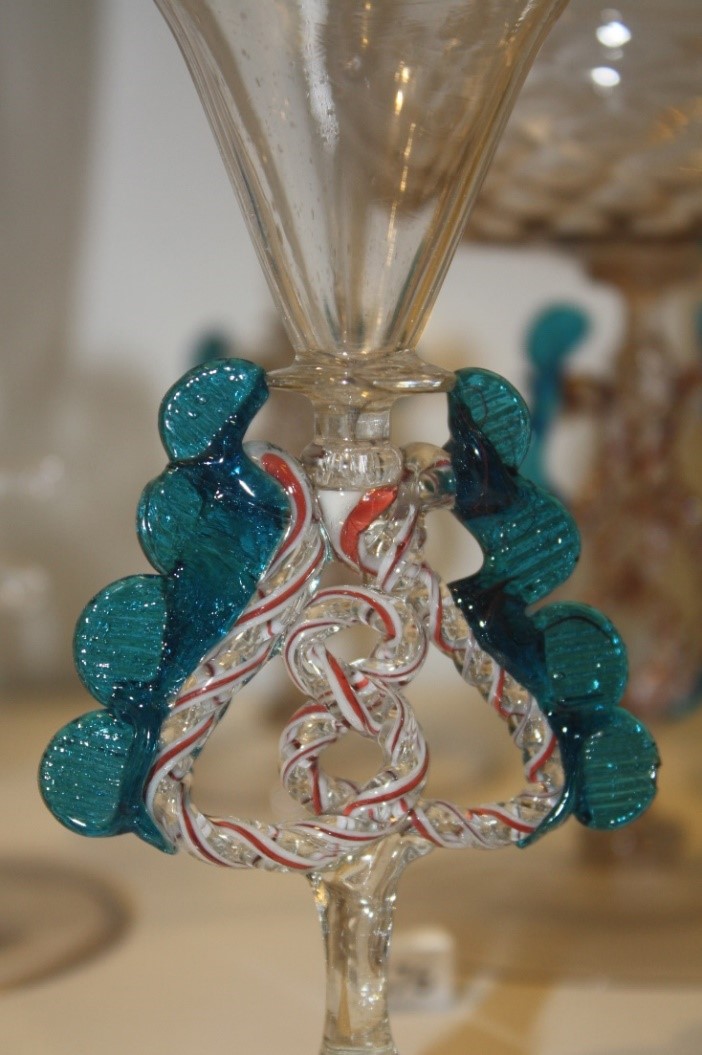 Spending a week of work experience in the research department of the Victoria and Albert museum has certainly been a new experience for me, and an enriching insight into what goes on behind the scenes at one of the most prestigious museums in the country.

My work was centred on the Intoxicants and Early Modernity project, specifically researching 17th century glass, mostly Dutch made but imported to England, which was found in and around London.

The experiences that gave me the most accurate idea of a career as a researcher were ones that involved frustration, and trying to follow ‘leads’ but ending up with no more useful information than I had started with.

For example, after having to be led to the Glass Gallery within the V&A, I spent a considerable amount of time looking for glasses that I thought looked typical of the Dutch Facon de Venise (‘Venice style produced outside of Venice’) and eventually came up with around nine different items.

I then went to the ceramics department, (I again, had to be led there) and asked someone to convert the gallery numbers into ‘museum numbers’ so I could consult the accession records for each individual glass. After spending an equally considerable amount of time trawling through these records (the majority of which were very fragile reference books from the 19th century) it turned out that two thirds of the glasses I had identified were actually from Italy, which was completely the wrong type of glass I was looking for.

While I at least found some examples of Facon de Venise glass unfortunately what I was really after was further information on the accession of these glasses of which there was very little information.

What I did find was that they were part of huge bequests from Victorian collectors, who didn’t seem to take any interest in learning more about the background of their collections. What seemed to be most important to these collectors was what the object looked like and acquiring more of them. Consequently I found very little of any use in these records.

Despite the obvious frustrations of the job, I did get to experience the satisfaction of success, the joy of discovering something that has taken a lot of effort to find. An example of this is after spending a morning trawling through 17th century wills and inventories, staring at them until they made any sense. Specifically looking for indications that these people owned any glass drinking vessels, I finally came across an inventory of a certain Valentine Gamull from Chester, who, to my great relief, had two examples of a ‘glass case with glasses in it’.

This may seem like a very small achievement, but after 3 hours of trying to read about what wealthy, dead people had in their houses, it was a satisfying conclusion. This helped me to understand why people become researchers, and more significantly, how and why we know about past lives, and the origins of our cultures today