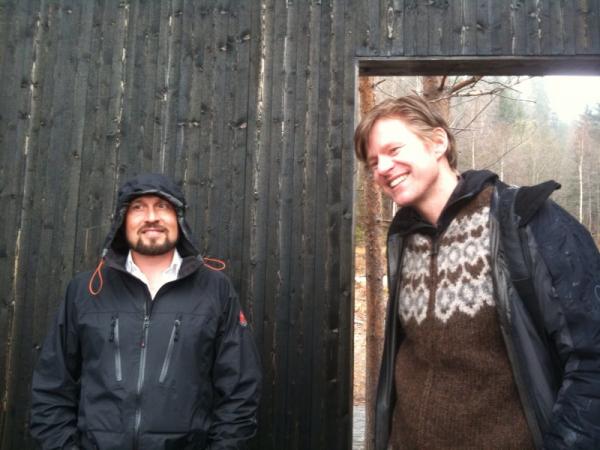 Last night I travelled from Stavanger to Oslo to meet Sami Rintala and Dagur Eggertsson, the partners of Rintala Eggertsson Architects – and the designers responsible for the ‘Ark’ book tower which will be situated by the V&A National Art Library staircase, forming part of the ‘1:1’ exhibition. We drove for a couple of hours to reach Seljord where Sami (above, left) and Dagur (above, right) are involved in a number of projects in the local area. The images shown above and directly below are both of a project they have just finished – the ‘Smoke Sauna’, positioned right on the edge of Lake Seljord (which happens to be Norway’s equivalent to Loch Ness – complete with its own mythical lake monster!)

This project, as with the two other projects I saw today, is the result of extensive, detailed, community consultation workshops which form a key part of the way Rintala Eggertsson develop their projects. 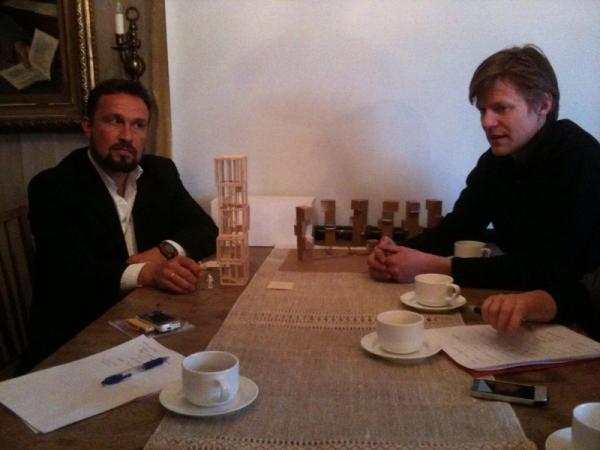 Here, Sami and Dagur lead a workshop for their biggest Seljord project so far – a watchtower which provides a range of views of the surrounding lake (and the Norwegian Nessie!).

…and here we see the workshop move outside, to the site itself…

We also drove up into the mountains to visit their Lake Seljord Viewpoint project – a series of intimate shelters for ramblers and hikers…and we were welcomed with much-appreciated cups of coffee and a roaring fire (all provided by the owner of the shelters – one of the local Seljord community, who has been collaborating with Sami and Dagur on this project). 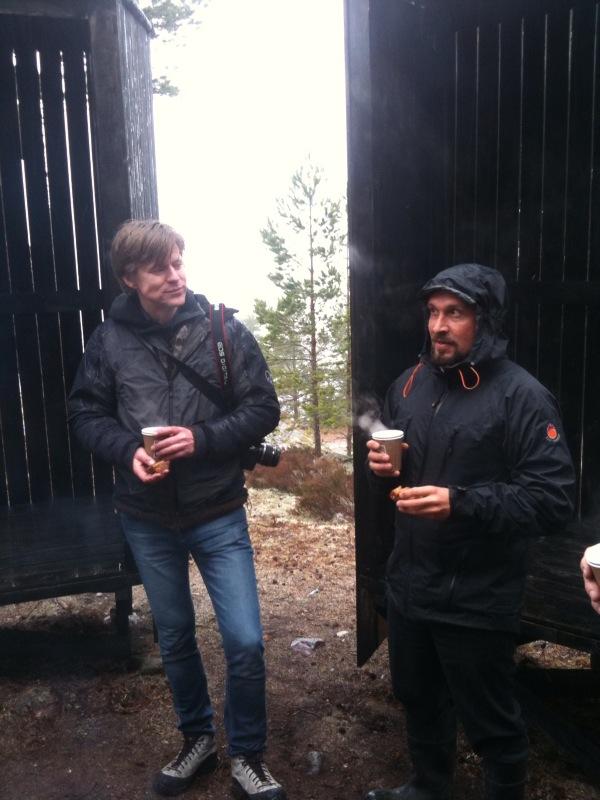 I am told that there are amazing views of Lake Seljord from here – but the fog was far too dense unfortunately. What I find really interesting is that in addition to working with the local community, Sami and Dagur have also invited architecture students to take part in the design/building process – students from the Politecnico di Milano and Fredrikstad Scenography School contributed to building the Smoke Sauna project, for example. Sami and Dagur are hoping that they will be able to invite students to take part in the build for the ‘Ark’ book tower at the V&A in June, which will be a nice parallel to our collaboration with the RCA students on Terunobu Fujimori’s structure (‘Beetle’s House’).