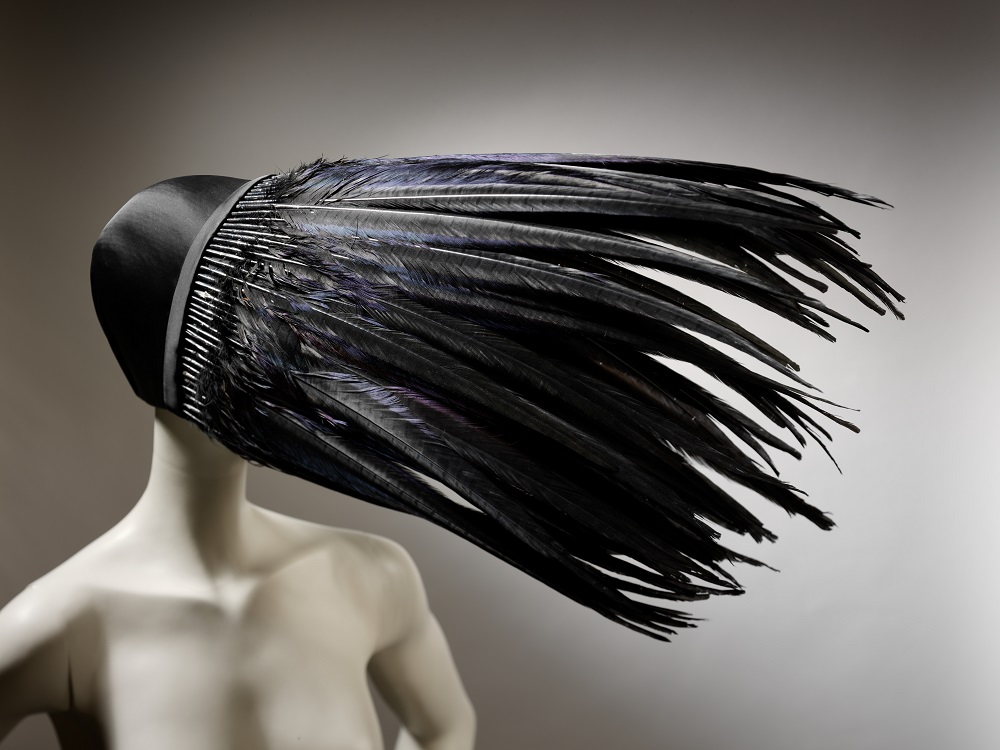 Jenna Banat is a volunteer in the Furniture, Textiles and Fashion department here at the V&A. In the second in a series of three blog posts, Jenna is going to take a look at some examples of feather hats in our collection.

During the twentieth century, the ideal image for women was to look delicate and graceful. Long hair was pinned up high to accentuate a long, slim, neckline and created a perfect platform for Belle Epoque hats which were very large and designed to balance and set off the whole female silhouette. For these hats, Milliners could experiment with silks, velvets, ribbons and artificial flowers, and most of all, feathers. During this time in Paris there were 800 plumassiers or feather-making workshops. Not just feathers, but also stuffed birds were used for decoration on hats. These delicate feather decorations swayed tantalizingly with every movement and were the perfect fashion accessory to achieve the desired look of dignified pride and delicate vulnerability.

Feather decorations on hats have always been a sign of wealth and a status symbol. Plumes were available in a multitude of varieties, colours and textures. There were also shiny cockerel feathers, fluffy marabous, colourful pheasants, dramatic ostriches, wispy ospreys, herons, or bird of paradise feathers.[1] Feathers were imported to Europe in huge quantities from America and South Africa. It got to a stage, however, that exotic birds all over the world were suffering near extinction. The RSPB (Royal Society for the Protection of Birds) was founded in 1889 in England and after repeated campaigning, Queen Alexandra agreed to ban ladies from court if they had osprey feathers on their hats. This gesture led to a ban on using feathers of many other endangered birds too. This did not decrease the number of hats made with feather decorations however, it just encouraged milliners to use their creativity and design hats using feathers from farmed ostriches, pheasants, ducks and cockerels instead.

Jo Gordon (b. 1968) is a designer and graduate from the Royal College of Art specialist millinery course, to which only one or two places are offered every year. Gordon donated her hat ‘Kiss of Death Bonnet’ to the V&A collection in 1996, and it has since been exhibited in the exhibition ‘Hats: An Anthology by Stephen Jones in 2009 and in ‘The Cutting Edge: 50 Years of British Fasion 1947-1997’.

Jo Gordon takes the traditional structure of a 19th century mourning bonnet to extremes with her 1994 hat, Kiss of Death. The long, menacing feathers project forward over two feet in a tunnel-like brim, which virtually obscures the face. Rather than simply offering protection from the elements, this bonnet takes an aggressive and dramatic stance, distancing the wearer from the world. Comprised of satin and pheasant feathers, Kiss of Death combines modern design techniques with traditional materials found in the artist’s native country of Scotland.