London shoppers can forget about Charlotte, Carrie, Samantha and the redheaded one for two weeks, because later this June, the four guys from aberrant architecture and the House of Jonn will be bringing the collaborative noise to Oxford Street! 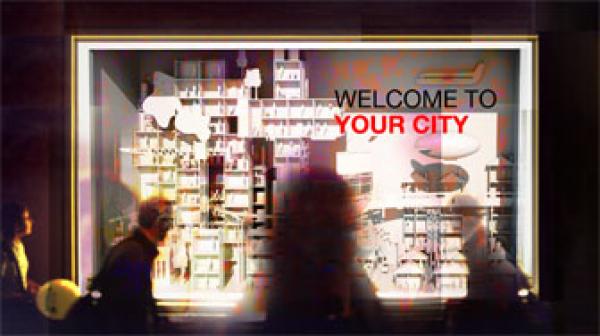 In preparation for the aforementioned ‘noise’, we have been meeting with the production team at Selfridges to discuss the ins and outs of our upcoming pop-up residency at the department store. Basically, we will be decamping to the Selfridges’ Wonder Room Windows on the 16th June, where we will spend a fortnight transforming our temporary new home into a large-scale cityscape. 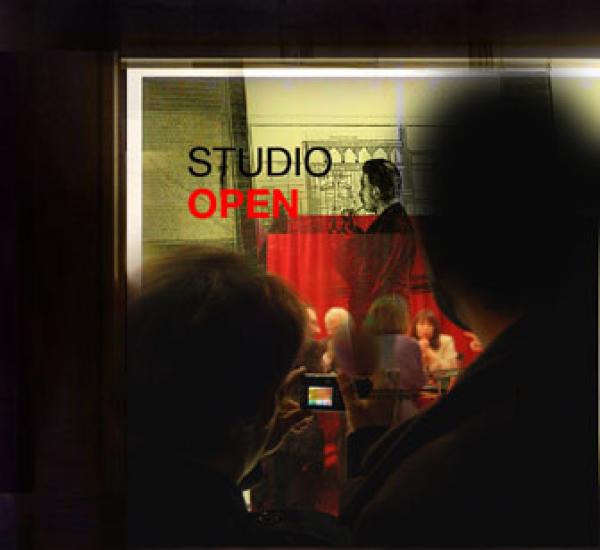 aberrant and the House of Jonn will be building the cityscape day by day and brick by brick. The Wonder Room Window will become our studio and the progress of the installation will be visible to the shoppers who walk up and down Oxford Street each day. But before we get started, we are tendering for your ideas on how to make our huge model city as eclectic and representative of the diverse – and perverse – inhabitants of this here fair city. Please swing by Selfridges during our pop-up residency and have a peep at us through the glass. Provided everything is going to plan, we should be the only mannequins in the shop window with working arms and discernible genitalia!

Drinks by the Grand Piano

On Thursday we attended the Renzo Piano lecture and drinks reception at the V&A. Piano was on great form and his enthusiastic lecture took the audience for a quick spin around his architectural projects from the previous three decades. 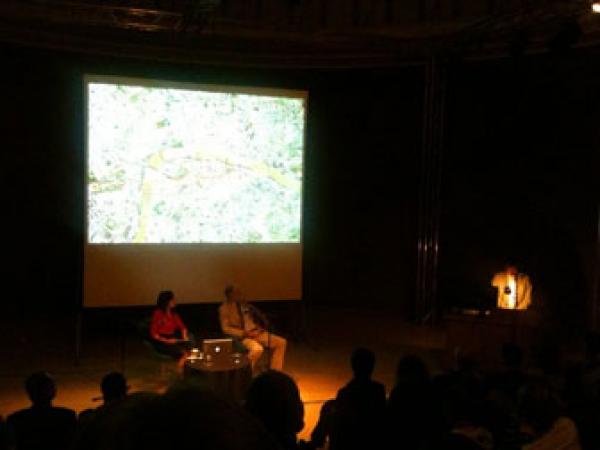 We particularly enjoyed the photographs of Renzo collaborating with his engineer Peter Rice. The pictures looked like they were taken in the late 1970’s, but saying that, we can only hope that the documentation of our upcoming collaboration with the House of Jonn will look that cool in 30 years’ time! Afterwards, Renzo focused on his contemporary building projects in London: the recently completed candy colored building called Central St Giles, which is close to Tottenham Court Road, and the shard of glass by London Bridge, which currently looks more like a pillar of steel.

Mrs Sackler in the Ditch…

The aim of the Dr Mortimer and Theresa Sackler Foundation is to advance the fields of art, science and medical research in the UK and elsewhere. The Sackler Centre in the V&A, alternatively known as the home of the aberrant architecture studio, is a topical example of the Foundation’s philanthropic initiatives.

In effect, the Sacklers have given us a roof over our heads for six months. Therefore, when Theresa Sackler visited us in the studio this week we were delighted to show her the mess that we’ve made of her bequest. Luckily, Mrs Sackler was undeterred by the maximalist décor. She happily waded through the paper, plastic and cardboard constructions leftover from our multitude of school workshops, and she seemed to enjoy the equally messy chat that comes along with the highly unrefined aberrant architecture studio tour.

Oddly enough, she showed more interest in our commission to design the interior of a bar in Shoreditch than our upcoming installation at Selfridges. Apparently, the Ditch has long been on Mrs Sackler’s radar of must-see things in London, if only she had a reason to visit the area…

Being the genial hosts and the perfect gentlemen that we are, we quickly got the hint and invited Mrs Sackler to the opening of the re-designed bar. However, Mrs S is already proving her hipster credentials by playing it cool. She told us she might come, but she would more likely send her offspring in her place.