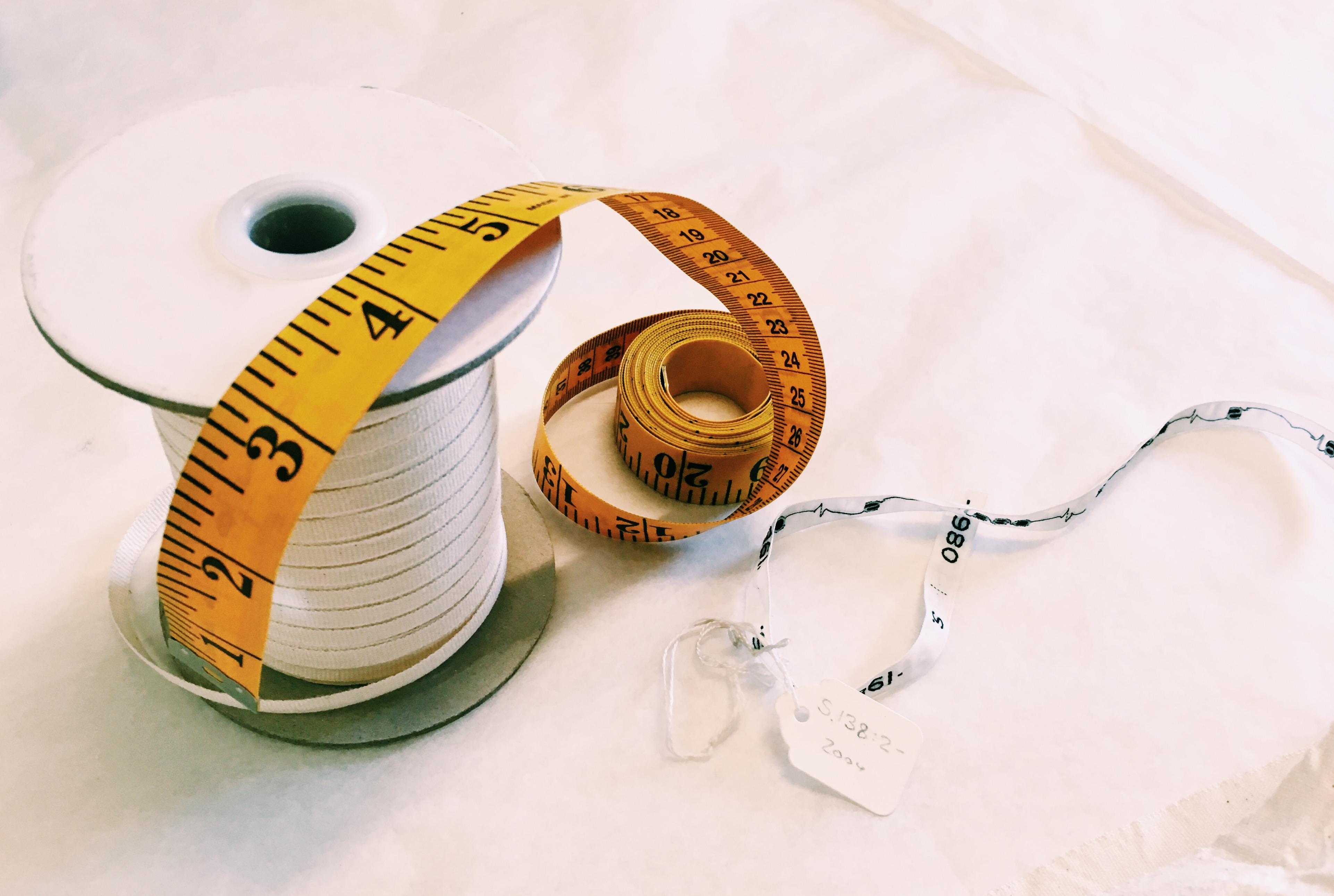 A little bit of Hollywood at Blythe . . .

This Advanced Works blog post will focus on the V&A’s wonderful Theatre and Performance collection with a specific focus on the BFI (British Film Institute) costumes and objects stored at Blythe House. 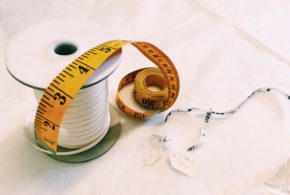 This archive lives within the V&A’s celebrated collections of fashion and stage costumes in the Theatre and Performance stores. It is currently undergoing a detailed process of auditing, photographing and packing ready to safely vacate the stores. There are over 3000 costumes, most of which need to be individually checked, photographed and packed ready for the looming decant. This is a mammoth task and the team have already prepared over 800 ready for the big move in 2023.

The BFI costume collection was assembled over a 20 year period from the late 1970s to 1998 by The Museum of Moving Image. And was formally acquired by the V&A during the summer of 2014. It contains a wealth of historic and significant film costumes worn by major performers and designed by some of the 20th century’s most important film costume designers.

One of the most memorable costumes I have worked on during the Advanced Works project has to be The Bride of Frankenstein ‘Monster’ costume.

The Bride of Frankenstein was directed by James Whale (1889 – 1957) and starred Boris Karloff (1887 – 1969)  who is remembered today for a series of iconic ‘monster’ roles in the 1930s.  The costume was designed by Vera West (1900 – 1947) who also designed many of the celebrated horror films of the era including Dracula (1931) and The Mummy (1932). The costume itself is made up of wool based garments, it was mounted onto a mannequin and used for camera and lighting set-ups, allowing Karloff to rest between filming. The total height (including his boots) measured a whopping 203cm.

It took three technicians to move the monster safely out of the Theatre and Performance stores and onto a (very) long open trolley, already prepared and padded with tissue and straps to support the heavy wooden frame within the costume.

Once strapped securely to the trolley, Frankenstein was transported to the photography studio located on the top floor at Blythe House. To support Frankenstein’s great height, there was an adjustable metal pole attached to the ceiling and floor to prop him against, the photographer could then edit the pole out of the finalised image. Due to his height and weight, it was agreed that this was the safest method to use during photography.

The torso was a good place to support the body against the pole so I cut down a strap and covered it with acid free tissue, the jacket covered it up nicely. The Monster appeared as if he were free standing, but in reality was tightly secured to the pole, ready for the photographer to work his magic. 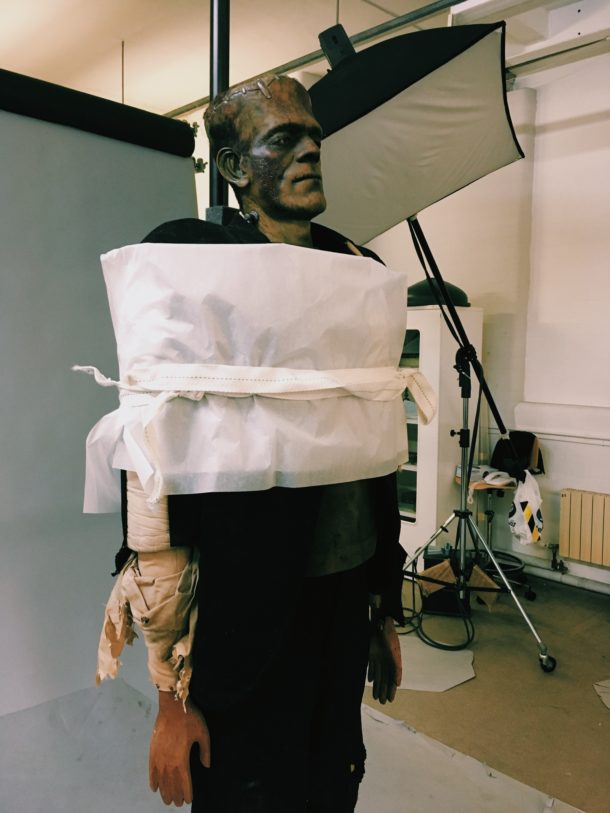 The final images on search the collections look really effective and prove how important it is to make objects accessible on a digital platform all whilst conserving and capturing an infamous costume as successfully as possible. There’s a really eclectic mix of costume in the stores and there’s never a dull moment being surrounded by these important historical pieces. I look forward to sharing more exciting progress made with the Theatre and Performance costume collection during the Advanced Works project . . .

All I can state that I truly delighted in perusing this stunning post.
http://signworlduae.com/pop-display-stands-dubai/

I truly glad to discover your article and I have felling great after read this post since it giving great data. Much thanks to you for sharing this article.