During the early works of the decant, the Advanced Works team have been lucky enough to handle and photograph some very interesting objects that are stored in the Clothworkers’ Centre at Blythe House. One requisition that stood out in particular was to assess, measure, and photograph a seven piece tapestry that would eventually need repacking, ready for the move out of Blythe House in 2023.

The tapestry in question is one made by Archie Brennan commissioned for the luxury InterContinental Hotel in London. Between 1968 and 1975, work began by Sir Frederick Gibberd on the design and construction of the hotel whose other notable designs include Liverpool Metropolitan Cathedral and London Central Mosque in Regent’s Park.

Archie Brennan is known for bringing about a revival in tapestry weaving and design in Britain. He trained as an apprentice tapestry weaver at the Edinburgh Tapestry Company, subsequently known as the Dovecot Studios. The museum is fortunate enough to have a wonderful range of Brennan’s work in storage and as this being the largest it is vital that the object is moved in the correct way to preserve it for future reference. 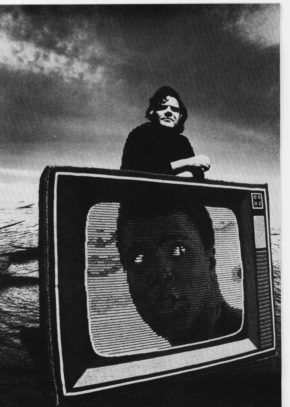 Brennan’s piece is currently stored on a shelf in Clothworker’s Centre in custom made Tyvek covers wrapped around each individual piece. This is a temporary storage option for the object and it was discussed that custom made boxes would be a more suitable option for the tapestry to be kept in during and after the museum move.

A long trolley was used to transport each piece of the tapestry as it was particularly heavy. Once placed on sheets of polythene the tapestry was then arranged in order to match how it looked hanging in the lobby of the InterContinental Hotel. This made it much easier for photographer Kieron to piece the final image together, ready for it to be uploaded to the museum database.

The hanging was incredibly dirty after spending years on open display in the busy foyer of the hotel, exposed heavily to air and traffic pollution and smoking. After assessment it was agreed that it would undergo cleaning by Conservation to restore it to its original colour (refer back to the image of the tapestry in the hotel) this is due to happen in the very near future and I will post a ‘before and after’ about the incredible transformative work happening as part of the Advanced Works Project. 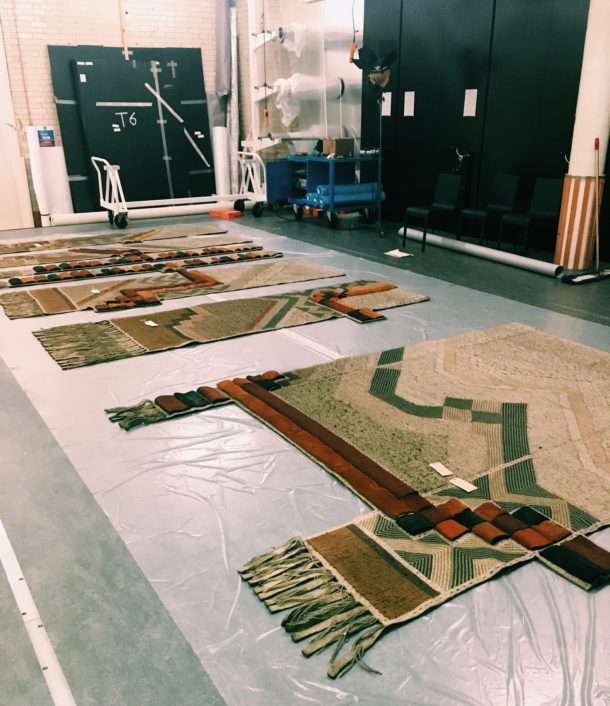 The tapestry took up most of the space used for record photography and was one of the more complex objects I have had to assess and move during the early works of the project.

Once the object was carefully placed into position, photography commenced and each part was systematically uploaded onto the museum system. This piece is considered a ‘large and complex’ object, which ultimately means that the time it takes to photograph and upload is much longer than smaller objects in the museum due to its size and intricate surface. It took two full days for photography to be completed on the Brennan tapestry and extra time to stitch together the final image on the computer. All these aspects are taken into consideration when assessing objects for large scale photography. Plenty of time is allocated to successfully record and assess the relevant information for the museums catalogue and for the approaching move out of the Blythe House stores.

Due to the complex nature of the tapestry, it was agreed that a roller was an unsuitable permanent storage solution as the pockets in the tapestry are padded with wire mesh supports to enhance the shape of some details on the hanging. Made to measure boxes will support and retain these features during the move to another storage facility.

This is just one of the many important aspects of the Advanced Works project I am sharing with you, I believe it highlights the significance of the project for the eventual move out of Blythe House. It is vital that any issues with storage for multifaceted pieces such as the Archie Brennan tapestry are prematurely resolved to avoid any unnecessary obstacles once the decant is in full swing. I look forward to sharing the images of the tapestry following its thorough clean by Conservation over the next coming months.

A roller was an unsuitable permanent storage solution