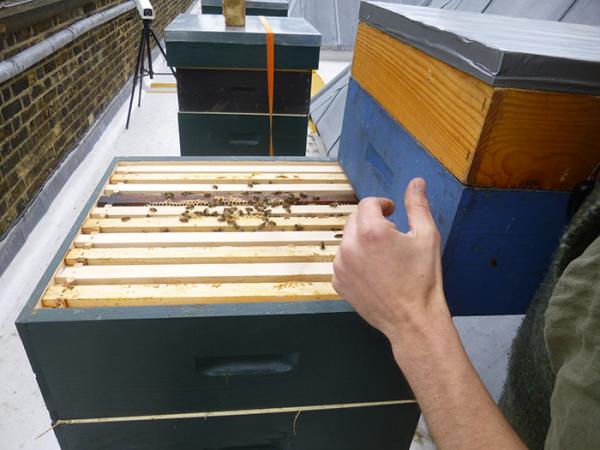 Typically conservators regard insects as troublesome pests that represent a very real danger to the safety of our collections. No-one who has witnessed the havoc that can be wreaked by the larvae of the webbing clothes moth or carpet beetle would fail to understand why the presence any insect in, on, or near museum objects is something to be worried about. However, it’s true that some insects are more welcomed than others around the museum, and recently we have had cause to welcome more than 40,000 honey bees, as the V&A installed four beehives on the expansive seven acre roof of the museum.

The V&A bees are an international group of insects originating from populations in Northern Italy and Wales, and who now find their home on a sheltered corner of the roof of a large art and design museum in South Kensington. I am a Preventive Conservator in the Conservation Science department here at the V&A, and have an active interest in insect pests in the museum, so it was important for me to be a consultant on the installation of the hives. This was very much a change for me to say the least. To have to actively learn about sustaining an insect’s living environment, not to mention keeping it healthy was somewhat unusual for me since, more often than not, my job involves devising methods of monitoring, trapping and eradicating insects long before they can become a problem for the museum.

The V&A hives were installed by the London Honey Company run by Steve Benbow, who now looks after the bees for us, and who also look after similar hives at Tate Britain, Tate Modern and at Fortnum and Mason. Urban bees thrive in London, and the V&As bees will forage within a three mile radius of the hives at the V&A. Of course a further bonus is that there may well be a crop of “V&A honey” in September if the good weather continues this summer. 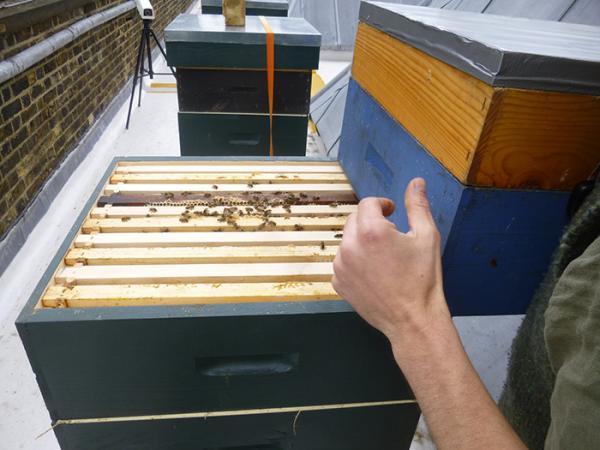 As has been frequently alluded to in the recent press, the unseasonable cold weather that we have endured over the Spring has led to a significant drop in the UK bee population. To help with managing the V&A hives, I attended a one day introduction course on beekeeping (at a secret London location!) held outside on a very cold June day, which covered topics such as bee anatomy and hive behaviour. Health and safety being paramount, protective clothing was discussed and put on before we were armed with a smoker, opened up the hives and looked in at how the bees were doing. 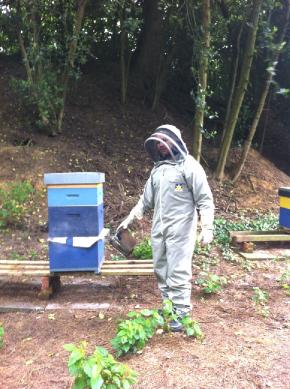 A green roof has also been proposed to be sited nearby the V&A hives. As Preventive Conservator, I am included in these discussions from the beginning. A green roof will certainly be attractive to our new honey bees, but we hope that it will not be too attractive to our carpet beetle and clothes moth pests…