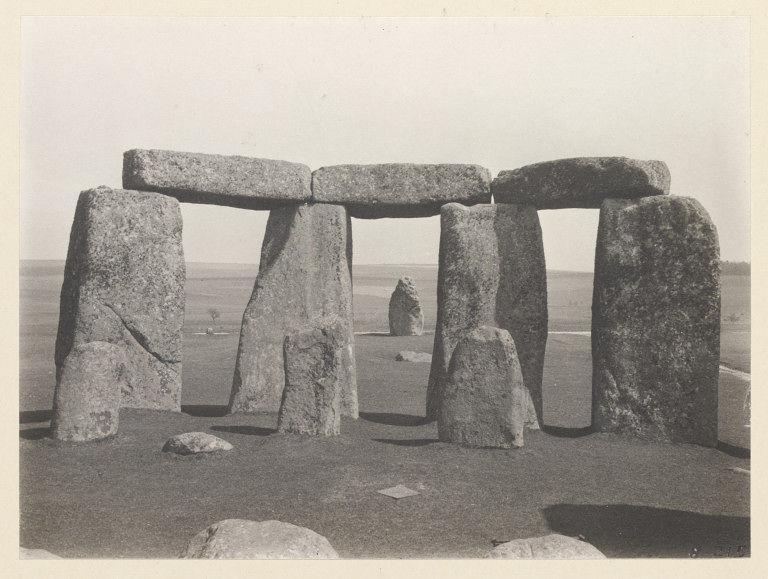 The 21st June marked the summer solstice – an event hailing the longest day of the year and (hopefully!) the start of summer – which is celebrated across much of the northern hemisphere at this time of year.

One of the most iconic midsummer festivals takes place in the United Kingdom at the ancient monumental site of Stonehenge in Wiltshire. People have been celebrating the summer and winter solstices amongst the ancient standing stones for thousands of years and today the festivities can draw crowds of around 37,000 people. To commemorate this event I thought I would delve into the diverse collections of the Word and Image Department to find examples of the ways in which artists have represented this mystical prehistoric monument: from Constable’s melancholy landscape painting, to late 19th century topographical photographs, as well as some more abstract representations from the 20th century, and finally, bringing Stonehenge into the realm of the digital a series of three-dimensional computer generated images from the late 1970s.

The origin of this great stone structure is shrouded in mystery and the reasons behind its creation remain open to debate. Some propose that Stonehenge was built to align with the winter and summer solstices and that these astronomical events were of paramount significance in the construction of Stonehenge.

The photograph below was taken from within the stone circle and looks out towards the Heel Stone. The position of this stone has long been a subject of debate as it was long supposed that it marked the point of the summer solstice sunrise. Although this may not be the true reason for its positioning, if one stands within the stone circle looking north-east through the entrance on the summer solstice, the sun does appear to rise up from behind the Heel Stone.

If you would like to see any of these objects for yourself, please book an appointment at the Prints & Drawings Study Room.