Now that the summer months are here moths and other insects are in flight and much in evidence. Clothes moths are a serious threat to the V&A’s collections and especially to textiles, with textiles predominately made from wool being particularly attractive to moths. The risk of moth damage to textiles is not a new problem and during the Second World War as part of the Air Raid Precautions tapestries were moved from South Kensington to the Elizabethan splendour of Montacute House in Somerset. Soon after moving there concerns were raised about moths attacking the textiles, which inspired some rare Civil Service poetry from Sir Maurice Gerald Holmes, the Permanent Secretary of the Board of Education:

I’m sorry that at Montacute
The moth’s at work with teeth acute,
But if your people work with zest
They’ll soon eliminate the pest. 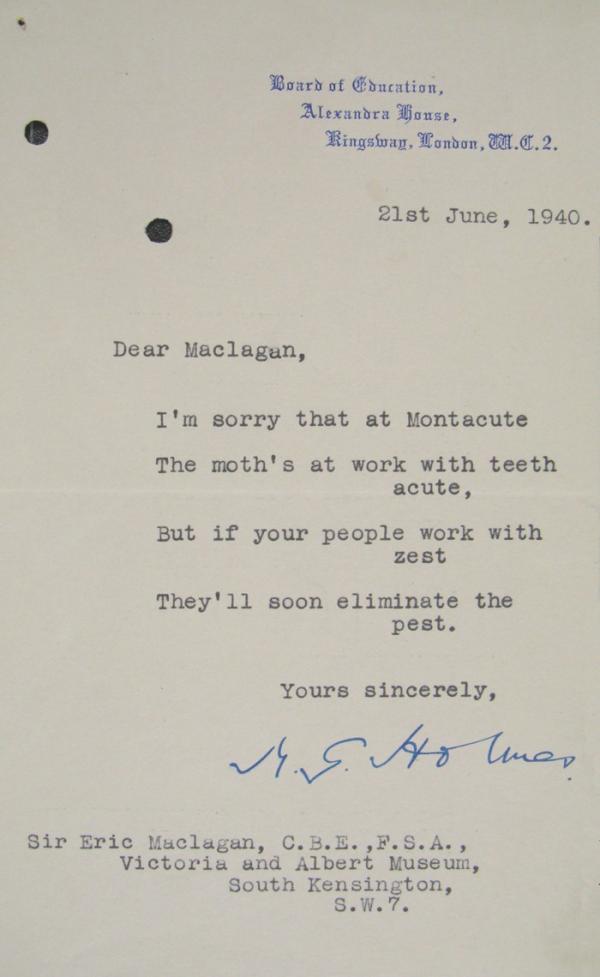 Today a Museum-wide team lead by a specialist Preventative Conservator monitors the yearly influx of moths. The Museum uses lures in the galleries which emit female clothes moth pheromones to attract males. Theses lures are checked monthly so that the presence of webbing clothes moths is monitored. Textiles at risk are treated using modern techniques which include treating them at very low temperature to destroy any lurking pests. A novel technique for getting rid of moths – which is most certainly not to be recommended – was used by the famous garden designer Gertrude Jekyll when she gave an Italian peasant felt cap to the Museum in 1924: “It has been badly moth-eaten while in my careless possession but has been in the oven and is now free.” 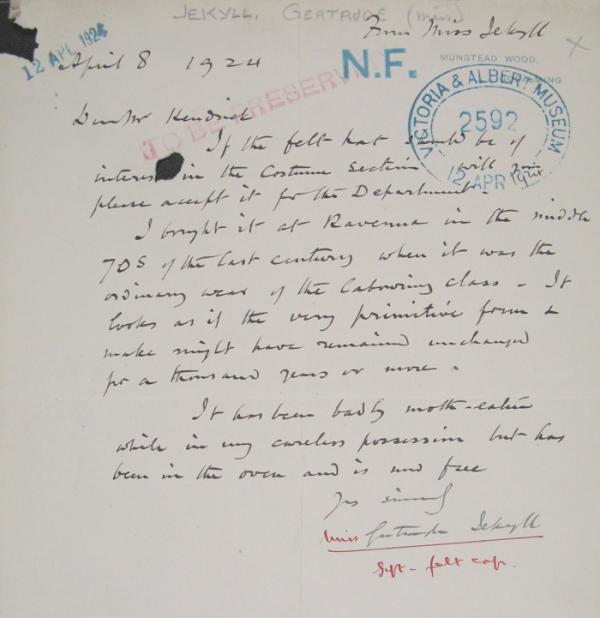 The Museum has not always made insects so unwelcome in its galleries. In the nineteenth century the V&A’s branch museum at Bethnal Green (now the Museum of Childhood) contained, amongst others, the Doubleday Collection of Lepidoptera (later transferred to the Natural History Museum) and the Economic Entomology Collection designed to show the benefits and problems caused by insects. Amid the surviving records of this now long-gone didactic collection is this preparatory sketch by Professor John Obadiah Westwood of ‘Insects injurious to the apple’ showing the life cycle of the Lackey Moth. 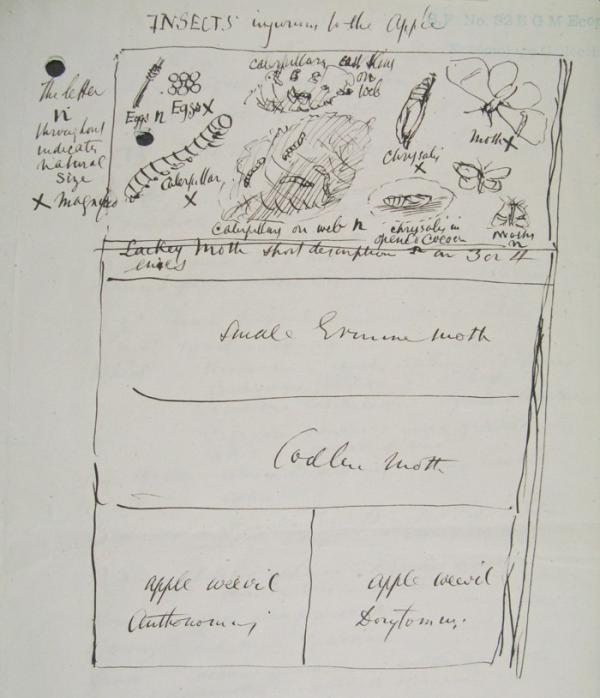 Preparatory sketch ‘Insects injurious to the apple’ by Professor John Obadiah Westwood, 3 May 1883, from a scheme for a series of illustrations of Economic Entomology. V&A Archive, Nominal File MA/2/B17/2. © Victoria and Albert Museum, London

Professor Westwood was assisted by Miss Eleanor Anne Ormerod who was internationally renowned and honoured for her pioneering entomological research. This marvellous hand-drawn diagram by Miss Ormerod from 1883 of ‘insects injurious to cabbage’ shows the life cycle of the Cabbage Gall Weevil and the Large and Small White Cabbage Butterflies. 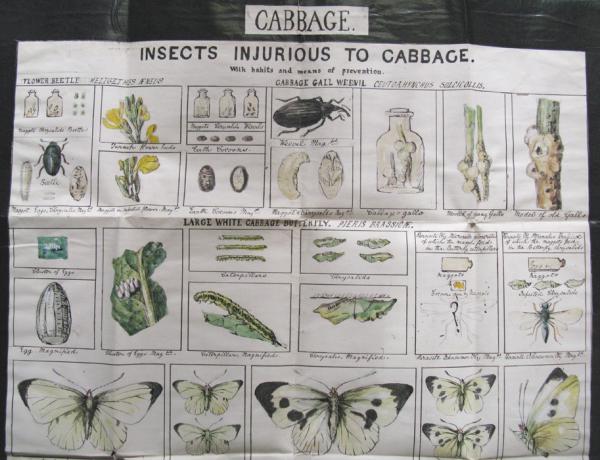 Rough entomological diagram ‘Insects injurious to cabbage with habits and means of prevention’ prepared by Miss Eleanor Anne Ormerod, 4 May 1883, for consideration of the Committee of Advice and Reference on the Economic Entomology Collections. V&A Archive, Nominal File MA/2/B17/2. © Victoria and Albert Museum, London

Perhaps the V&A could be encouraging natural predators to deal with any unwelcome insects, such as this lizard designed by Godfrey Sykes, who creeps largely unnoticed around the right-hand architrave of the imposing entrance doors in the John Madejksi Garden. 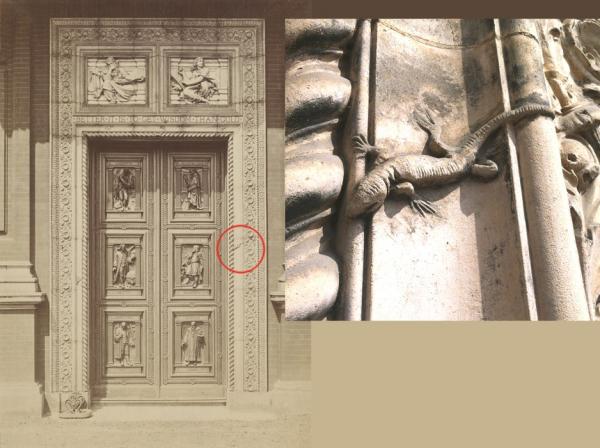 Lizard on the architrave of the entrance doors of the Lecture Theatre building (the original main entrance to the Museum) in the John Madejski Garden. Image of entrance doors from 1875. V&A Archive, MA/32/30 Guardbook, negative 10193. © Victoria and Albert Museum, London