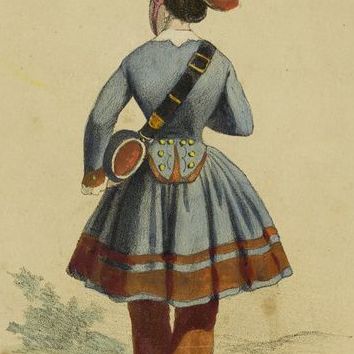 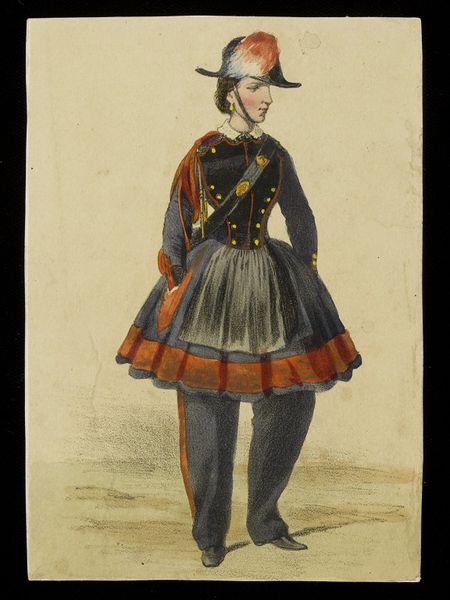 Today’s find is a group of six hand-coloured lithographs dated to the French Second Empire (1852-1870) showing the costumes of cantinières in the French Army. Cantinières (also known as vivandières) were women who officially served alongside their husbands in the armed combat forces from the eighteenth century onwards. They were not soldiers, but acted as vendors of food and drink to their regiment to complement Army rations. Although the cantinière is popularly associated with the French army, equivalents are found in the armies of other countries, such as Spain, Belgium and Italy. The Dutch counterpart was called a marketenster, and in Russia, she was a markitantki. There are also records of women taking on similar roles alongside soldiers in the American Civil War. 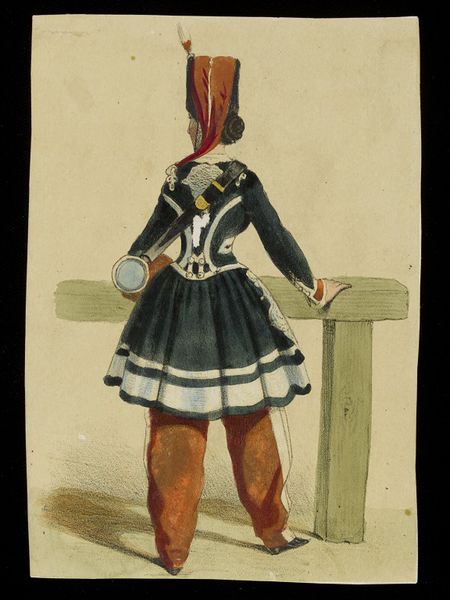 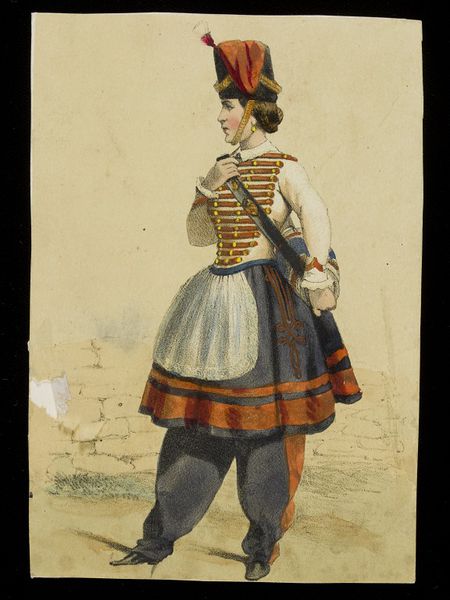 Apart from the French vivandières and the work of amateur historians on their American counterparts, little research has been done into the role played by these women compared to the vast and extensive body of academic scholarship and research on other military aspects, including women who disguised themselves as men to fight and the modern female soldier of the 20th century onwards. Vivandières and cantinières however are often condescendingly described as “camp followers” and/or assumed to be prostitutes. Thomas Cardoza, a dedicated researcher upon the subject, states he has found no contemporary evidence to support these popular but somewhat scurrilous claims, even though the rule that vivandières had to be the wives of soldiers in their regiments was not always strictly enforced. He also points out that vivandières and cantinières were frequently used as advertising images by major companies, suggesting that their image was thoroughly positive and wholesome. Furthermore, they often headed the columns on parade and even on the march, suggesting that far from being a dirty secret, such women were valued, celebrated and esteemed by their associated military units. 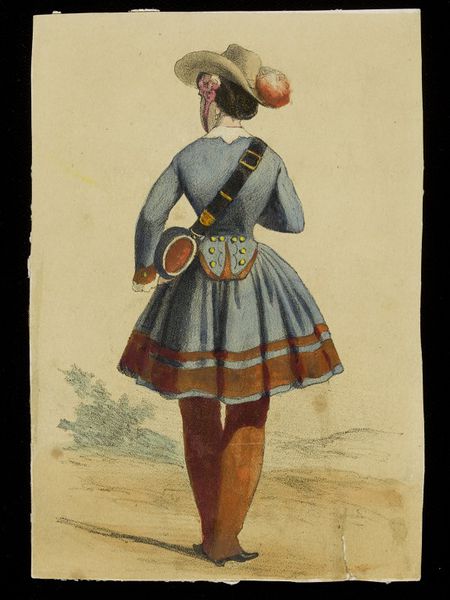 Watch this space for further cantinière and vivandière posts…

This entry owes a great deal to the work of Dr. Cardoza, whose website http://www.cantinieres.com/ is an extremely useful starting point for anyone wanting to know more about cantinières and vivandières.