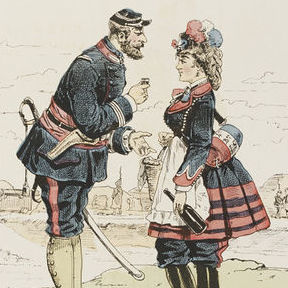 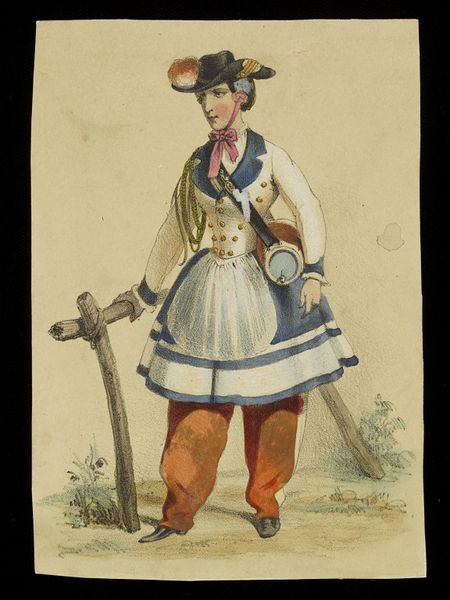 Writing from the point of view of a fashion historian, the clothes of the cantinières and vivandières fascinate me. While popular imagery shows eighteenth and early nineteenth century cantinières dressed in feminised versions of military uniform, Thomas Cardoza has found no evidence for this having been done until the mid-nineteenth century, although earlier cantinières may well have appropriated a soldier’s discarded jacket or hat as part of their clothing. It was only during the second quarter of the nineteenth century that a concerted effort began to be made by the cantinières to develop their own uniforms based upon the men’s uniforms. It is these uniforms that are portrayed in our lithographs, and during my research, I found more prints portraying cantinières in our collection. 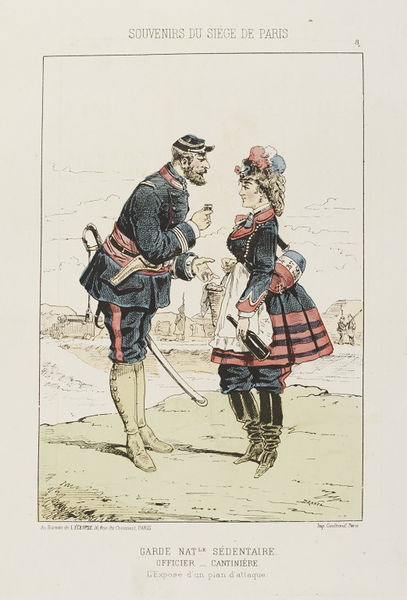 This 1870-71 French caricature directly juxtaposes a cantinière with a soldier from her own regiment, showing how the woman’s uniform directly relates to the man’s. The soldier is shown holding a small cup of liquor, which would have come from the woman’s trademark tonnelet (a small barrel suspended from a shoulder strap). The tonnelet was usually painted in patriotic colours with the bearer’s identification and unit upon it, serving as an identity tag that could also dispense alcohol.

Another interesting dress-related aspect is the trousers. Cantinières often wore short skirts over trousers, a practicality which enabled them to ride astride and also to move around easily without trailing long skirts through battlefield muck or cooking fires. These images are directly contemporary with the American anti-slavery campaigner Amelia Jenks Bloomer, who herself promoted an alternative manner of dress – a knee length version of the then-fashionable crinoline dresses, worn with voluminous trousers caught in at the ankles. This style was largely mocked, with magazines such as Punch publishing articles and cartoons savagely deriding the style and attacking its wearers in a somewhat misogynistic way. To this day, a style of knickers remains popularly called “bloomers”. 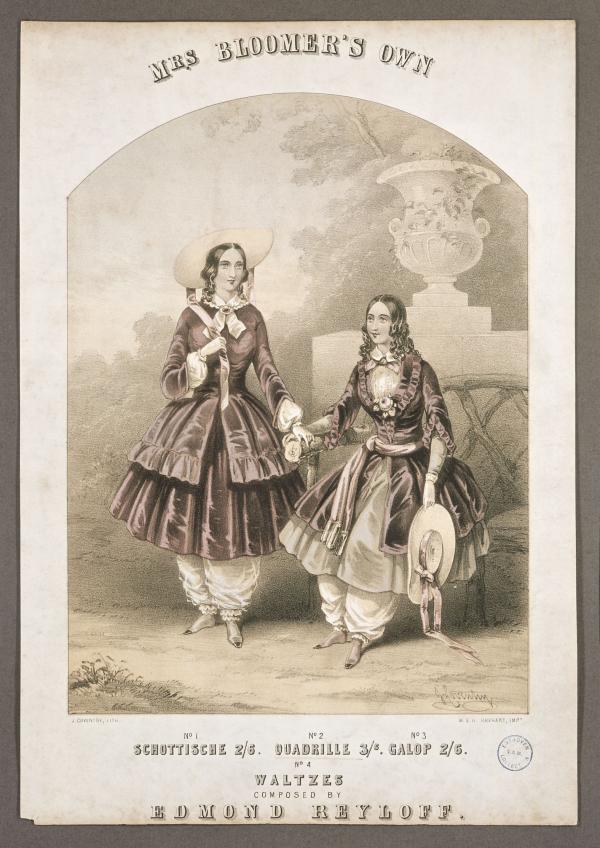 Another parallel is in the outfits worn by the British women miners, or “Pit Lasses”, who wore short skirts and/or aprons over trousers. In this case, practicality took precedence over everything else. It has been suggested that images such as the photograph below of two Wigan women miners, although sold as souvenirs, may have held a certain voyeuristic appeal. This same appeal may have held even more true for images of cantinières smartly dressed, in a thrillingly masculine manner, even down to wearing trousers and men’s boots and hats. Shocked (albeit not entirely with displeasure) reactions to women appropriating “masculine dress” have after all been pretty standard since “gender roles” were established… 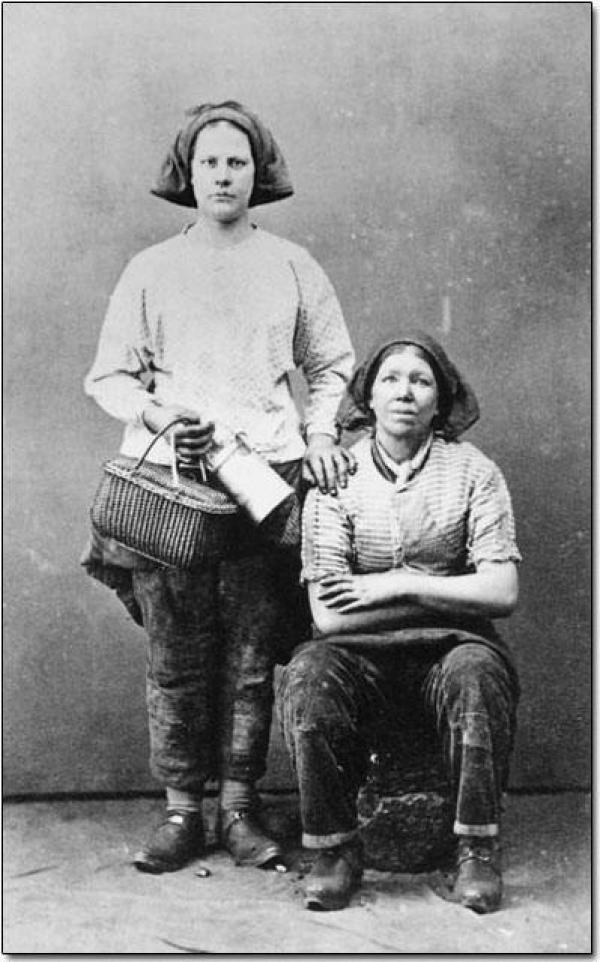 (Image from www.wiganworld.co.uk by kind permission of Manchester Galleries)

This entry owes a great deal to the work of Dr. Cardoza, whose website http://www.cantinieres.com/ is an extremely useful starting point for anyone wanting to know more about cantinières and vivandières.