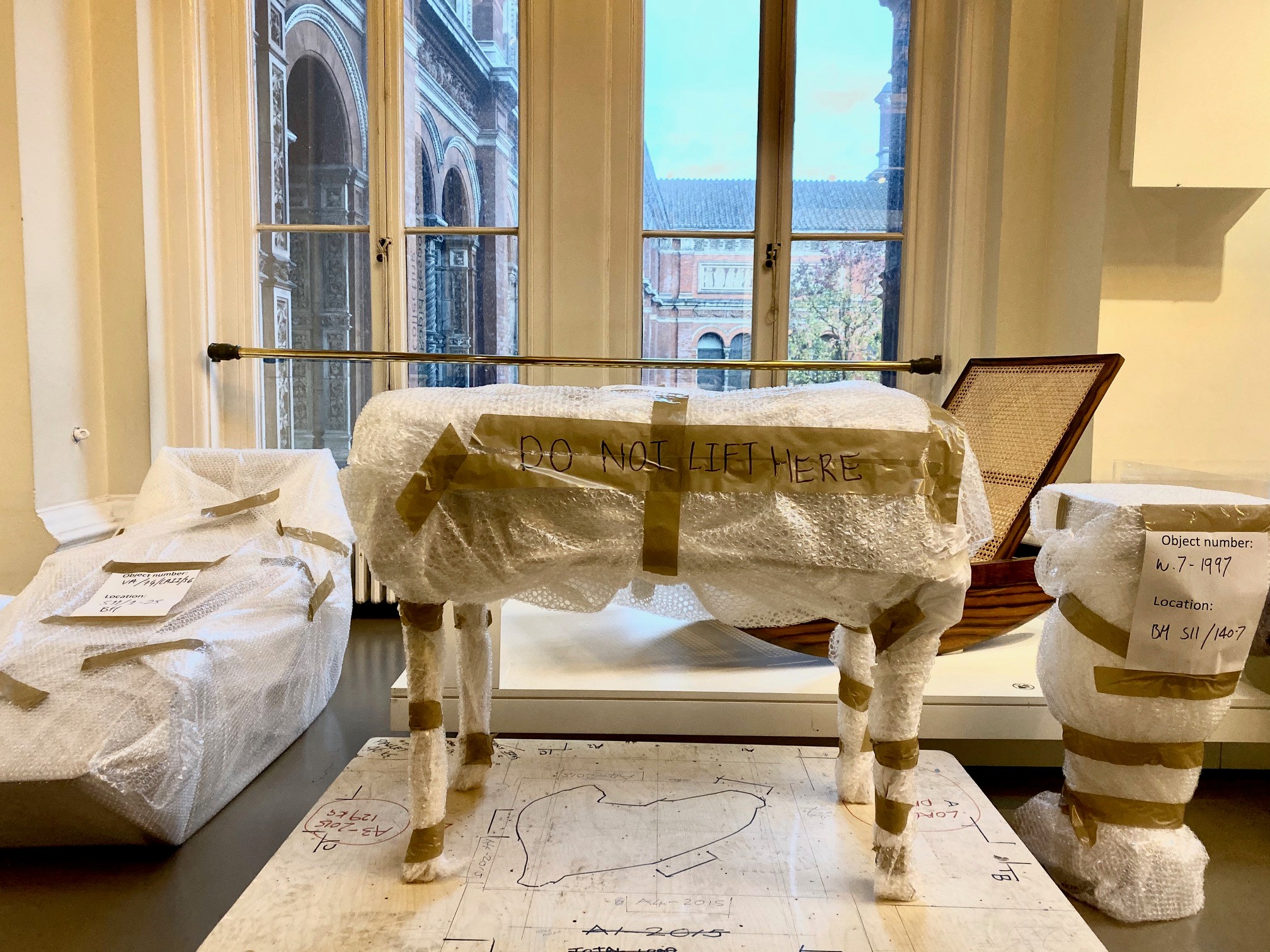 We are in the second week of decanting the 20th Century and Rapid Response Collecting Galleries. Here is a rare glimpse into the carefully coordinated process of emptying a gallery of its objects. 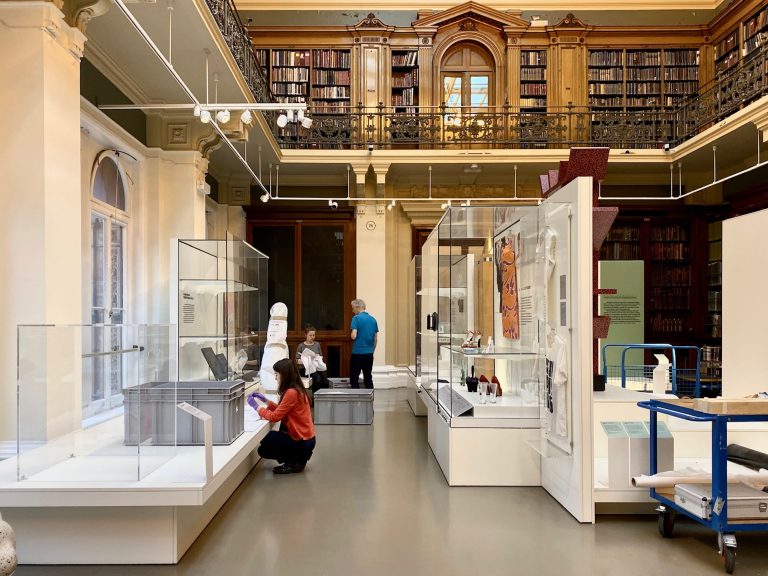 The cases in rooms 74 and 76 are slowly emptying of their treasures. Plinths and shelves stand empty while objects are carefully wrapped and crated.

The gallery used to display over 500 pieces of 20th century design from all of the museum’s six collecting departments. Two weeks into the decant a majority of those objects have been moved back to the museum’s collection stores. 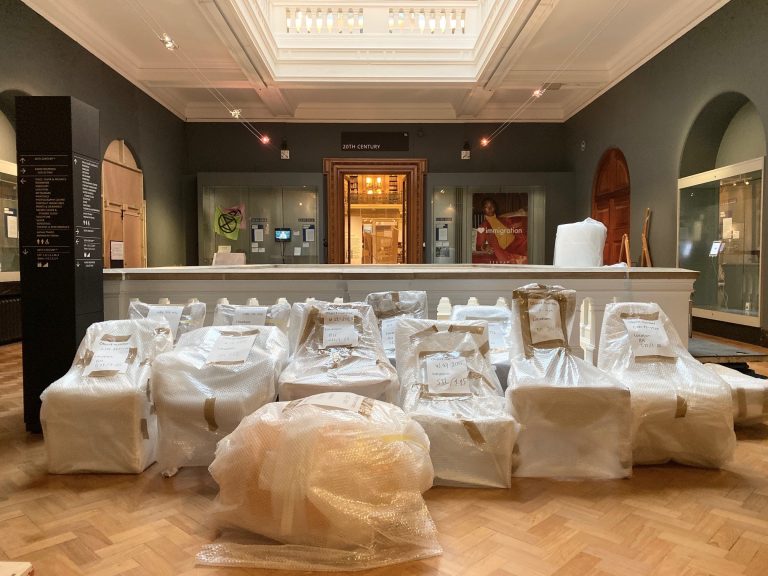 Decanting is a finely tuned procedure, relying on the collaboration between many museum departments. Curators, Conservators and Technical Services work in tandem to assess, pack and move all objects. 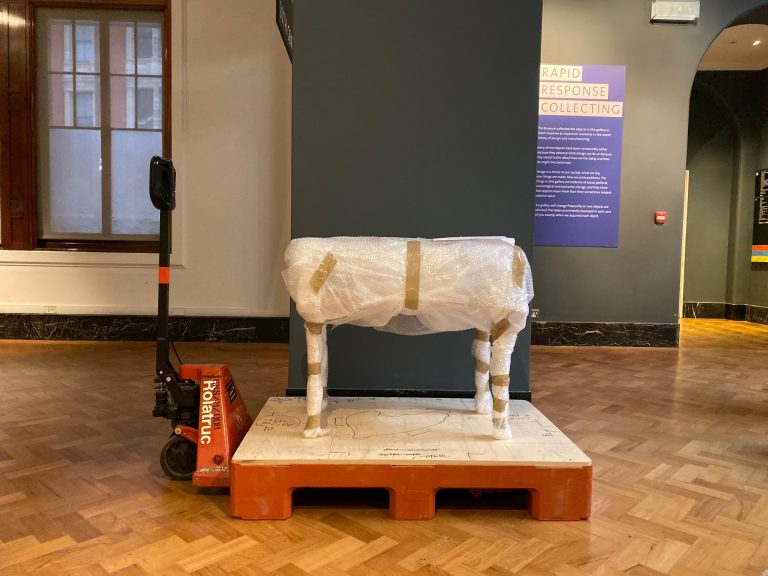 Endless wads of tissue paper are created to support objects packed in crates, temporary wooden frames are built to protect outsize furniture and bubble wrap envelop chairs and tables. There is intense activity of rolling, folding, tying, wrapping and protecting, making sure that the precious cargo is kept safe. 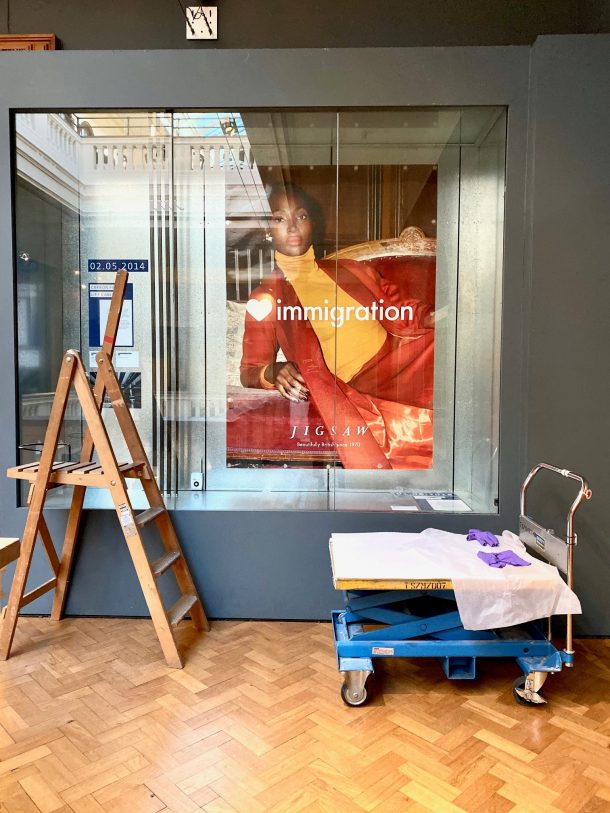 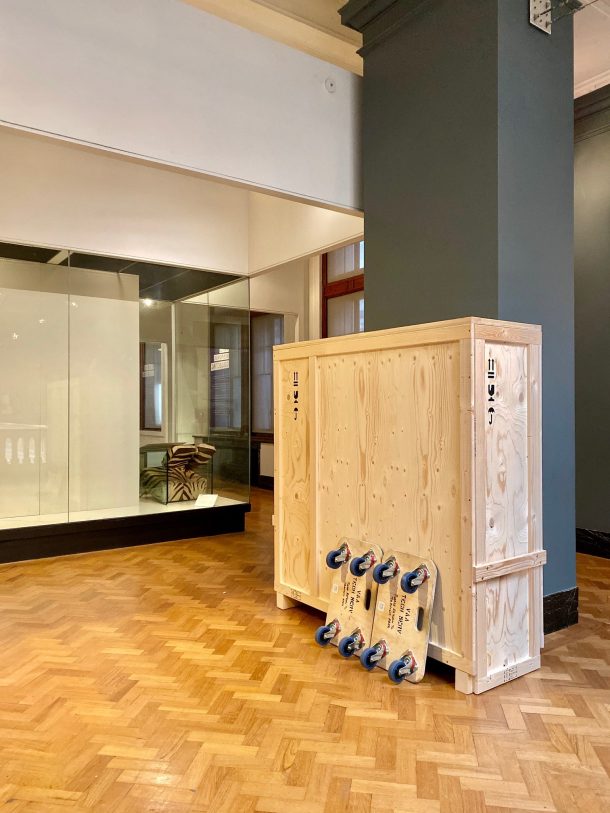 This is the first stage of new 20th and 21st Century gallery project Design (1900-Now), which is due to open in June 2020. After the gallery is emptied of all objects, the cases will be refurbished and the rooms refreshed. We will post more updates then. 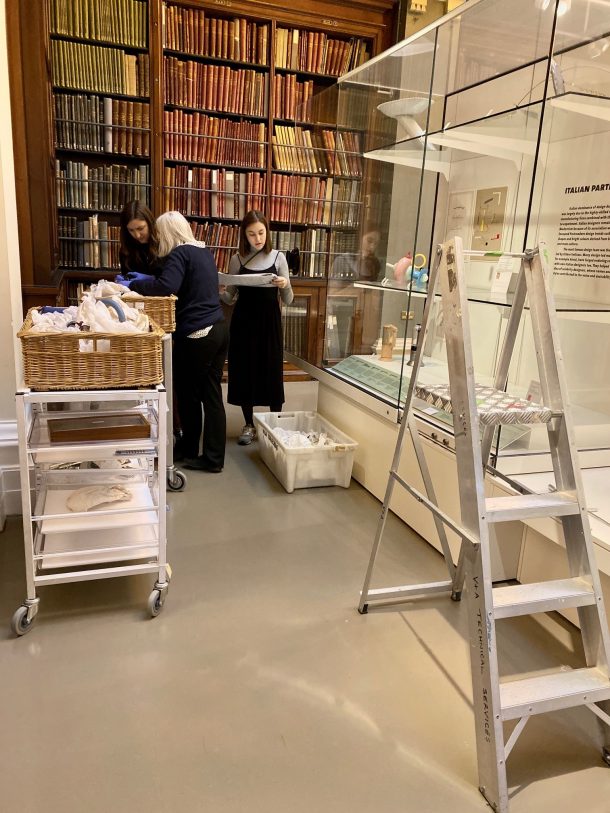 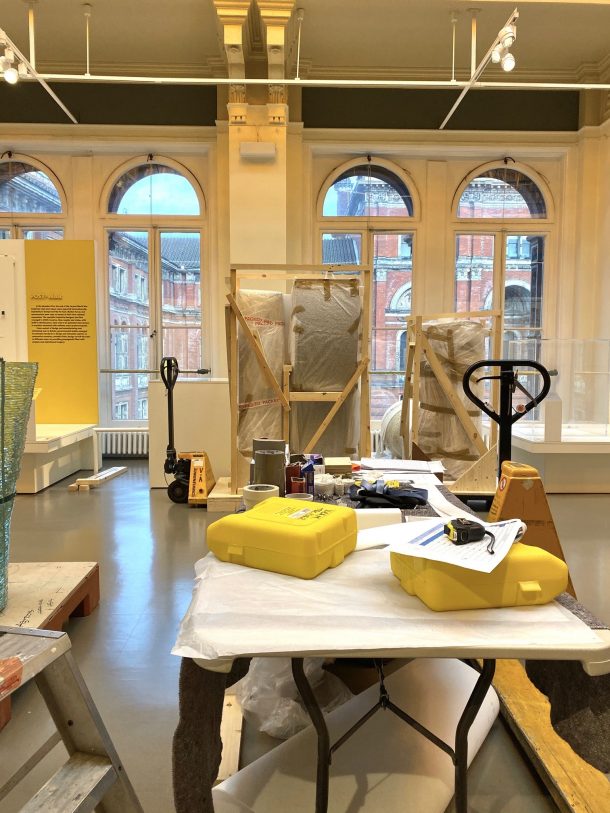