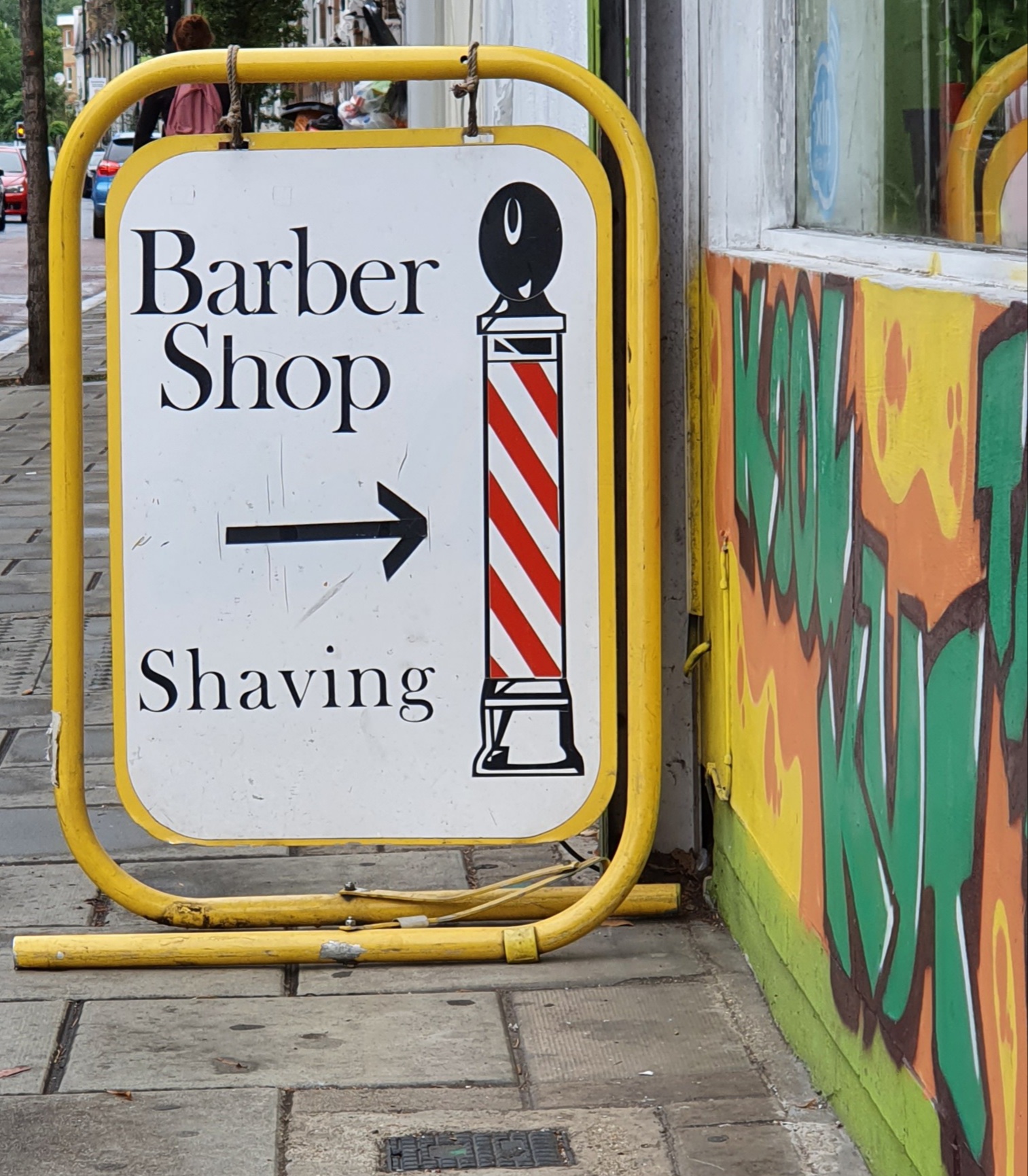 Last month was a milestone for me in the easing of lockdown: I travelled once again on public transport; I ventured into the V&A for the first time since the 18th of March; and I had a haircut.  My last date with the divine Joel was the 17th of January and so this appointment was long, long overdue. I’ve missed only one other vital date in my calendar as much – a visit to the dentist.  As Joel’s masked face greeted me and as he ushered me into the barber’s chair, I’d have been forgiven for confusing the two experiences. Historically, of course, barbers acted as dentists. The barber’s chair to this day bears an eerie resemblance to the dentist’s and they are often designed and retailed by the same medical suppliers.

Historically, barbers also worked as surgeons, achieving great prominence if not notoriety in the wake of the mother of all pandemics, the Black Death. The plague that ravaged Europe between 1347 and 1351 has been estimated to have killed up to 60% of the population including, of course, countless physicians who were powerless to treat the disease. As a consequence barbers, who were naturally adept at handling sharp instruments, were increasingly called upon to perform surgical procedures such as dentistry and bloodletting. The totemic striped barber’s pole is seemingly a vestige of this ancient practice whereby the red stripes signify the blood that was let and the white stripes indicate the bandages used to stem the flow. During the process, the patient would squeeze hard on a pole to make the veins more prominent and easy to access. The inclusion of blue stripes in the design of the barber’s pole in the US is variously interpreted as a patriotic allusion to the American flag or as a means of advertising bloodletting through the veins as well as the arteries.

Other equipment that characterised the profession of barber surgeons includes distinctively shaped shaving bowls with a wide rim and a semi-circular cut-out to accommodate the chin of the client. This example (below) dating from about 1710-1720 was probably made in Brislington, Bristol and is decorated with what might be considered the iconography of the trade: a comb, scissors, lancets (for bloodletting), shaving brushes and cakes of soap. The deep basin was ingeniously suited either to contain soap and water or to collect blood.

The male grooming dilemma for modern Pandemic Man, however, has been whether to shave at all. The decline in sales of shaving goods since the outbreak of COVID-19 and the associated lockdowns has been widely reported along with a rise in purchases of beard grooming products. In a piece in the New York Times from the 21st of April, A.C. Shilton stated:

“In case you haven’t been checking in with friends on Zoom and Instagram, the pandemic beard is (ahem) a growing trend. Christopher Cieri, founder of the Philadelphia-based skin care company Franklin & Whitman, says sales of beard-grooming supplies were up 40 percent in March. At Mountaineer Brand, a West Virginia-based beard product company, sales are up 45 percent, says its chief executive, Eric Young, adding, “Customers who have shopped us for soaps, shaving and other grooming needs are taking this time to step-up their beard game.”

Shilton goes on to say that the trend is likely to be seriously inhibited by the need to wear standard face masks which don’t fit effectively over bushy beards. The return to the office might also prompt the flourish of a razor. The V&A’s own Anthony Misquitta looks set imminently to abandon his luxurious growth (pictured):

While  a South Kensington neighbour, Emanuel, who has experienced a similar style transformation through lockdown, seems more determined to retain his impressive beard: 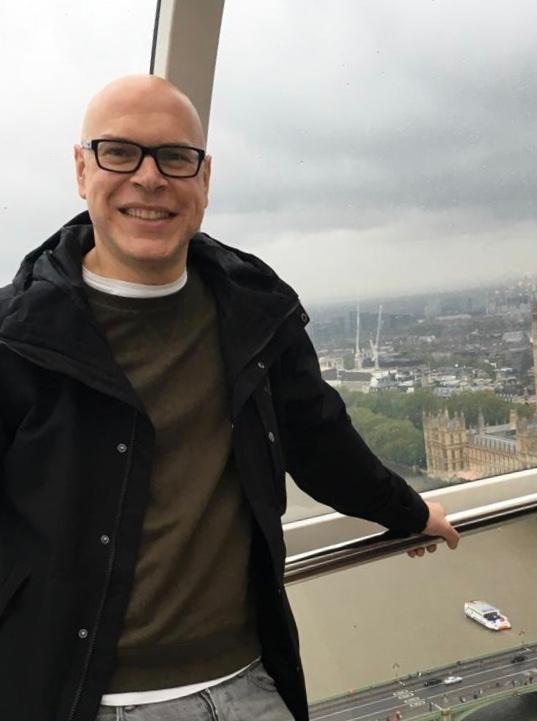 For Darren Waterston, the beard has become almost an artistic statement.  Darren who created the staggeringly beautiful, dizzyingly disorientating installation Filthy Lucre at the V&A has emerged from painterly seclusion with a beard that is positively Whistlerian in its symphonic hues. Given that Filthy Lucre probes the personal tensions between Whistler and his patron Leyland in the creation of the Peacock Room Darren’s beard couldn’t have taken a better tone.

I wonder, will the beard pandemic spread as far and wide as the outbreak documented by Jonathan Daniel Pryce is his photographic study of 2012? If faced with uncertainty about keeping their beards, Anthony, Emanuel and Darren might take a moment to consult a shaving mug in the V&A’s collection entitled Heroes Bearded and Beardless. Designed by the painter and writer Richard Redgrave (1804-1888), it was made by the Wedgwood factory and poses a proverb in an inscription that spirals between the various portraits of notables: By the length of his beard can you measure a man? Poet or Hero? I doubt if you can. Bearded or shaven Wit comes from Heaven. 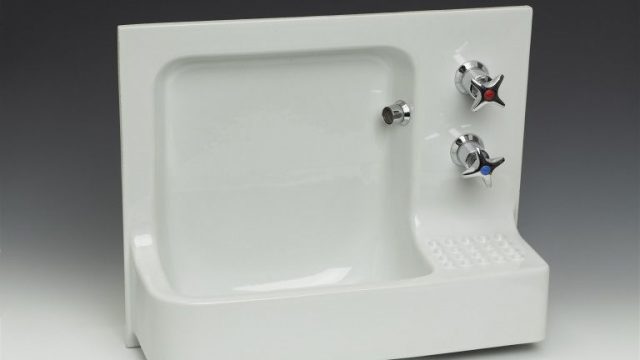 Hungry for Revolution – Russia in 1916 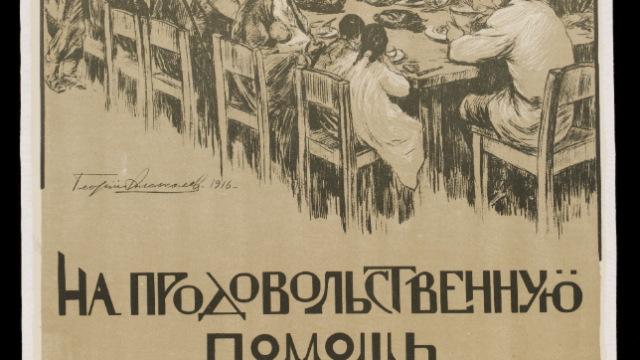