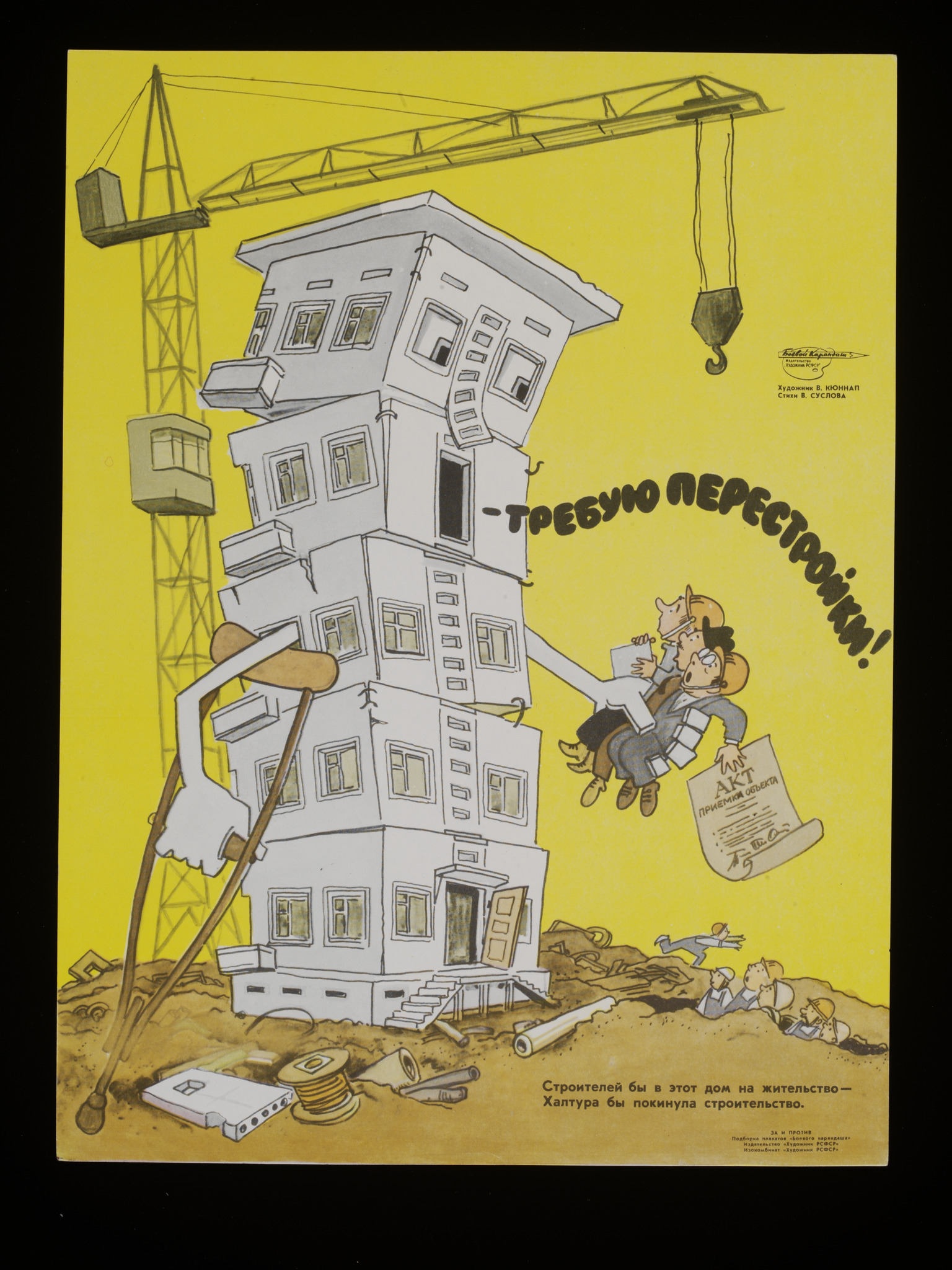 “I demand perestroika” declares the decrepit building in this Russian satirical poster from 1989. I’ve been learning Russian for a few years now and love practising my language skills with works in the collection. This poster caught my eye because of the clever word play around the word perestroika, which literally means ‘rebuilding’ or ‘restructuring’ as in construction and building work, but was also a key word during the attempts at reform in the Soviet Union of the 1980s. The dilapidated building in this poster represents the state of Soviet Russia which was in need of modernisation.

By the 1980s the utopias promised by the 1905 and 1917 revolutions, and the early days of Stalinism had failed to materialise. The Soviet Union was struggling economically and suffered with neglected housing and factories. Many Russians experienced scarcity of food and consumer goods. As people’s demands for change became louder, Soviet leader Mikhail Gorbachev hoped that controlled reform could appease them, keep the country strong and avoid further unrest and turmoil. His reforming policy was famously characterised by two words ‘glasnost’ (openness) and ‘perestroika’ (rebuilding). Ultimately these had limited success and contributed to the fall of the Soviet Union in 1989. 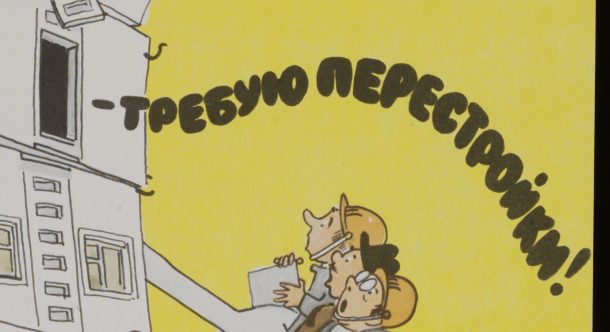 This poster is from a portfolio of satirical posters called ‘Perestroika: For and Against’ with different artists exploring Gorbachev’s reforming promises against the reality of everyday problems. Under glasnost there was greater freedom in the press to discuss issues in society. Building programmes had slowed in the 1980s due to lack of money for infrastructure and corrupt officials misusing funds. The poster shows the rundown building confronting a group of people held in its hand. It is likely that they represent bureaucrats, architects and builders. One carries a document ‘Act Preemki Objecta’, which prescribes how building work can be carried out, hinting at the bureaucracy and corruption that prevents progress and rebuilding. 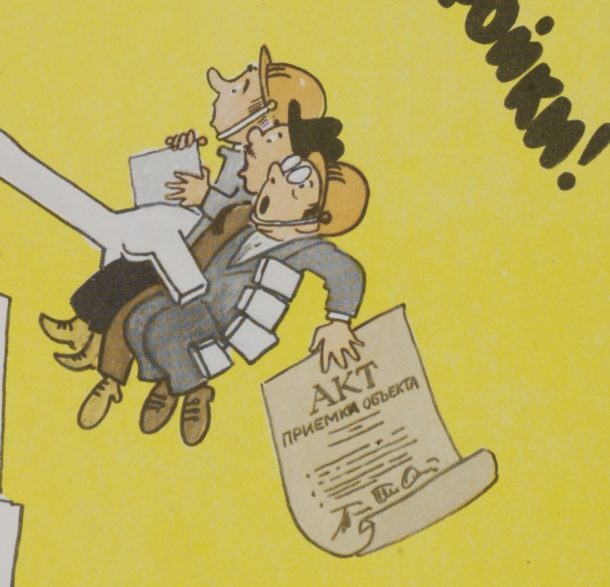 The building’s poem addresses these people and can be translated:

If those in power experienced the hardships of everyday life, perhaps things would not be so bad.

The artist, Kyunnap, and the author of the poem, Suslov, were part of a group of artists known as ‘The Fighting Pencil’. Their names are under the group’s logo – a pencil and palette merged to resemble a gun – which is on each poster. The group began in an army unit fighting against Finland in 1939. They continued to make posters throughout the 20th century, during the World War II (known in Russia as the Great Patriotic War) and later attacked the vices of the Soviet state such as needless bureaucracy and corruption. 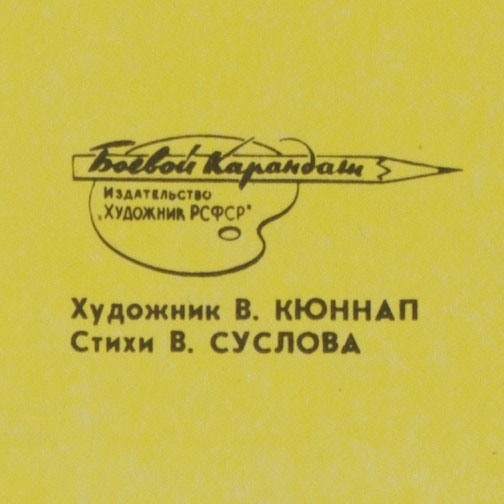 The artists did not have to wait long to see great change in the Soviet Union. Eventually the problems in the country, hastened by the insufficient reforms of glasnost and perestroika, tipped over into revolution and only two years after the portfolio was published, the Soviet Union collapsed in December 1991.