Some of the most significant power struggles in an exhibition surround label writing. These struggles are not, I hasten to add, between members of staff– we’re yet to engage in fisticuffs over ambiguously placed commas. Rather, the competition is between different types of information, and who, or what, should have precedence. Although (or perhaps because) visitors often don’t read all the text on every label, the format in which labels present information becomes a form of narration. Individually, labels mould the visitor’s understanding of the objects; collectively they shape the whole exhibition.

The basic information on labels explaining who, what, when, and where is called a tombstone. This information is then supplemented by short text of around 55 words explaining why the associated object is interesting/unusual/generally awesome. So far, so good. Sometimes it’s straight forward, like this: 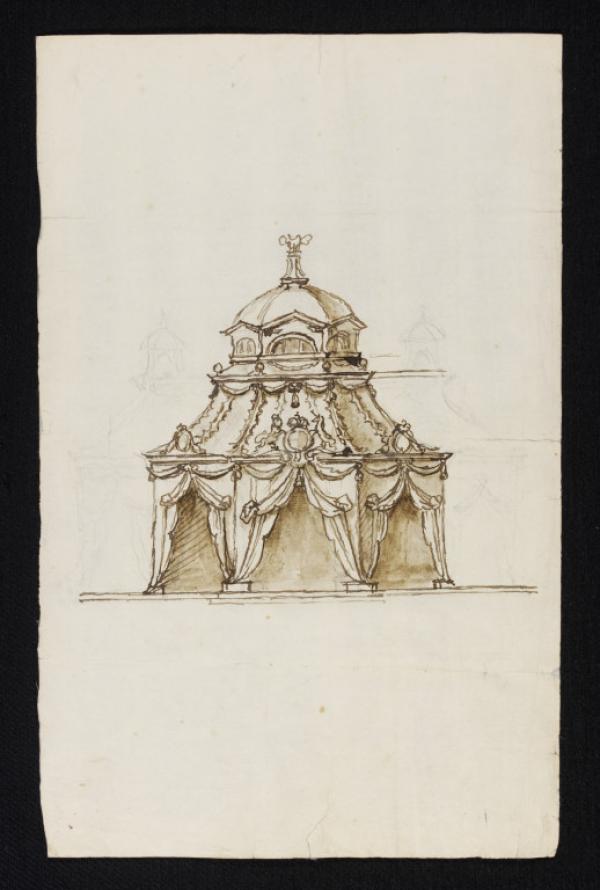 Design for a royal tent by William Kent, ca.1730-35. Museum number E.387-1986 © Victoria and Albert Museum, London. The lion and unicorn standing above the tent’s entrance show that this was intended for the royal family, perhaps on a visit to see Kent’s gardens at Esher.

The design concept is by Kent and the drawing is by Kent, so here there’s no tension between idea and execution, and no additional names jostling for recognition on the label. If and when the tent was actually constructed there would of course have been many intermediary people involved in realizing this attractive but non-functional presentation drawing– it naturally wasn’t just Kent up a ladder with a mallet. However the purpose of including this object in the exhibition is not to demonstrate tent construction in the 18th century. Rather it shows Kent’s prowess as an ideas man, and that his manual skill extended to executing picturesque sketches for prospective clients.

Yet giving credit where credit’s due isn’t always this straightforward. Often the design of an object and its physical manifestation are the result of different people’s skill. Spare a thought for the wood carvers who executed Kent’s elaborate ideas, such as this understated little number: 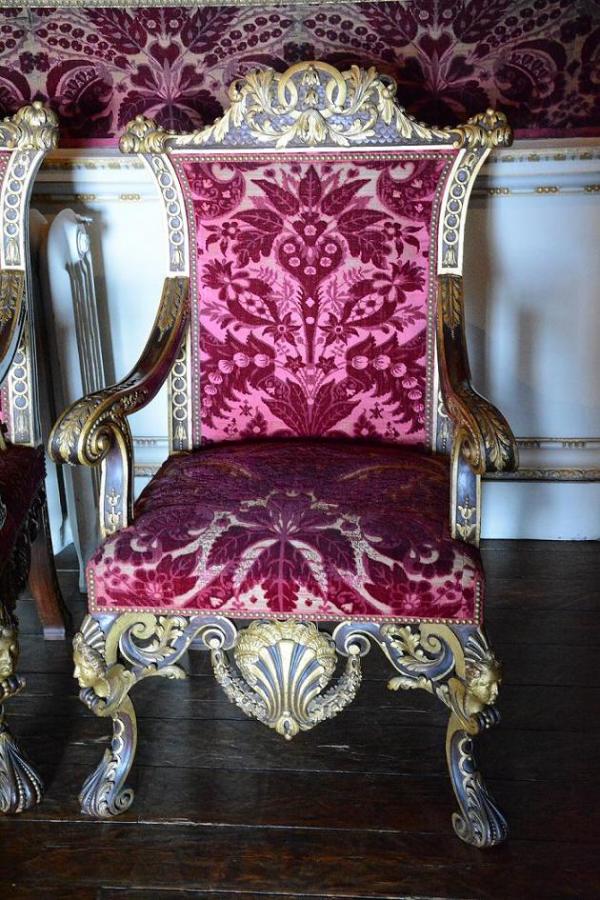 Elaborate carving was recognised as a valuable skill in the 18th century, and James Richards was in fact the principal carver of the Office of Works, the official overseer of royal building work. Records show that the carvers who executed Kent’s designs at Chiswick and elsewhere charged large sums of money for their work, and were eminent in their own right. So whose name should go first? Convention has it that the designer takes precedence, and since the story this exhibition tells is about Kent’s designs, this is the way that we’ll do it too. But it raises interesting questions about the role of designer and maker, and the hierarchies of ‘art’ and ‘craft’ generally.

At the moment we’re in the process of editing labels for about 200 objects. All 200 labels will follow the same pattern, meaning that the visitor will absorb the same hierarchy over and over again, probably without even realising it. This is the way it should be– tombstone information isn’t supposed to be remarkable since it’s the label text itself which is designed to be interesting and memorable. But there can be huge power in this unconsidered tombstone text. It is this kind of background interpretation that structures the way we think about objects before we even begin to take in the details.  Whatever information is given prominence becomes the significant ‘hook’ on which all other information hangs. Depending on their viewpoint, interpreters (quite rightly) disagree about what this hook should look like, and whether narratives should be formed around designer or patron or craftsperson or date or place or style. As such, all exhibition labels are the result of a conceptual tussle- a battle of (approximately 55) words.