Game designer Simon Meek draws inspiration for his creations almost entirely from outside the world of videogames, immersing players in literary and film-like experiences.

“The fact that I’m a designer is a by-product of my passion for ideas and storytelling,” Simon says. “I love writing and the imaginative power of words, and I’m driven by the possibilities of using games as a form of expression for a new generation of storytellers.”

“My work embraces a mix of game, narrative and graphic design,” he adds. “I sort of throw them in a pot, mix them up and see what emerges.”

Simon is drawn to the idea of telling a story, rather than creating a game – in a traditional sense – and he sees unique opportunities for game design to do this. “By making the audience active in a story, we introduce a whole new dimension as to how its narrative unfolds. This means that the experience feels unique and personal to everyone.”

“What is particularly exciting is the notion of using a game to tell a story is still relatively undefined, so it’s an experimental field,” he adds. “But the potential here is massive, and I believe far outstrips that of literature and film combined,” Simon argues, as “games are in many ways without boundaries”.

His work included an adaptation of John Buchan’s The 39 Steps, in which Simon and his team “placed the player in the era the story was set, allowing you to experience the story”. “A design decision never to show any characters was a breakthrough, as this required the audience to use their imaginations to fill in the blanks,” he adds.

This “digital adaptation” is rich with historical detail, newspapers from the time, sounds and music, “maintaining the magic of the original text while also providing a new dimension of being able to see, hear and explore the spaces that the story was set”.

Simon is currently working with his team at The Secret Experiment on Beckett, an abstract game – set for release in 2018 – that is again heavily inspired by literature, film and the arts. “For Beckett, I wanted to use blueprints of locations to tell a story. I also wanted the player’s imagination to be a vital part of the experience,” he adds, in a deliberate rejection of the near-realistic computer graphics in other games.

“The most important part of the game design process is to capture that initial excitement, come to terms with the idea and let it develop conceptually,” Simon says, with his early design work on any project always being “nowhere near a computer”.

Working from a notepad, he wants to be “meeting the characters in the story for the first time, drafting what the future has in store for them and – importantly – exploring what part the audience has to play in all of this”.

Simon is also excited about V&A Dundee’s opening. “I love how it’s embracing the diversity of design practice, and also setting the included work on an even cultural level – the idea of a videogame artefact being presented alongside a historic tapestry is incredibly significant”.

“V&A Dundee should be applauded for its open-minded and progressive stance around what design means in the world we live in today,” he adds.

We’re delighted to welcome Simon as one of our Design Champions, for his work on challenging what game design is and creatively blurring the edges between digital storytelling, literature and film. You will also be able to see Beckett in our Scottish Design Galleries when the museum opens.

To find out more, please visit The Secret Experiment’s website. 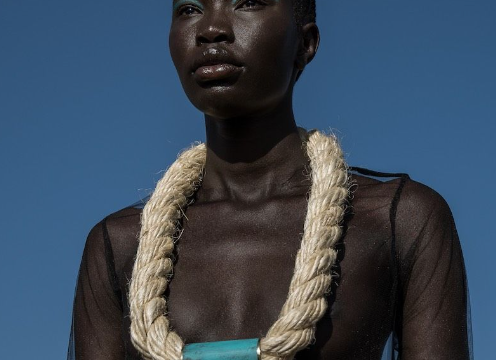