Friends have been proclaiming for weeks an infatuation with sherry; a love so regular one could rely on ones calendar to inform on its ascendancy and decline. We feel that nagging guilt of unfulfilled resolutions, made so sincerely hours into 2013, and yet neglected like living herbs for the past eight to eleven months. That guilt has hit us full-force, and so we remake them. This morning when I awoke, on my tongue was the bitter taste of tinsel.

In December 2013, the Department of Furniture, Textiles and Fashion would like to welcome you receive the benefit of our festive exultations with this weekly gift: the Clothworkers’ Christmas Countdown. 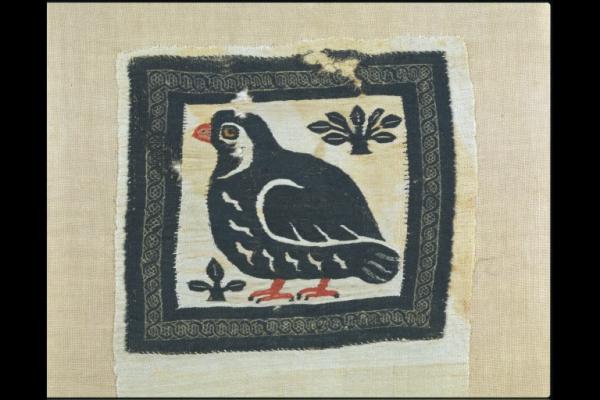 Appropriately, we begin with this, a small tapestry panel depicting a single partridge, made in Egypt, and which dates from 300-499 AD. The catalogue description actually states that it’s a quail, though as it’s the season of goodwill I hope you’ll be compassionate to the poor partridge, and accept that they and quails are similar-looking birds. There’s no pear tree in sight, but as it is not technically the first day of Christmas I think the slight twisting of ancient popular rhyme can be forgiven. 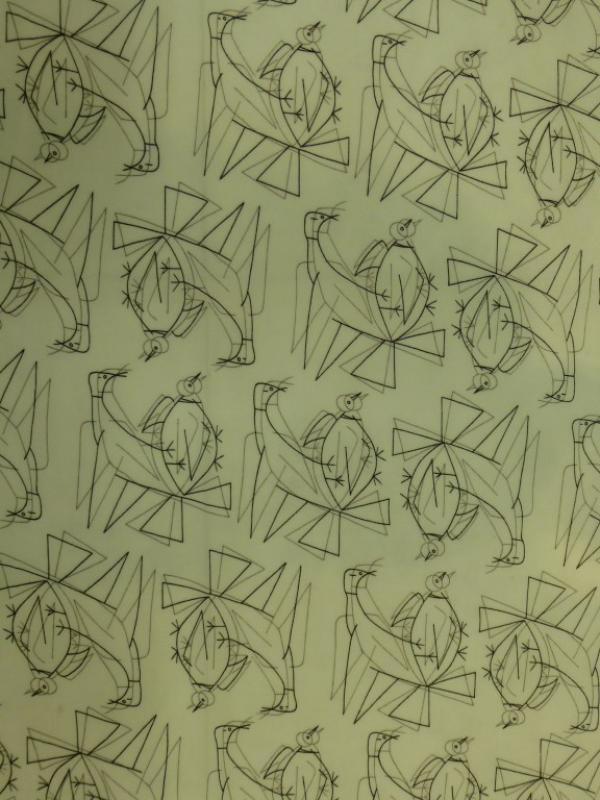 And with these two turtle doves, a familiar pattern emerges. This was designed by Pablo Picasso in the mid-1950s for Fullers Fabrics, New York, as part of a range of artist-designed furnishing fabrics. And yes, I think they are doing what you think they’re doing. Christmas is a time for families, after all (and for the making of them) 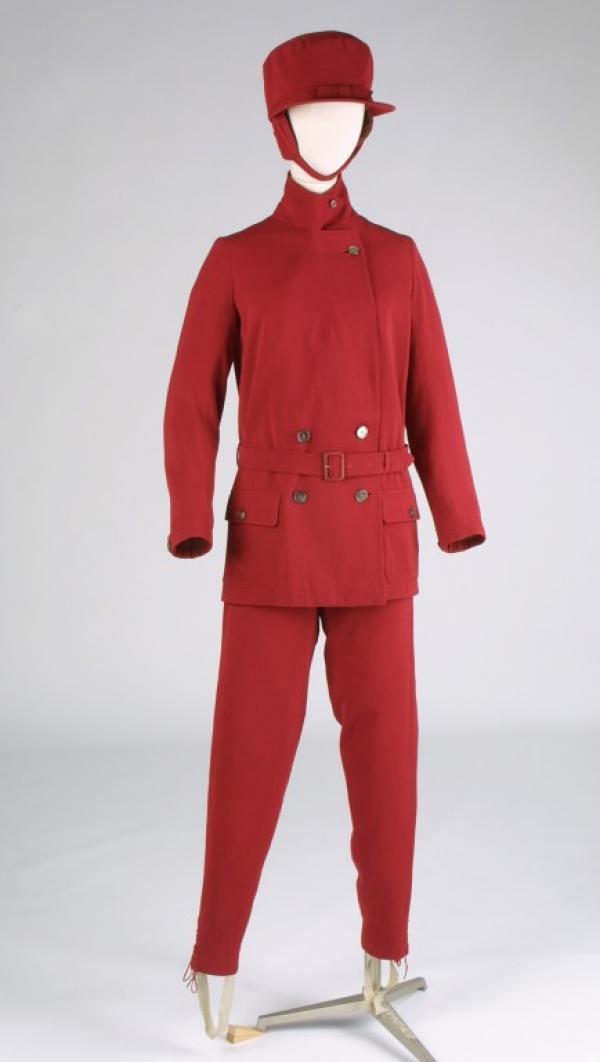 Although patterns are important in textile design, I was not able to find anything in our collection depicting Three French Hens (nor was I clever enough to think of three female French designers before the deadline).  So thirdly, although there’s no sign that this will be a Christmas Card Christmas, it doesn’t mean that you shouldn’t be prepared for the weather. To advise and inspire you to be warm, I present to you this 1920s ski suit by Burberry’s. It has the dual benefit of appearing both extraordinarily cosy and very, very festive. 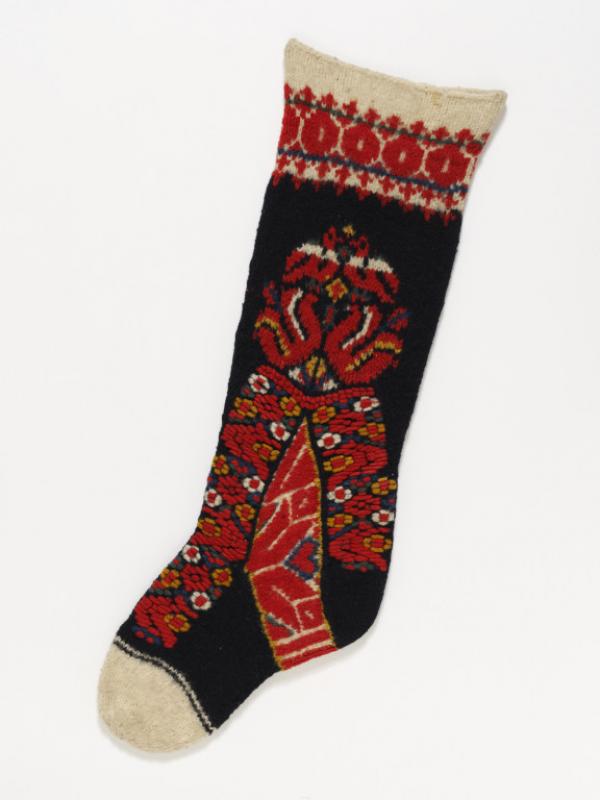 There are no shoes (or feet) on the ski suit, so to offer total warmth while frolicking and looking good, perhaps it could be paired (theoretically) with these 19th century Hungarian socks. 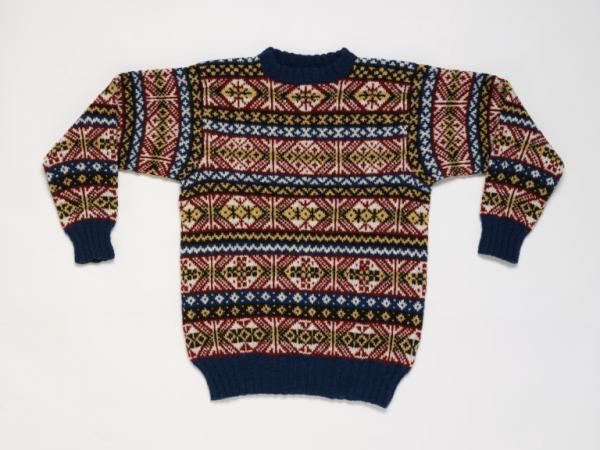 Later, when you’re in from the snow you have come to recline by the fire and drink some sherry. The ski suit hung up to dry, and the socks are hanging over the fire ready to be filled with satsumas. To furnish even more comfort, the heat of the fire could be augmented by a knitted Fair Isle jumper, such as this one by Annie Thomson. 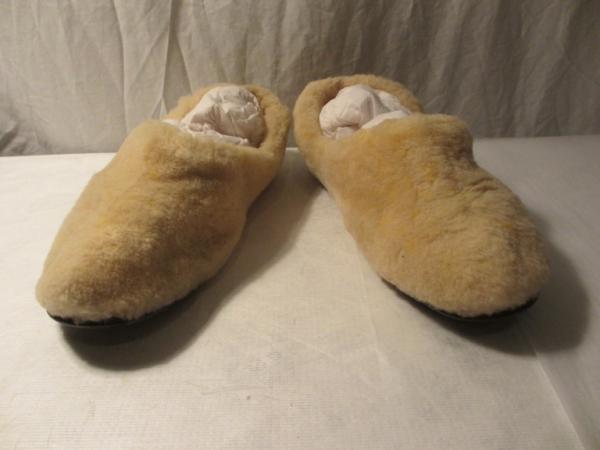 As the socks are now pinned to the mantel, snugness is completed by slippers. These formerly belonged to the poet and collector Edward James, whose wardrobe was given to the Museum in 1993.