Although it’s only two days now until it’s time to celebrate the birth of the Saviour by wrapping pork with pork, I have found that my Christmas spirit is not what it was three weeks ago. To avoid Christmas 2013 becoming a total humbug, and to deflect any notional suggestion that I might also be a humbug, I shall make one final effort to drag myself, mince pie by mince pie, toward Christmas.

Last week we paid tribute to Mrs. Claus. This week we shall continue to give due credit to the ChristmastimTeam and, finally, the Big Guy himself, that sherry-soaked, roly-poly master of the skies, King of Christmas, philanthropist extraordinaire, patron saint of seafarers, the one and only Father Christmas. 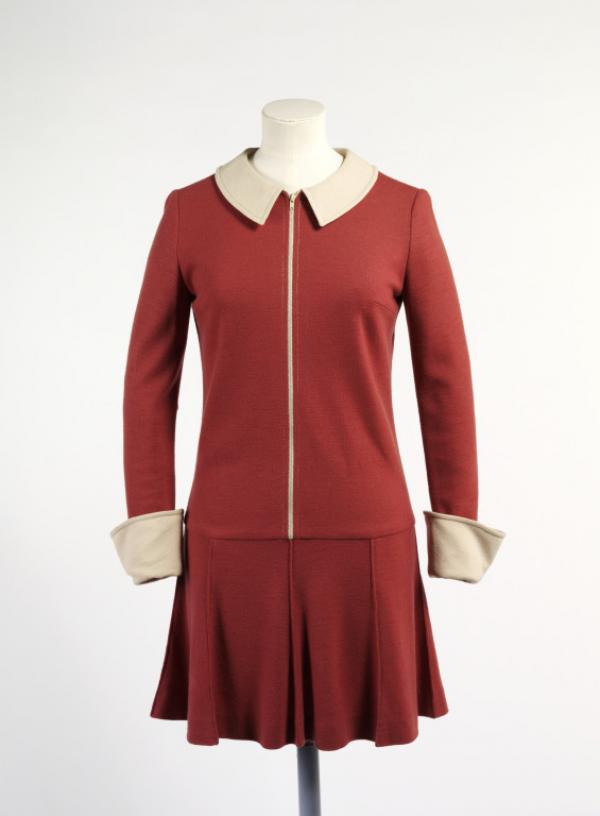 Christmas is executed to Santa’s design; he directs operations, flies the sleigh, descends the chimneys and fills the stockings. His reward is found at the bottom of small glasses containing the 200 million units of sherry he knocks back each year. However, there are those at Christmas Central who work tirelessly for lesser rewards, and North Pole Law is notoriously vague on the matter of long-term indentured labour. I must raise the uncomfortable question of whether or not Christmas would happen at all if the elves became politicised and demanded fairer payment than just mince pies. Consumerism has a long reach. The question of their liberty is made all the more uncertain by the presence of clothing, in this case adorable matching outfits, on their persons, because it is widely known that the provision of clothes qualifies an elf for freedom. The UN are looking into the matter. 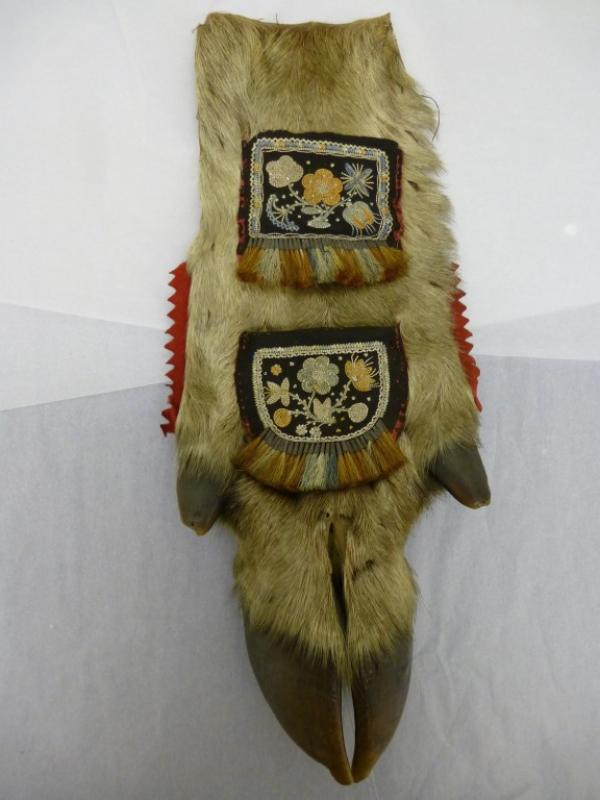 Faithful Rudolph, who waits patiently atop each dwelling as Santa makes his entry, and whose fleet steps carry him and the laden sleigh to all corners of the earth, deserves a special mention. In our collection we have two moose or elk feet, repurposed in the nineteenth century as paper racks. In the family of Rudolph, as with all things, not all stars shine brightly, and whichever cousin these feet were once attached to obviously couldn’t fly out of the range of the hunter’s sights. 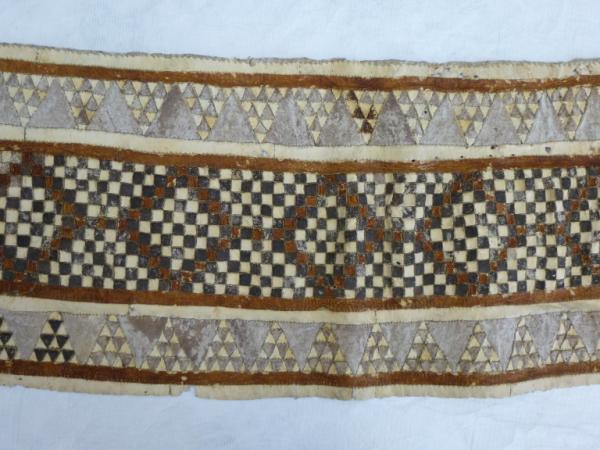 As well as his magic feet, in order to keep him and millions of beautifully-wrapped parcels aloft, Rudolph also has to have magic skin. Again, an unlucky Russian relation fell short of greatness had his or her skin made into a patchwork border for a blanket or dress (perhaps then given as a Christmas present, which would make the situation more palatable) 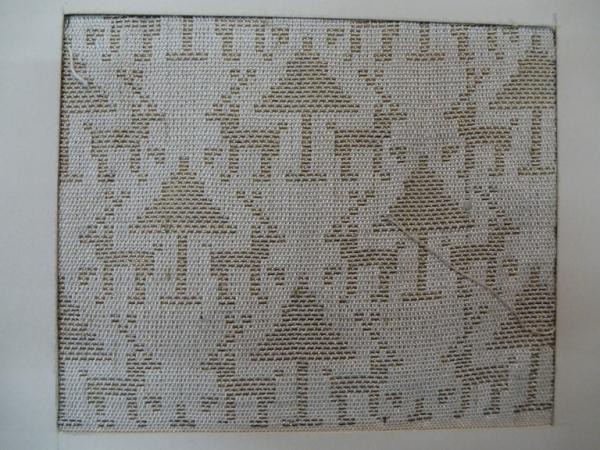 This embroidered sample is included here as a brief tribute to those fallen ruminants. Rudolph sees no distinction between his fellows; indeed they are all deer to him. 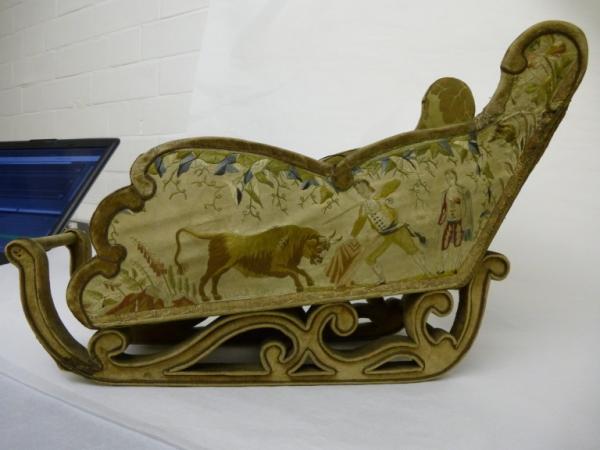 A captain isn’t a proper captain without his ship, so let us take a moment to reflect on the world’s fastest and most spacious and most magical freighter. I doubt very much if Santa’s sleigh is decorated with embroidered matadors, but that’s only speculation since it’s never been reliably photographed. According to Clement Clarke Moore Saint Nick’s sleigh is a tiny sleigh, so possibly the scale of this object can be considered truthful. 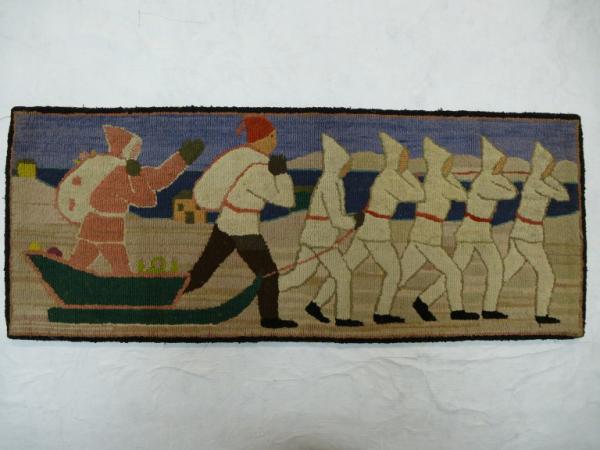 Since he works so very hard, it is very apt that Santa has a few admirers. On this 1930s Canadian rug we see him being borne through the snow by some of his biggest fans. I’m far from certain what might have happened to Rudolph (or Dasher, Dancer, Prancer, Comet, Vixen, Cupid, Donner and Blitzen for that matter) on this occasion. Maybe they wouldn’t start in the cold?

Have a wonderful Christmas. 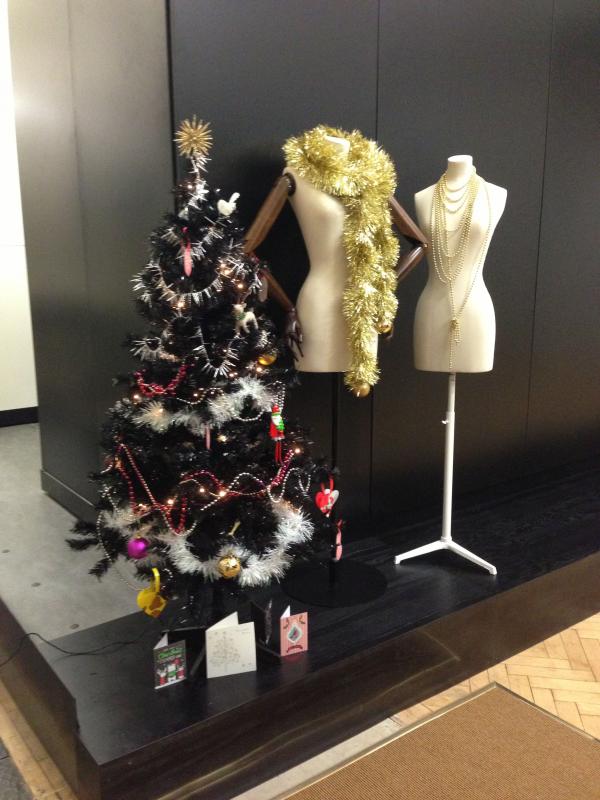 Christmas at the Clothworkers’ Centre, photo by Suzanne Smith