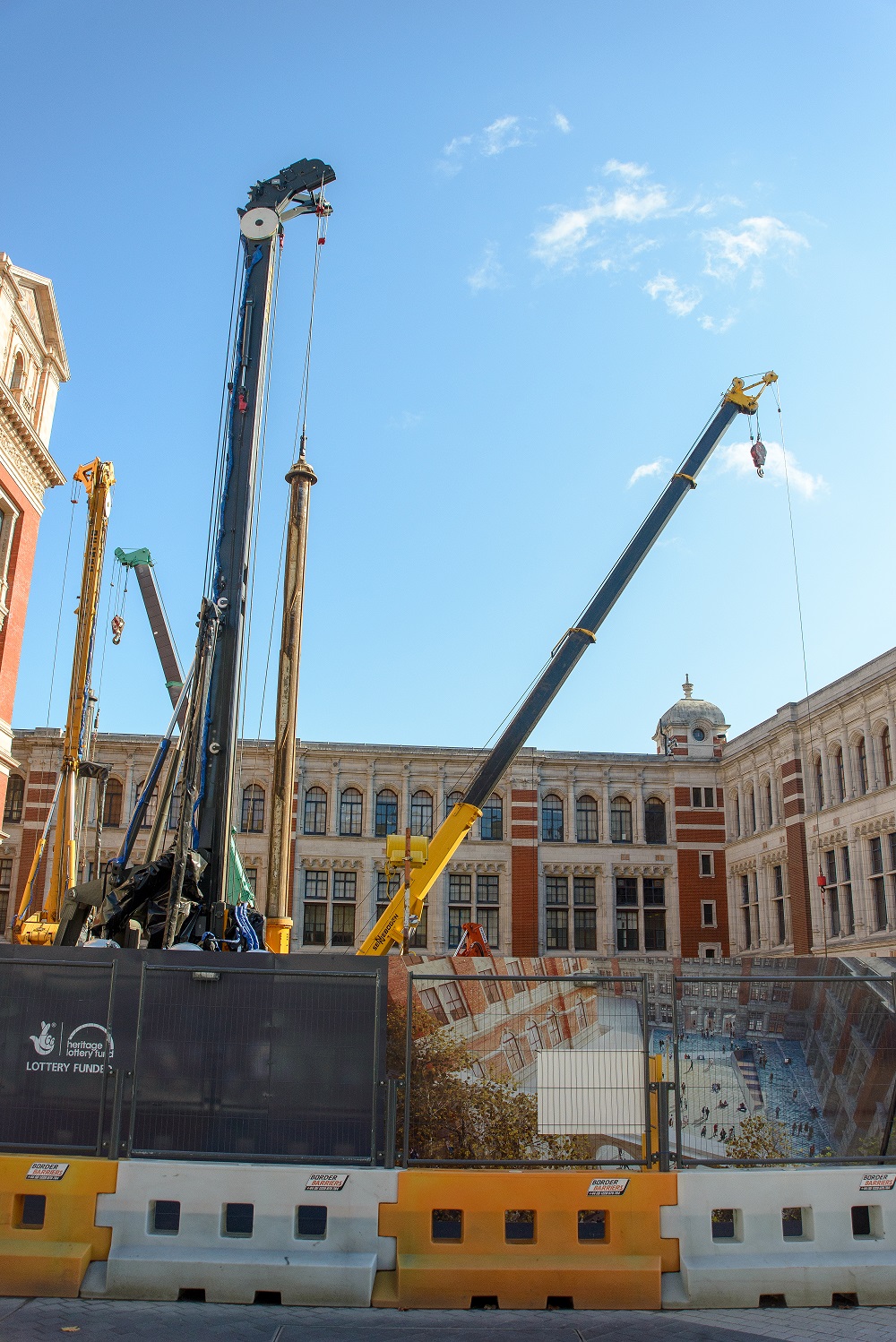 Have you walked down Exhibition Road recently and wondered exactly what is going on at the V&A? Why is there a forest of machines towering above the old buildings? 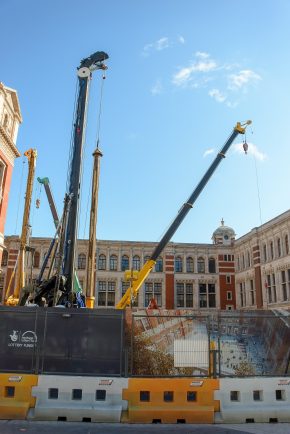 The answer is that the V&A is undertaking the biggest building project at the site for over 100 years – and it will completely transform how we approach the museum (both metaphorically and literally). Some readers will remember the masonry screen that once stood where the hoardings now stand – this 19th century structure was designed by Aston Webb to hide the museum’s boilers. In the 1970s the ‘Boiler house Yard’ was filled with new buildings which were mainly used as staff accommodation. But in February this year these were all pulled down to make way for what will be a beautiful, ceramic-tiled courtyard (the first in the UK). Once this is complete, the screen will return from its safe storage to be carefully replaced with new openings formed. This means it will be possible to walk directly into the courtyard from Exhibition Road and straight through to the museum via a grand new entrance.

Sitting directly opposite the Natural History Museum and just along from the Science Museum, the new courtyard will be a much-needed open air space, right at the heart of South Kensington. And, as you would expect, there will be an ace café (with quite a nice museum attached).

But perhaps the most exciting element of this project is what can’t (initially) be seen – an enormous, subterranean exhibitions gallery – over 1,100 sqm for blockbusters like Hollywood Costume and David Bowie Is… Unlike the current galleries, this will be one large open space, which will allow designers really to go to town in devising new ways to display objects.

As with the V&A’s existing buildings, these new structures will not only be part of the museum but will be a collection of objects in their own right – an outstanding example of contemporary architecture at the world’s greatest museum of art and design. But even the most imaginative viewer might find it hard, as they peak through the hoardings, to see the beauty that will eventually emerge from what is currently a giant mud bath.

RE: the photo above called ‘Visualisation of the new courtyard seen from above Exhibition Road’

The floor looks like it has changed from previous images of how the floor will appear. I am curious if the specification if the tiles has changed since the earlier pictures were produced? The floor now seems somehow translucent like water. Can you provide any further detail please? Many thanks, Vee

Hello Vee, thanks for your query. The specification for the courtyard floor tiles has not changed, they are to be ceramic with some glazing to create a pattern which will reflect the structure of the gallery ceiling underneath. The predominant colour will be the white of the unglazed ceramic. I will be blogging more about the design and manufacture process of these tiles over the course of next year…watch this space!