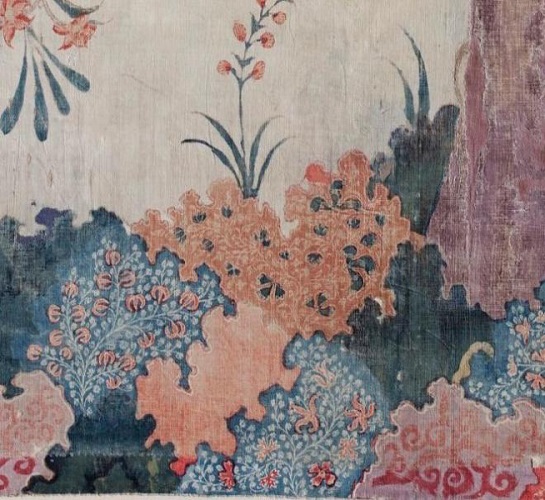 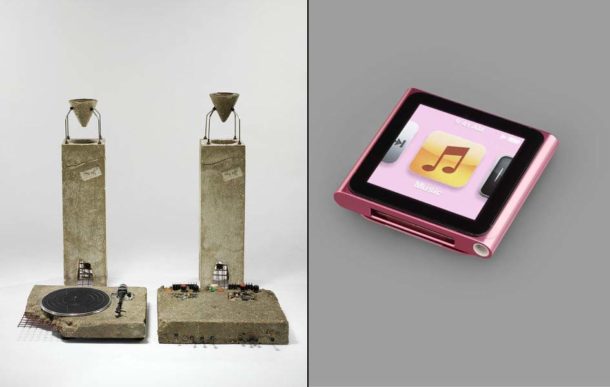 This post is part of a series called ‘Value Debates’, which highlight objects from the V&A Collection, some of which will appear in ‘Values of Design’, the inaugural exhibition for the V&A Gallery at Design Society. In each post, we will look at objects which propose a different way of addressing a certain value, and what that says about design. This week we look at the value of  miniaturisation.

Progress in design is often measured by size. Take watches, for example. ‘Portable clocks’ were first worn in the 16th century either hung around the neck or attached to clothing. They were wildly inaccurate, practically useless as time-keeping devices, and served mainly as ornament. By the 17th century, technological advances allowed watches to become smaller and more accurate; they could now fit in one’s pocket, leading to the popularisation of the pocket watch. Eventually, watch technology became even more refined, and watches could be worn comfortably on the wrist. Military men at the end of the 19th century, who needed to coordinate their attacks and manoeuvres, were among the first to liberate the watch from the discrete pocket to the more conspicuous forearm. In the early twentieth century, luxury watchmakers would even experiment with watch-rings , although they remained a novelty.

Making watches smaller helped spread their appeal, and the proliferation of time-keeping devices as a must-have accessory had profound effects on how we organized our daily routine. Time became more structured, allowing for the coordination of infrastructure, logistics, manufacturing, and society in general. In that regard, it’s easy to view miniaturisation – and by association design – as a measure of progress.

In the 20th century, the music-player took over from the watch in our collective quest to miniaturise and make more portable. The Victor Special, designed by John Vassos in the 1930s, was a record player built into its very own carry case. Dieter Rams took it further, when he introduced the TP1 in 1959, a transistor radio and record player that could be slung over the shoulder. Rams’ design trick for reducing bulk was to position the stylus on the body, so that the record is played from the underside. With the introduction of cassette tapes, Sony took a giant step again with the Walkman in the 1980s. Because cassettes didn’t skip like records, listening to music could now be done on-the-go, or during exercise. But the biggest leap by far came with the advent of MP3s and Apple’s iPod. Not only was the iPod small, but now you could store hundreds of songs on it. While the first iPod was relatively bulky, in the span of a decade, the company managed to reduce its size to just a few square centimetres. The iPod Nano was the smallest version of its product line, before smart phones eventually absorbed the function entirely, making it almost obsolete.

How far can miniaturisation go? It might seem like there is a natural limit. Ring-watches never took off because they were impractically diminutive. Many people found the iPod Nano’s interface too small to manage. But with the digital world, an alternative has opened up: objects can simply disappear. In 2014, Bestreviews published a deceptively simple video online called Evolution of the Desk. It is a shot of a work desk filled with office-related tools and objects. Along the bottom, a timeline runs from 1980 to the present. As the years progress, we see the objects get smaller, merge into each other, and eventually become absorbed into a singular laptop, sitting on an empty desk. The message is simple. Software has made most physical things obsolete.

There is an unintended effect to this video. The final shot of a lonely laptop on a barren desk is depressing. While minimal interiors have long been an aesthetic goal of modern architecture, minimalism in practice is often more undesirable than it appears in magazine spreads. The image of the 1980s office desk at the beginning of the video, cluttered with objects that deliver necessary functions, is strangely charged with more warmth and meaning than its 2014 counterpart.

Which is precisely what makes Concrete Stereo so interesting. In 1983, Ron Arad wowed the design world by producing an at-home sound system unlike anything seen before. Concrete Stereo was a turntable, tuner, and speakers encased in blocks of chipped and cracked concrete. With its rough-and-ready surface and exposed re-bar, the object resembled much more a kind of post-industrial totem, than the sleek and discrete entertainment systems available on the market at the time. Ironically, it was the miniaturisation of electronic components in the 1980s that enabled Arad to experiment with form, going bigger rather than smaller. Designers who struggle with making an object smaller and more compact are essentially faced with the riddle of how to pack in all the functional bits. Arad reversed this logic by completely rejecting the ambition to make things small. And with off-the-shelf miniaturised electronic components, he was relatively free from functional puzzles to create a wild and expressive object.

And herein lies an enticing alternative for designed objects today. As digitization threatens to make our physical objects redundant, rendered into the flat space of ubiquitous screen technology, we can flip the script and see digitization as an opportunity for more expressive form. Software means that functionality is no longer a spatial constraint; designers can conceivably encase any digital tool in an infinite variety of tactile expressive shapes. Imagine liberating apps from our screen-based devices and giving them renewed physical character. A clock becomes a robotic arm that writes out the time in sand. A rolodex becomes a miniature printer that spits out business cards via voice command. You could even hack old objects to carry out new digital functions. Imagine writing an email on a Valentine Typewriter, or inputting spreadsheet data on an ET66? Suddenly, the sad lonely desk in ‘Evolution of the Desk’, becomes populated with functional totems. It has character again. This might sound superfluous to purists, but for many of us, interaction with objects is still important. As long as our emotional connection to physical things remains, miniaturisation, it would seem, has its limits.