The remarkable Head of a Laughing Child sculpture was made in London in about 1746 by the Chelsea Porcelain Factory, and is one of only two porcelain models in existence. The other surviving version, painted in polychrome enamels, was first discovered in 1938, and is now in the collection of the Ashmolean Museum, Oxford. Our sculpture was acquired in 2019, with generous support from the Art Fund, V&A Members and funds from the Hugh Phillips and the Murray Bequest. We are excited to now be in the early stages of a science conservation project which will analyse the ceramic body and glazes of this fantastic piece of early English porcelain.

For centuries, the smile has dominated European visual culture – from Leonardo da Vinci’s infamous Mona Lisa, to devotional depictions of the Christ Child, such as the 15th-century terracotta sculpture, Virgin with Laughing Child in our collection. Cherubs and children were often depicted as smiling or laughing, to emphasise the idealised frivolity of youth. But smiles have not always been the same: poor dental hygiene and different social etiquette meant that joyful figures were often represented with small, fairly restrained smiles, and no teeth!

We know that 18th-century artists were especially interested in different states of humanity. The sculptor Franz Xaver Messerschmidt (1736 – 83), for example, created a series of character heads in the 1770s illustrating different emotional expressions, one of which is in our collection. Other artists created pairs of opposing figures – one laughing and one sorrowful – to encourage the viewer to become more aware of the philosophy of the human condition.

Our Laughing Child sculpture is most frequently attributed to Louis-François Roubiliac (1695 – 1762), who notably had plaster versions of both a ‘laughing boy’ and a ‘crying boy’, which featured in the 1762 sale catalogue held after his death. Roubiliac’s Laughing Child was made during the infancy of the Chelsea Porcelain Factory in the 1740s. Perhaps Roubiliac modelled it in clay and produced a terracotta version, from which Chelsea would have taken plaster casts. Chelsea was one of the first factories in England to successfully produce a creamy white porcelain. Smiling directly out at the viewer, with a dynamic expression, this piece really shows off the aesthetic potential of this brand-new sculptural material. We are looking forward to further investigating and discovering the secrets of the Laughing Child, which I will document in a follow-up post.

Find out more about our Ceramics collection. 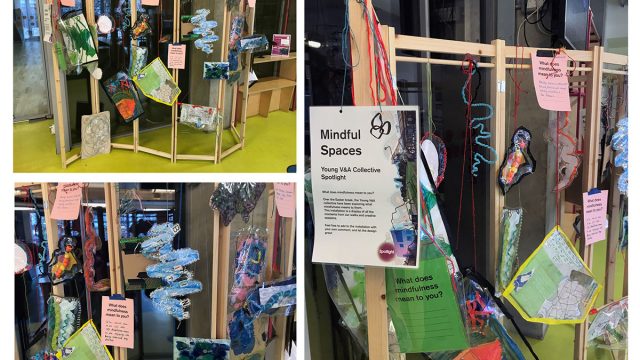