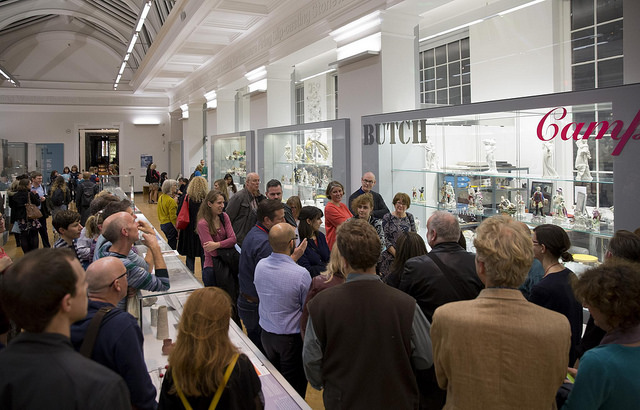 One of the most enjoyable parts of the residency in the Ceramics Galleries, is the opportunity to spend time investigating and working with the collections.  A set of cases by the studio are provided for the Artist in Residence to re-curate objects from the collections 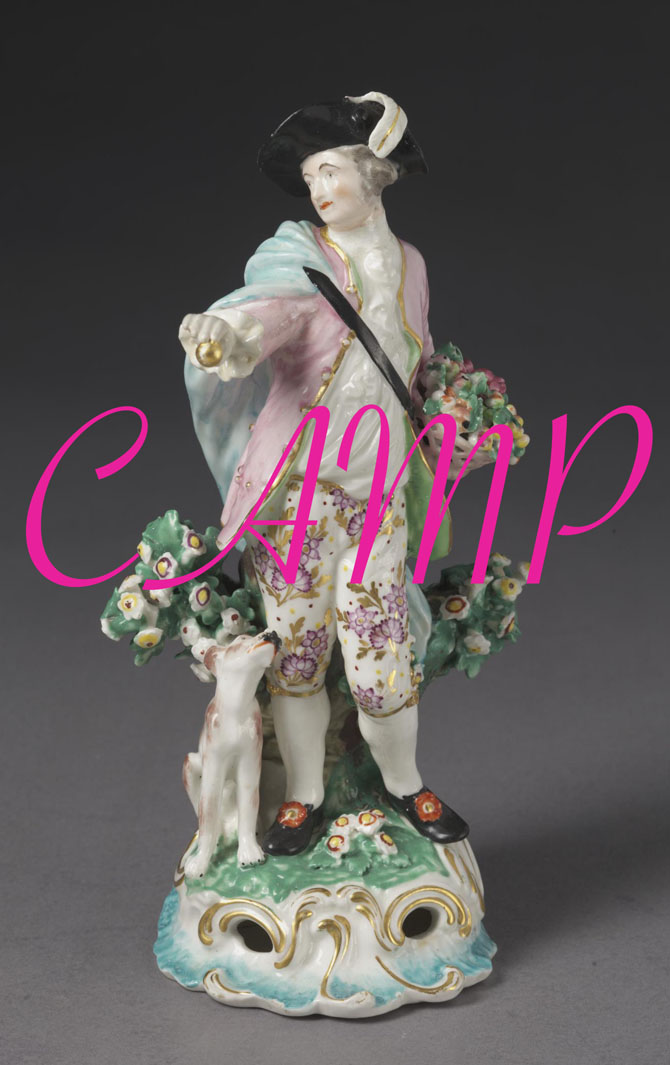 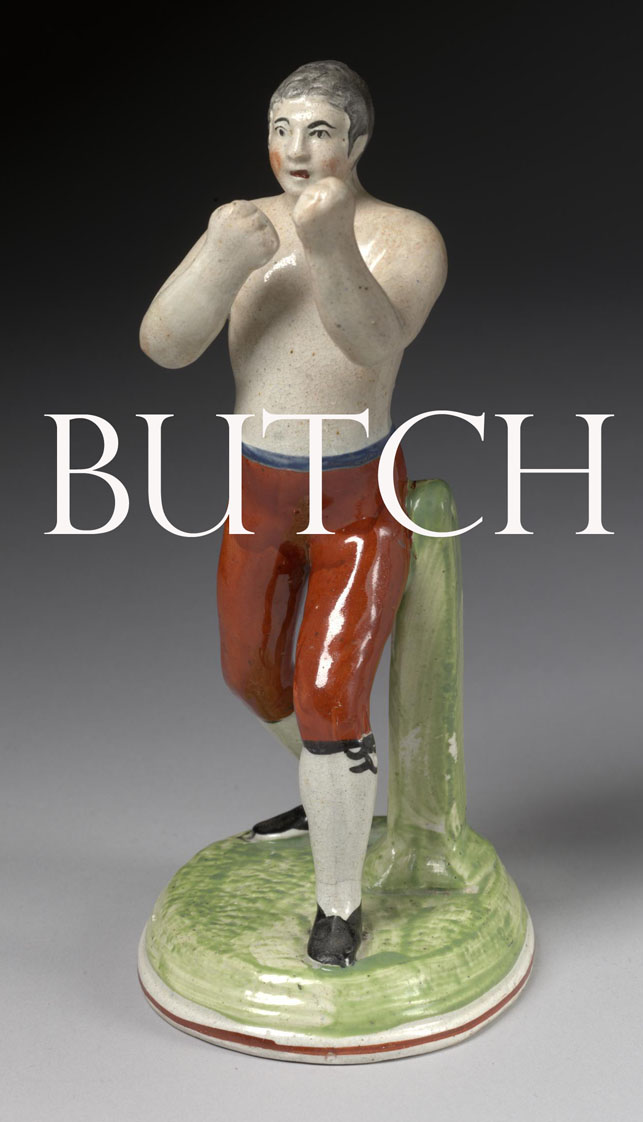 I chose to look at the figurines in the collections.  I have an uneasy relationship with figurines.  Whilst I appreciate their craftsmanship, many of them run counter to contemporary taste.  Whether it is their diminutive size, or the posing and modelling of the figures, they can also seem quite camp.

I was interested in exploring what these figurines might tell of about historic portrayals of gender, and how this corresponds to contemporary expectations of how men and women behave.  I therefore started by lining up a selection of the museum’s figurines on a scale from most butch to most camp.  This proved more difficult than I expected and led to long discussions about what camp was and how to grade it. 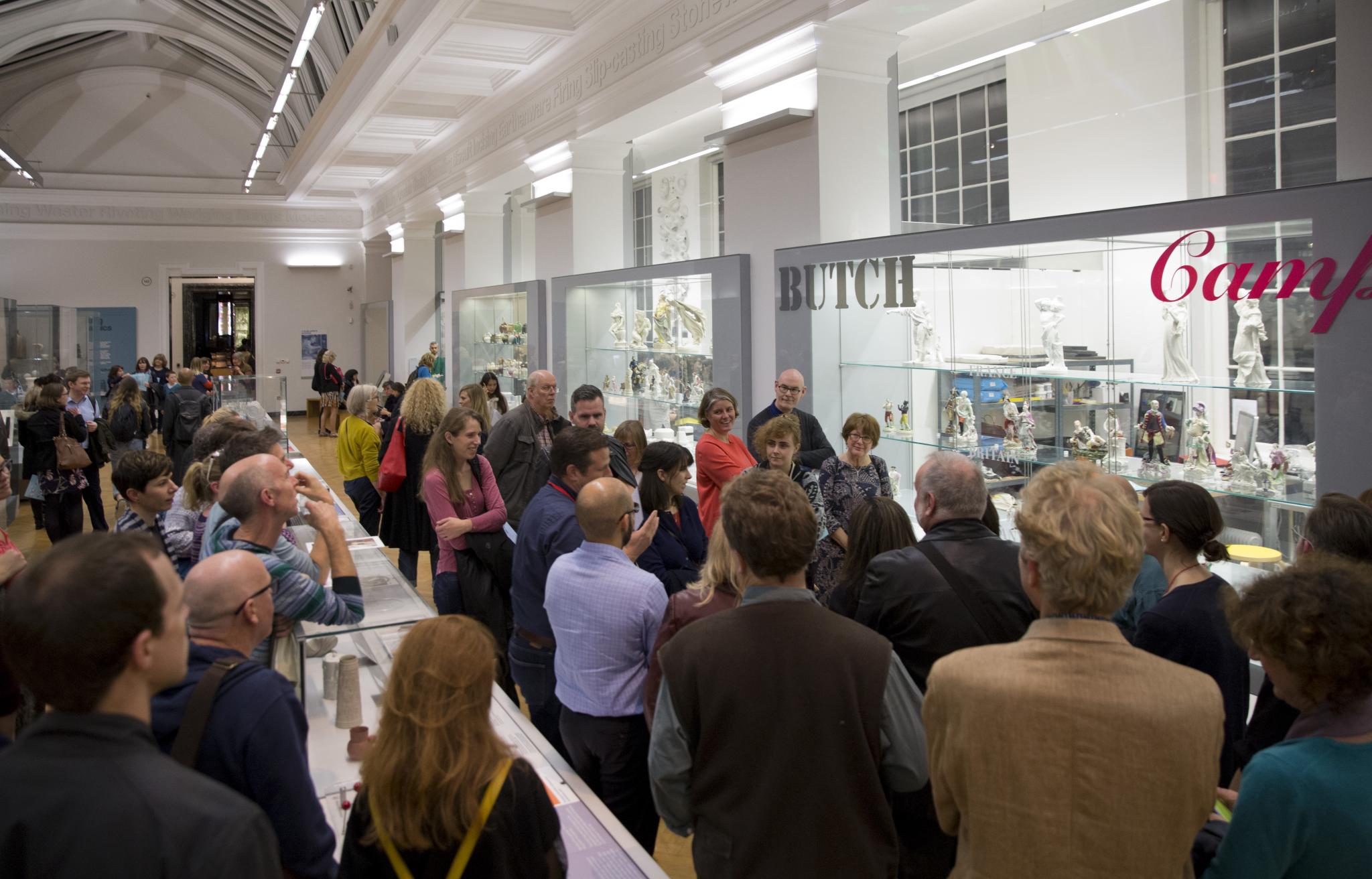 Realising that contemporary eyes will never completely understand how these seemingly effeminate performances of masculinity were read in the past, I decided to try and overlay a contemporary bastion of camp – the Eurovision Song Contest – onto the museum’s collections to see whether there was any correlation between a country’s success in the Eurovision and how camp the figurines in the museum’s holdings from that country were.

The big surprise of the research was Ireland.  With the most Eurovision wins of any country, I was hoping for a avalanche of camp, but unfortunately the holdings of Irish ceramics contain few figurines. Germany (2 Eurovision wins) scored highly on number of figurines, but their scale was relatively diminutive.  Britain (5 Eurovision wins) came through on both number and size of camp figurines.  France (also 5 Eurovision wins) seemed to concentrate on scale rather than number.

Underneath the frivolity, exploring the collections from this alternative viewpoint raises some difficult questions.  It has been argued that museums reflect what is considered important in society and the collection of ceramic figurines certainly includes representation of gender and racial difference.  For groups in society whose difference is less visible – including many people who identify as LGBT – seeing themselves reflected in the collections is more difficult, and can rely on attributing characteristics (in this case camp) with an identity group (gay men). Since many gay men feel no association with camp, this use of stereotypes is problematic.

To prove that camp is not the sole preserve of men, I’ll leave you with this fantastically camp figure by Agathon Leonard. Camp isn’t who you are, it’s what you (maybe) want to be. 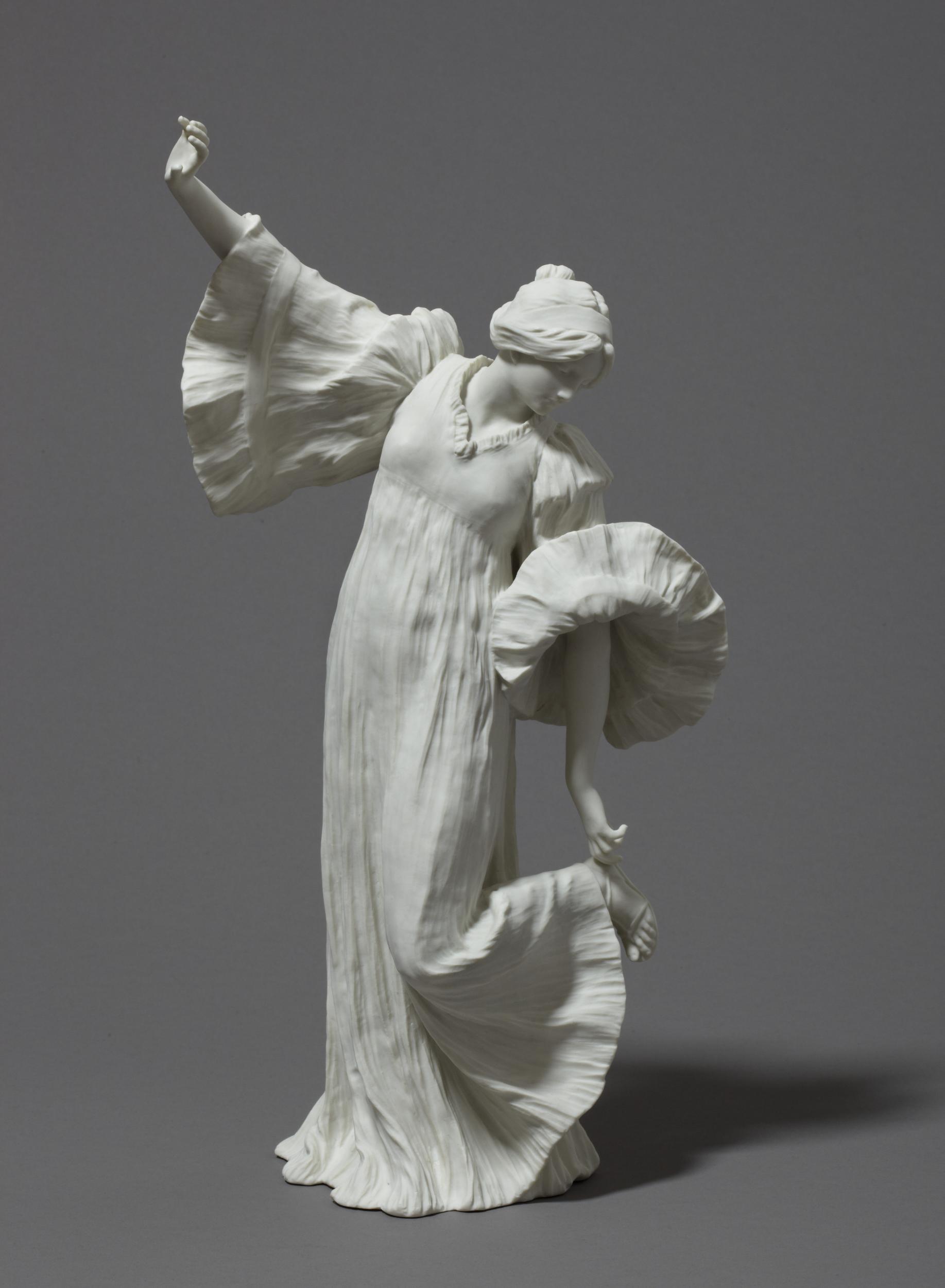