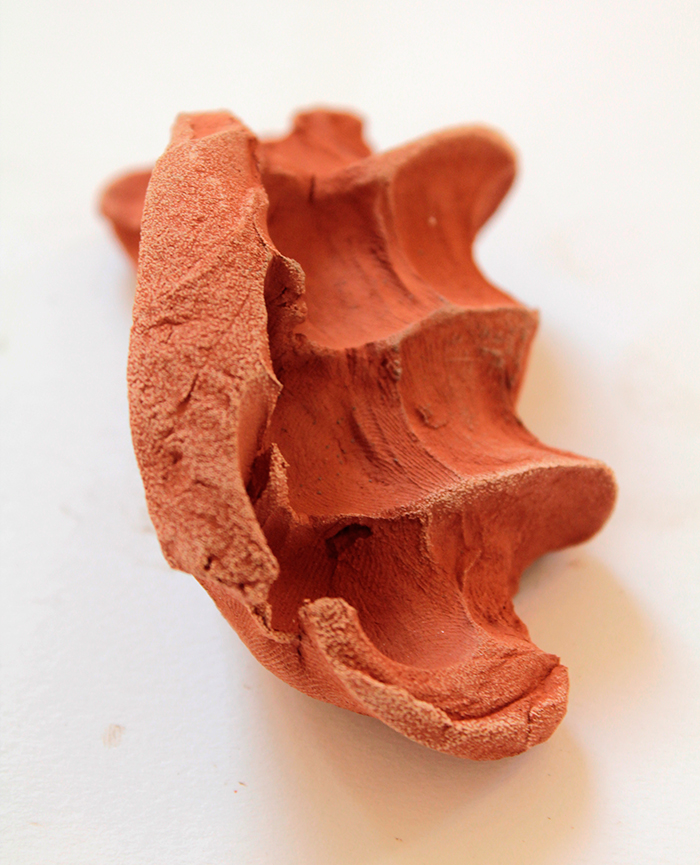 I like the idea of buildings as handcrafted objects, hands are the most sophisticated and versatile of all the tools involved in the construction process, they perform the small gestures, that accumulate over time to reveal the completed building.

These gestures range from hand signals that guide vehicles and objects through the site, to the delicate judgement in directing the power of heavy machinery.

I have been researching the plaster cast collections and have been drawn to a series of plaster cast hands left to the V&A by the sculptor Joseph Edgar Boehm. Initially I was interested the grand scale of the architectural casts, but these objects have an incredible intimacy and immediacy in their tracing of the human form.

This collection of hands made me want to make my own recordings of the hands of people working on the Exhibition Road building project, in one sense, picking up where Boehm had left off.
At the moment the piling process is taking place on the building site, the colossal piling rigs are drawing clay up out of the ground from up to 50m below street level.
I have been taking this clay off site and putting it through various processes to turn it into conventional modelling clay. For this, Nao Matsunaga, the Ceramics Resident, very kindly passed on his know how and tools.

The clay must be broken up into small pieces to dry out, and then crushed to dust, then you mix it with water again and leave it to settle, the clay sinks to the bottom and you can pour the excess water out. Whats left is poured onto a plaster slab to draw out more moisture, then you wedge it to remove any pockets of air, and its all ready to use like normal modelling clay.

I have been giving each person working on the project a piece of this clay, asking them to work with it in their hands for a couple of minutes so the lines of their hands and finger prints are pressed into the clay. Both Nao Matsunaga and new Ceramics Resident, Matthew Raw, have fired the results to transform them into terracotta.
During my residency at the British Museum, Philip Attwood, Keeper of Coins and Medals, introduced me to Modern Medals, and he described them as hand held sculpture, and ever since I have been interested in working at this scale and also with the tactile quality of objects that must be picked up and played with in your hands to activate them.
From my experience labouring on building sites, you invest physically and emotionally in spaces over time, and when these projects are complete all evidence of the people who made them is swept aside.
This idea presents an opportunity to create a collection of objects documenting people’s contribution to the V&A that could go into the museum’s collection, so their presence is still felt after they have gone.
​
clay Exhibition Road featured Liam O'Connor plaster cast residency programme