For over 20 years, our Friday Late programme has been bringing visitors face-to-face with leading and emerging designers and artists. In pre-pandemic times, we curated and produced 10 events per year, transforming the museum through live performance, installations, film, debate and hands-on workshops, all programmed around a theme. On the last Friday of the month we would open our doors to thousands of visitors after hours, and create a space for the critical discussion of contemporary issues, whilst championing new and subversive design.

Like for so many, the course of this year has forced us to rethink the way we work and explore new formats for this programme to exist within. So on 30 October, we premiered the first edition in a new series of online Friday Late content, taking the programme onto our audience’s screens with a specially commissioned film shot in the empty galleries of the museum.

Ruins is a performance film made by contemporary dance company FUBUNATION (Rhys Dennis and Waddah Sinada) and filmmakers 3000ceanhill (Donnie Sunshine, Ricky Rose and Sannchia Gaston). The work explores the balance between conflict, vulnerability and co-dependency, using dance and film to address the myth of masculinity as it’s felt within the Pan-African diaspora.

FUBUNATION have been working on this project for several years, questioning the push and pull between expectation and desire. As Rhys and Waddah explain, the piece reflects the conflict between power and intimacy, and is an exploration of “two men being in an embrace rather than at odds”. The nuance of these moments has been captured by 3000ceanhill who traveled around our galleries to shoot the performance , beautifully portraying the build-up of tension and the surrender to vulnerability. The team shot on a mixture of handheld and mounted cameras to sensitively capture both the dramatic movements and tender moments between Rhys and Waddah.

We’ll be working with Friday Late designers and artists over the coming months to continue to bring you inspiring work like this. Keep an eye on the Friday Late webpage and the V&A’s social channels to hear about the next Friday Late! 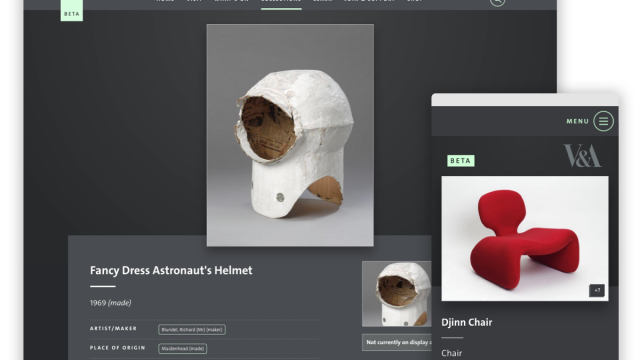