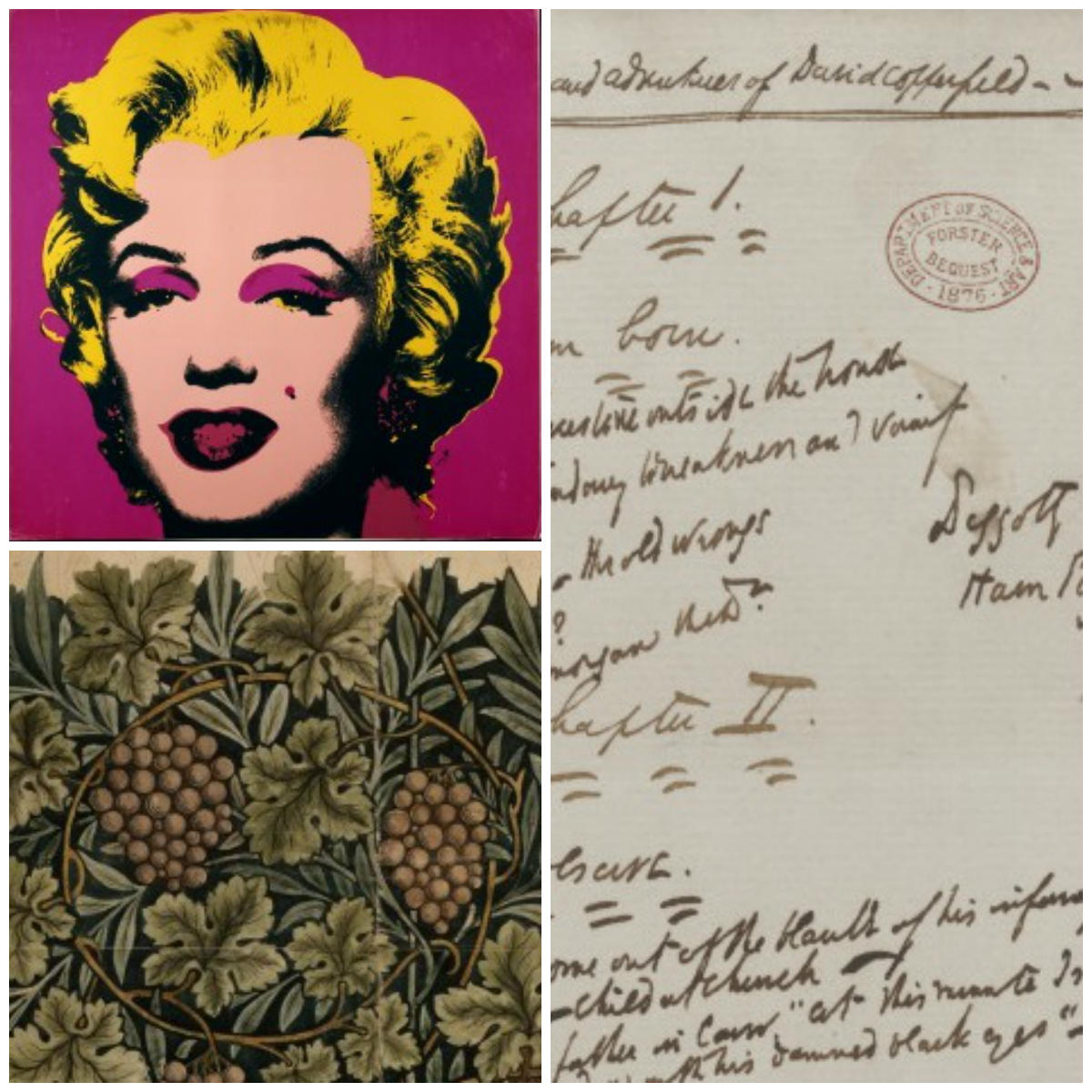 As assistant curator of loans in the Word and Image department it is my job to make sure that everything that goes on exhibition from our collections is properly documented and prepared for display. The Word and Image department (WID) houses the V&A’s collections of Prints, Drawings, Paintings, Photographs, The National Art Library and the Archive of Art and Design and and we look after over 1 million objects.

We are one of the top five lending museums in the world and we lend to all kinds of venues in the UK and abroad. In 2015 we received loan requests for over 400 objects from WID collections from museums and galleries across the globe.

The loan requests are as varied as our collections and we can be simultaneously working with a manuscript by Charles Dickens, drawings by Beatrix Potter , prints by Andy Warhol, an oil painting by Degas or wallpaper designs by William Morris.

Displays and exhibitions are a great opportunity to present our hidden gems and can provide new and interesting interpretations and insights.

However, one particular loan request we received early last year made me think long and hard about the very nature of the objects in museum collections. Does the act of putting an object in a museum collection change its nature?

We had a request from an artist who was putting together a display about fakes and forgeries in art. He wanted to borrow exhibition catalogues that had been forged and planted in the National Art Library by the convicted fraudster John Drewe.

As part of one of the most audacious art frauds of all time, Drewe had commissioned over 200 paintings from the artist John Myatt in the style of modern masters such as Alberto Giacometti and Ben Nicholson. He then sold those forgeries through reputable auction houses, accruing a small fortune before finally being arrested in 1995.

The forged catalogues had been part of an elaborate scheme of false provenances constructed by Drewe but would also play a vital part in his downfall.

The dictionary definition of provenance is “A record of ownership of a work of art or an antique, used as a guide to authenticity or quality”. To convince a naturally suspicious art market about his ‘newly discovered’ paintings Drewe created false histories by planting forged documents in the artist archives at the Tate and the ICA. Here, at the National Art Library, he substituted historic exhibition catalogues with forgeries, falsely listing his paintings in legitimate art galleries.

One of the instrumental moments in Drewe’s downfall was when, unbeknownst to him, it was discovered that we had two copies of the same historic catalogue in our collections and the forgery did not tally with it’s original duplicate. The fraud was revealed, there was finally some solid evidence that Myatt’s artworks were forgeries and Drewe and Myatt were convicted and jailed in 1999. Only around 70 of the paintings have ever been recovered and the pair have never confirmed how many forgeries were actually sold.

So how should we treat these fraudulent documents? Now they are in our collections and requested for exhibition are they artefacts in their own right?

Normally our conservators will work on objects to stabilise them and improve their appearance for display. Conservators will only perform treatments that respect an object as a historical artefact, any improvement in appearance must be stable in the long term and sympathetic to the history of the object.

As I looked at the catalogues with our lovely book conservators it dawned on us that if we were to be true to the history of the objects then we couldn’t actually do any work on them. The potentially damaging rusty staples, which we would ordinarily isolate or replace, should stay like that. John Drewe had worked hard to rust the staples, stain the pages and generally age and degrade the catalogues.

The grubby dust, that would normally be gently removed to reveal the object beneath, is finger print powder and should stay where it is. The police evidence adhesive labels should not be removed. No matter that the adhesive will eventually damage the paper and fail or that the labels were not part of the original ‘object’. It is these fake aging processes and the evidence of the police investigation which make the objects more than just the plain printed pages found in Drewe’s home after it was raided.

Ironically the fraud is the object’s provenance. In fact we will need to consider how to keep these forged signs of aging in the long term and yet somehow conserve against the natural degradation of the object to keep it ‘true’ to its original context. A slightly confusing proposition!

In a further, slightly bizarre twist, the artist requesting the catalogues was unable to cover the costs of having to take the objects to France for display. He enquired about the possibility of making facsimiles of the objects…. like a mirror reflecting a mirror it raises the question as to which is the more genuine artefact; a forgery or the exact copy of the forgery? Is it simply the intent that makes one more valuable than the other? I am sure the irony would not be lost on John Drewe. 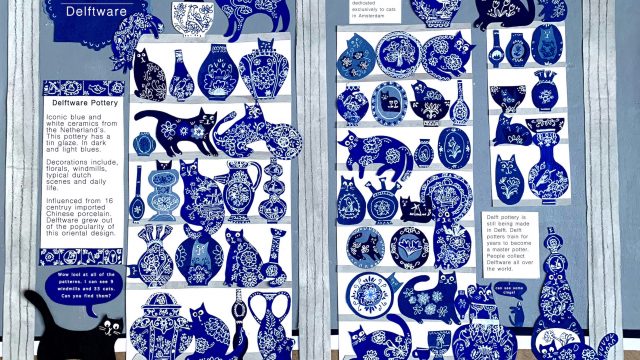