The winners of the V&A Illustration Awards 2019 were announced during the awards ceremony yesterday evening and Nora Krug was named the Moira Gemmill Illustrator of the Year. Her work, alongside the award winning artworks from each of the four categories and the commended student shortlist, will be displayed at the V&A from today until Sunday 25 August 2019. 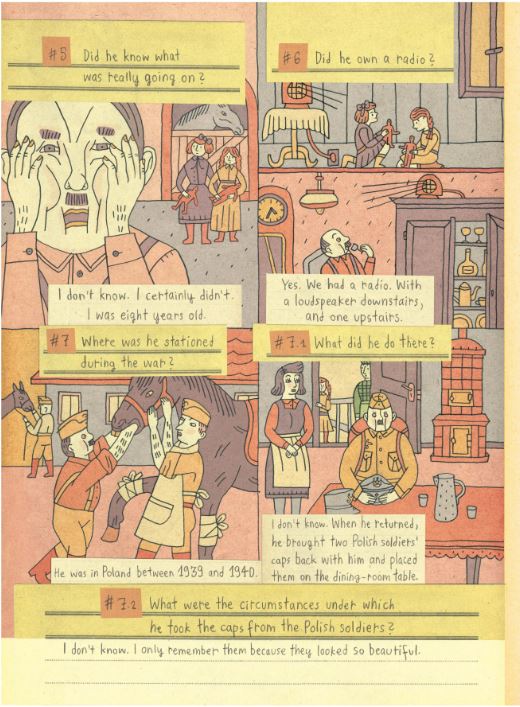 Krug’s book on the lives of her German family members under the Nazi regime explores notions of identity and home. The judges praised her decision to blend almost childlike illustrations alongside photographs of her family and life in Germany during WWII. It was commended by the judges as brave and unique, for offering a new perspective on a sensitive, complex and painful subject. 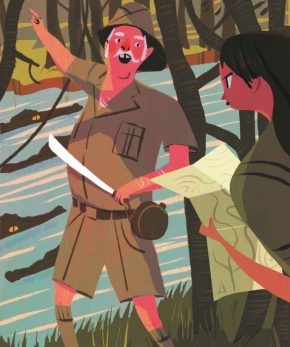 Allen’s illustration for the article ‘My Lawyer was so bad I did the work myself’ (The Sunday Telegraph) was seen as a perfect example of classic illustration. The judges said, “The ‘Money’ section of a paper is notoriously difficult to make interesting, but this made you want to read the article – even though the illustration actually told the whole story of the piece! Part of the difficulty of illustration is tricking the viewer into looking at the image for longer than a few seconds but this image kept your attention with all the clever details and directions”. 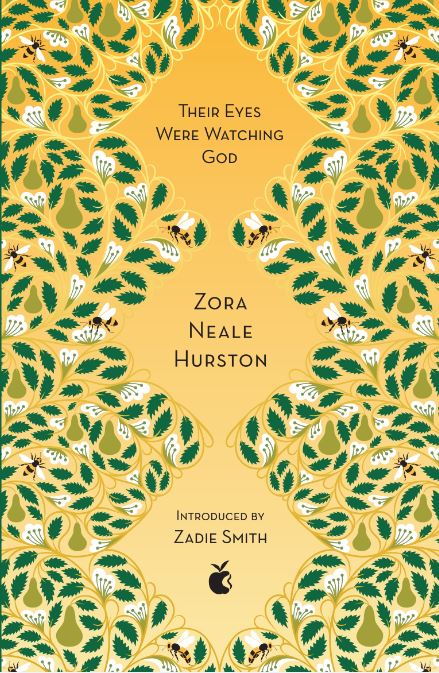 The judges felt this was a luscious, evocative and appealing cover that made you want to pick up the book and buy it. They said, “It was so beautiful that you would be proud to be seen walking around with it and reading it.” Their Eyes Were Watching God is one of thirteen books published to celebrate the fortieth anniversary of Virago, a publishing firm that champions women writers. The covers were designed by Tong alongside Hannah Wood, Art Director at Virago and Donna Coonan, Editorial Director at Virago. 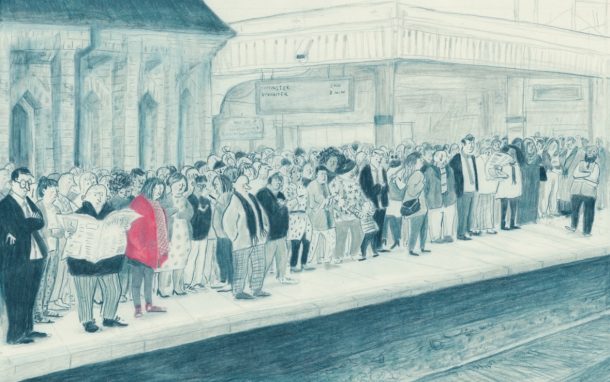 Burrows tender illustrations in graphic novel format are both darkly amusing and wryly observed. Her shrewd use of just two colours conjures a quirky dreamlike atmosphere as well as evoking the essential loneliness of the central character.

Student Runner-Up: Yanyin Xu (University of the Arts London, Camberwell College of Arts) for One by One 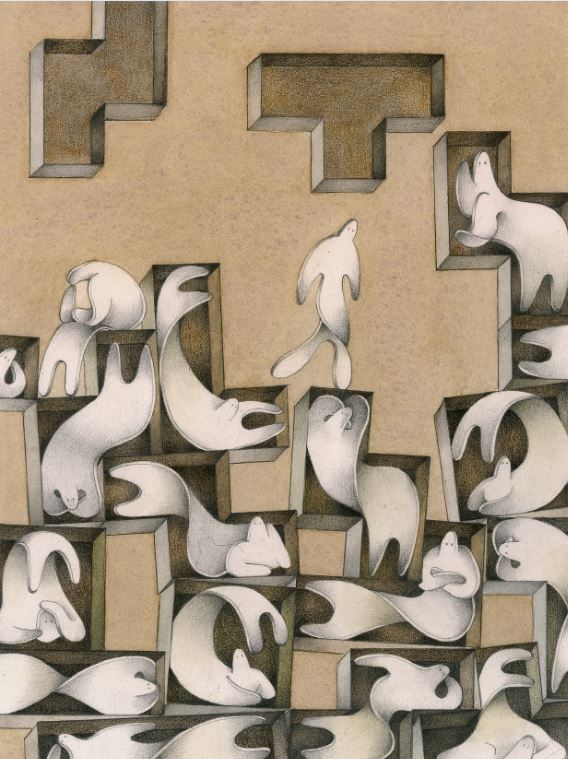 Yanyin’s thoughtful and imaginative manipulation of traditional book formats were particularly engaging. One by One images are sculptural and atmospheric. The characters contort like curling paper in inexorable mazes and confined enclosures.

This year’s winners were whittled down from almost a thousand entries. The judging panel for the published categories was made up of Olivia Ahmad, Curator at the House of Illustration and Editor of Varoom Magazine, Nicholas Coleridge, Chairman of the V&A Trustees and Chairman of Condé Nast and Jessica Voorsanger, Artist and Academic. The judges for the student award were Suzanne Dean, Creative Director at Vintage, Penguin Random House and Book Cover Winner 2018 and Cat O’Neil, Illustrator and Editorial Winner 2018. Each category winner receives £3,000, and Nora Krug also receives the Moira Gemmill Illustrator of the Year Prize of £5,000. The student runner-up is awarded £2,000.

Come and see this year’s winning entries at the V&A Illustration Awards 2019 display.