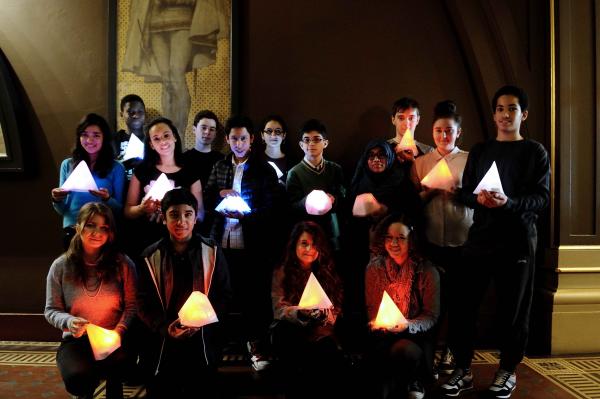 The National Art & Design Saturday Club is a national initiative by the Sorrell Foundation, aimed at giving young people aged 14–16 the unique opportunity to study art and design every Saturday morning at their local art and design college or university for free. There are currently 33 Clubs operating nationally with over 1000 members participating in this year’s programme.

In 2012, the Victoria and Albert Museum became the first Museum to pilot a Club in a Museum setting.  The pilot year which focussed on design and making skills linked to the V&A’s collections was such a success that the Museum has just finished a second year of the programme and is now in the planning stages for a third.

As well as attending practical weekly classes on a variety of subjects over year, Saturday Club Members get to take part in exhibition visits, meet professionals working in the creative industries, attend a Masterclass taught by a high profile artist or designer and have their work exhibited at an annual Summer Show at Somerset House in London.

This year we have seen twenty students participate in the V&A Club programme, all nominated to attend by teachers at schools local to the Museum. Inspired by the V&A’s collections and the Tomorrow – Elmgreen & Dragset exhibition, the V&A Club members spent the year working on a variety of projects linked to the idea of domesticity. Led by Artist Designer Jasleen Kaur for the duration, highlights from the year included the following projects.

The year started with a workshop with previous V&A Resident Jason Singh where Club Members navigated the Museum using sound. The group recreated sounds that reflected the feelings and emotions felt during their tour of the Museum, which Jason then mixed into a final sound piece representing the whole group.

Club Members were then given an introduction to ceramics by Ceramic Artist Matthew Raw. Matt led three weeks of classes up in our Ceramics Studio, where the young people attending learned the basics of working with clay, including press moulding and glazing. 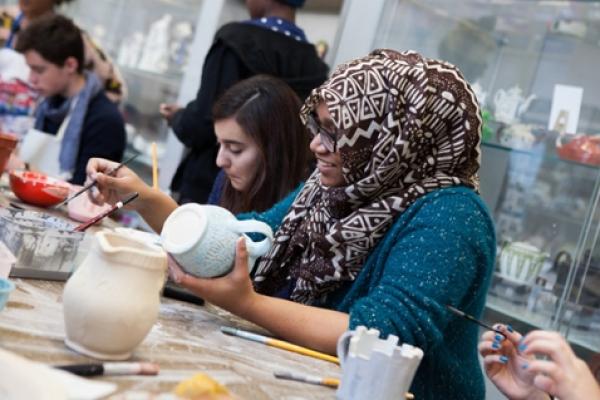 V&A Club members also completed a furniture project inspired by the Pearls exhibition. Following a visit to the exhibition, the group worked on both individual and large scale group drawings to document patterns and textures seen in the display. These drawings then formed the basis of patterns which were applied to fabric using printing techniques.  Calling on tutor Jasleen Kaur’s background in working with reclaimed and recycled items, the Club Members built pieces of furniture using salvaged materials. Their furniture was then upholstered in the fabric that had been printed by the group in previous workshops.

The year ended on a high for Club Members with the Sorrell Foundation arranging for a Masterclass workshop with London based designer Moritz Waldemeyer. Recent projects for Moritz include work for Audi, Philip Treacy, the London Olympics Closing Ceremony, and pop stars Rihanna and U2 so we were very excited that he had agreed to spend a Saturday with our group at the Museum.

Moritz worked with Club Members to demonstrate how technology and creativity can be combined. The group started off making simple LED circuit boards until they became more confident, at this point more complex circuits were introduced until each member had produced an individual LED installation with a lampshade which produced different colour and lighting patterns. The day ended with the V&A Club Members taking their work out into the galleries for display as a beautiful collaborative piece for visitors at the Museum to admire. 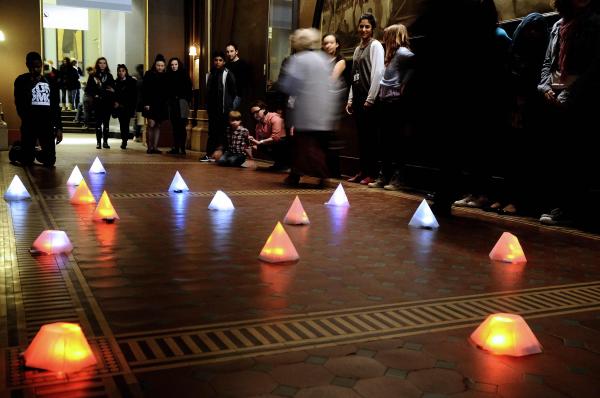 To celebrate the annual body of work produced this year, the V&A Club Members work will be on display alongside work by other Saturday Clubs at a free exhibition at Somerset House in London from 12th until the 20th June 2014. The exhibition is open daily from 10.00-18.00.

If you’re in the area we very much hope you’ll pop in and be inspired by the work of our next generation of artists and designers!

If you would like to hear more about the Saturday Club programme at the V&A please email create@vam.ac.uk

9 comments so far, view or add yours

I have read the information about V@A Saturday Club and I am very interested. Could you please send me more course details and what I would need to do? Art is my favorite subject at school and I am keen to progress in this subject.
Thank you

I would be happy to join this club. I’m going to look forward to this.

I am really interested in this. Could you please send me the details on how to login in the V&A National Art and Design Saturday Club please. Art is my favourite subject so, I’m hoping to extend this progress in this subject.

I am really interested in this. Art is my favourite subject so, I’m hoping to extend this progress in this subject.

I hope I join this art club.

i am realy intersted in this. Art is my favorite think i like to do, i’m hoping i extend this progress in this subject.

i hope i join this art club.

I am really interested in this. Could you please send me the details on how to login in the V&A National Art and Design Saturday Club please. Art is my favorite subject so, I’m hoping to extend this progress in this subject.

Hi, i am really interest in taking part in the Sorrell programme. Please send me more info. Thank you 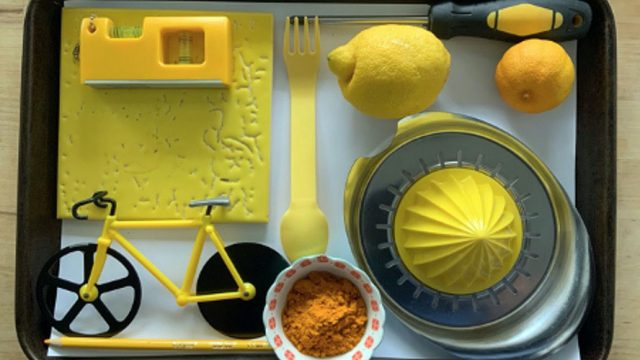 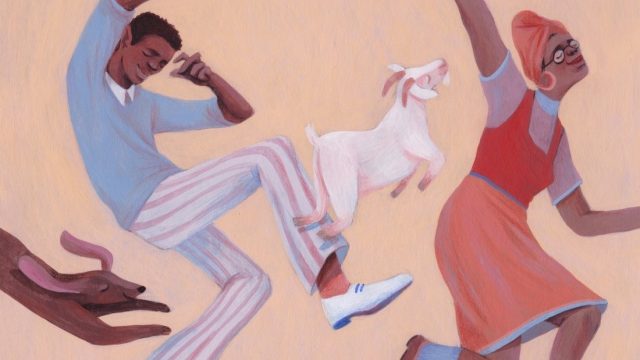