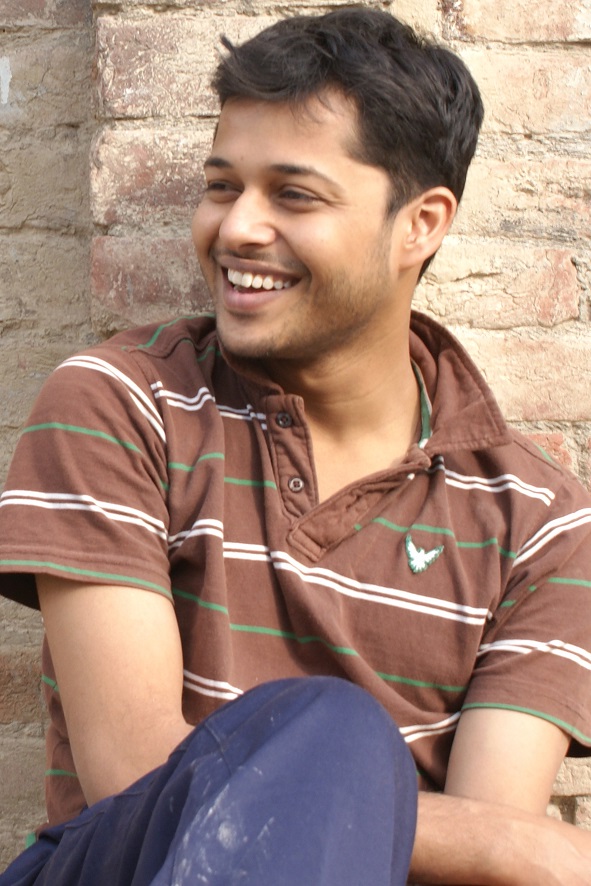 We are delighted to announce the appointment of our first Jameel Prize Resident, Noor Ali Chagani, who will be in residence at the V&A between October 2016 and early January 2017. His residency is in partnership with Art Jameel and in collaboration with The Mosaic Rooms.

Noor Ali Chagani was born and raised in Karachi, Pakistan and holds a BFA in Miniature Painting from the National College of Arts, Lahore. He has since exhibited in solo and group exhibitions in Pakistan, India, UAE, UK, Netherlands, Bahrain and United States.

Chagani was one of the shortlisted artists for the V&A’s prestigious Jameel Art Prize 2011 exhibition and international tour. The Jameel Prize is an international award for contemporary art and design inspired by Islamic tradition. Its aim is to explore the relationship between Islamic traditions of art, craft and design and contemporary work as part of a wider debate about Islamic culture and its role today. He has done residencies at The Rijksakademie in The Netherlands in 2012 and Riwaq Art Space in Bahrain in 2013. Chagani had his first solo exhibition at Leila Heller Gallery, New York, earlier this year.

Based in Lahore, Chagani uses his traditional training to inform his contemporary practice. By combining exquisite miniature traditions with ceramics and the techniques of brickmaking craftsmen, Chagani creates works comprised of hand-made miniature terracotta bricks with applied brush strokes to fluidly depict the imagery in his hometown. Chagani is the first contemporary miniature artist using the rules of miniature paintings in 3D.

“During my residency, I am interested in responding to the V&A’s South and South East Asian miniature collections to produce brick jewellery inspired by the ornamental jewellery worn in the Mughal Court. In my work, the use of bricks takes on several meanings, as a symbolic take on the contemporary world and the physical and emotional labour and toil that is expended in building, the need for security and protection, but also as a reminder of partition and the walls we build between us.”