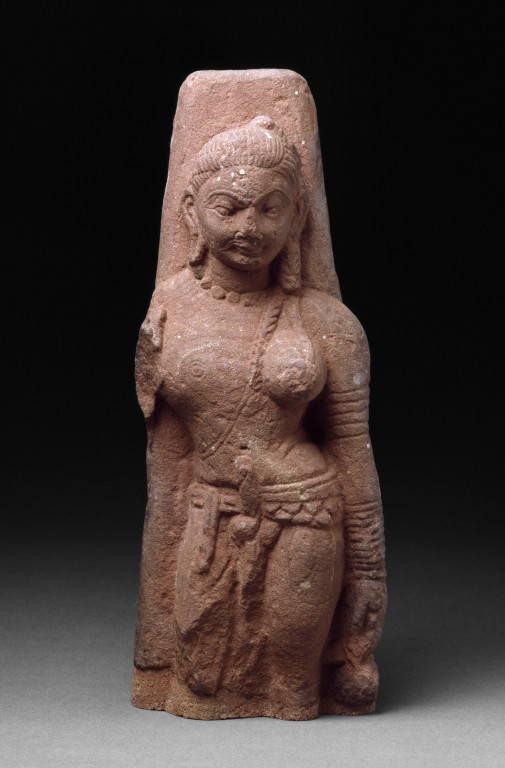 (Lord Who Is Half Woman)

On display in room 47B

Ardhanarishvara is a composite form of the Hindu god Shiva and his consort Parvati. Shiva is a popular Hindu deity and within Shaivism is regarded as the Supreme God.

Ardhanarishvara is one of the most popular iconographic forms of Shiva, found in temples and shrines dedicated to Shiva throughout India and South-east Asia. The combined figure is a statement of inclusiveness and completeness. It symbolises the combination of masculine and feminine energies of the universe, and the bi-unity of male and female in God.

This sculpture, from the early Kushan period, is amongst the earliest known examples of the subject. The figure is divided vertically – Shiva is distinguishable by his taut muscular form and aroused penis projecting from his waist-band. Parvati’s half is more curved in form and displays a single rounded breast. Her hair is shown in the feminine Kushan style with a flat oval bun in front and the remainder pulled back. The figure stands against a phallic-like linga (Shiva’s emblem), with anatomical markings on the reverse making phallic-associations explicit.