In my previous posts I looked at how the medieval poem ‘Pearl’ was understood by the medieval mind and also how it was rediscovered and represented in the 19th century. In the early 20th century it showed itself again to be an enduring image of loss and consolation.

Pearl was published again in 1918 in response to the horrors of the First World War. It was again edited by Isreal Gollancz who was responsible for the 1891 edition with Holman Hunt’s illustration, and this time it was commissioned by Charles Wakefield, Mayor of London from 1915 to 1916, a generous supporter of charities. The book describes its aim as ‘to link the beneficent work of the Red Cross with the sentiment of English Literature’. 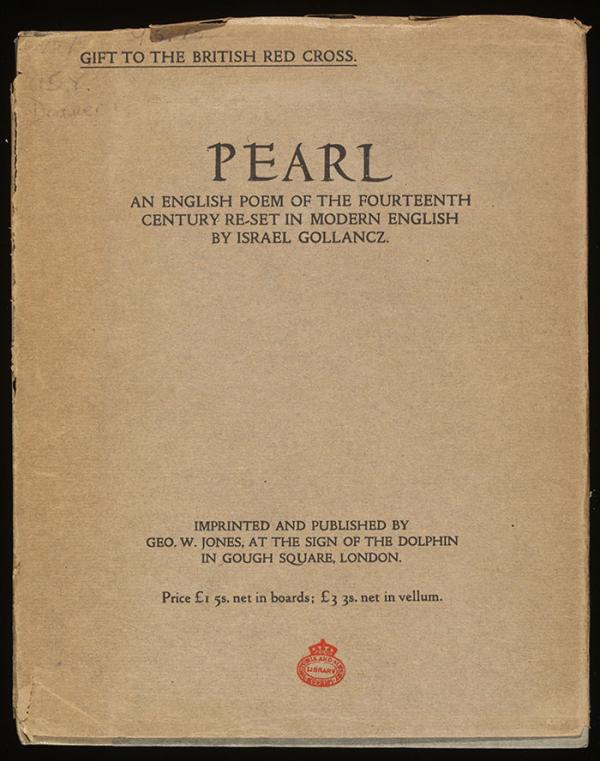 The pearl became a symbol for the Red Cross after Princess Victoria, the daughter of Edward VII and sister of George V, set up an initiative to collect pearls to string together into a necklace to sell to raise funds for the charity. The idea took off and soon over a thousand pearls were collected from members of all parts of society. 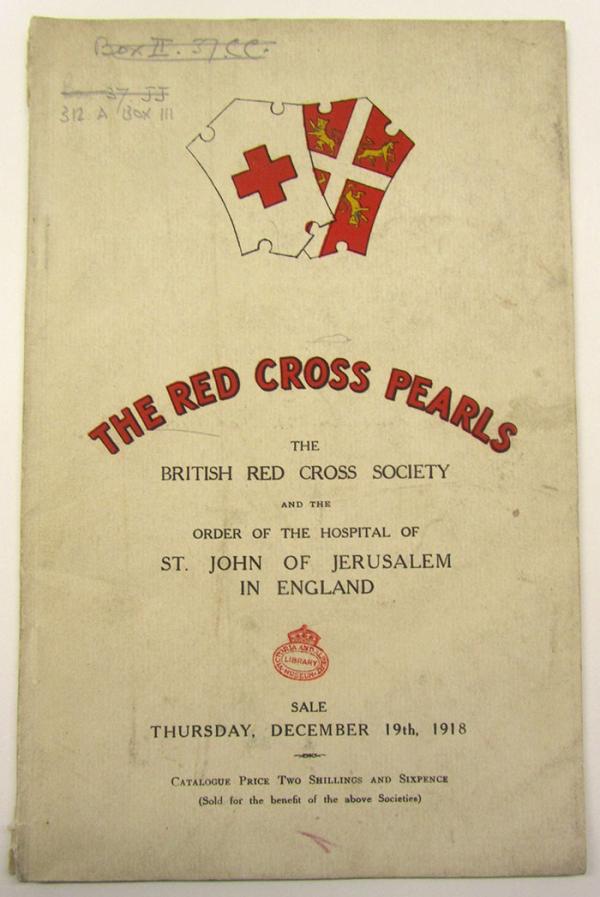 The London Times printed a letter sent accompanying a donated pearl: ‘It is not a perfect pearl, but it is the only one I have. I send it in memory of a pearl beyond all price already given, my only son’. This sentiment would not have been lost on the poet of the 14th century. The sale was held on 19th December 1918. 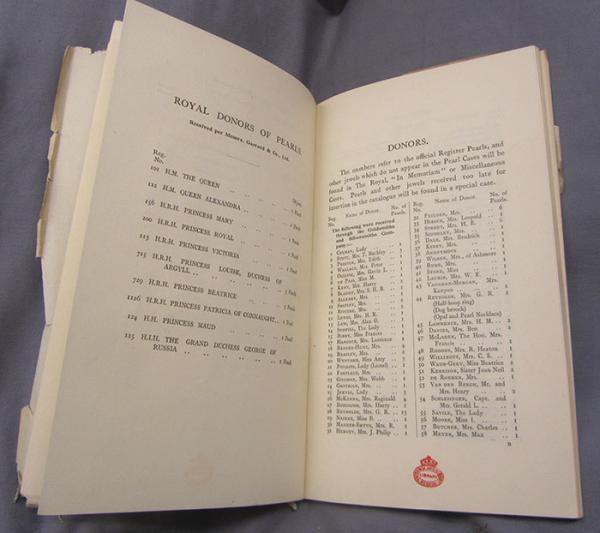 Christie’s London, Catalogue of the Red Cross pearls: presented by the women of the Empire to the British Red Cross Society and the Order of the Hospital of St. John of Jerusalem in England and now arranged in forty-one necklaces also scarf-pins, studs, rings, &c. which will be sold by auction by Messrs. Christie, Manson & Woods … on Thursday, December 19, 1918. catalogue, London?, Christies?, 1918. Museum no. L.806-1918/ 38041800529463 © Victoria & Albert Museum

Those donating pearls or buying copies of the pearl poem were seeking also consolation for loss, perhaps not so much hoping to escape into visions of heavenly bliss as the poet of the 14th century, but in contributing to charity to help those still alive.

The understanding of the pearl and the medieval poem of the same name has evolved throughout time, but the power of the pearl as a symbol of pricelessness, loss and consolation have remained.

Is it possible to know if Margaret Greville donated pearls and/bought a necklace. Wanting to add to Polesden Lacey’s NT commemoration exhibition of the end of WW1.
Can I see /have a copy of these brochures if she is mentioned.
I know she was closely connected to Lady Northcliffe, Mary Wemyss, Ettie Desborough, Alice Keppel and Birdie Werner who were the prime movers of Pearls for the Red Cross 1918.