At Young V&A we’re big fans of construction sets that encourage open-ended, imaginative play. As with the Imagination Playground, these types of sets don’t come with step-by-step instruction manuals. Instead, they encourage the building of individual pieces into whatever can be dreamt up.

This is what we’ll inviting our visitors to do in the construction area of Young V&A’s Play Gallery. We’re putting a super-sized set of shapes in the space, so visitors can get hands on – and turn their minds on.

The Imagination Playground was first developed in New York, as a pop-up playground to take to community spaces. You might have already built with these fantastic foam blocks if you were at one of our Summer of Play events in East London.

To help inspire a multitude of alien planets, dens, underworld kingdoms, skyscrapers – and whatever else springs out of imaginations and into the gallery space – we’ll be displaying all sorts of different construction sets from the Young V&A collection.

We’re currently in the process of adding some exciting new sets to our collection too. Here are a couple of them.

The great thing about building from the imagination is we don’t always know what might appear.

The colourful, crazy shapes (named to be ‘say what you see’) of ZoLO are a wonderful new addition to our collection. There are no right or wrong ways to build with these pieces: it’s all about having a go and having fun creating.

The designers of ZoLO want to inspire creativity in everyone, and children’s self-expression is central to their ethos. Their team collaborated with UNICEF and Pixar to create an animation, playfully highlighting the importance of a child’s right to express themselves. Watch it here:

Trial and error is an important part of all creative processes and it’s by problem solving, adapting and trying again that we become more innovative and resilient, not only when we’re building but in all areas of our lives.

Raise creative children able to imagine new possibilities is the key towards a generation of innovators able to reinvent themselves and the world.

Alessandra Romario’s strong belief in the importance of creativity in children’s lives led to her designing Imaginary Language during her degree course in Product Design. Imaginary Language is another ‘no rules’ construction set we’ll be showcasing in the Play Gallery.

Romario looked to her own childhood for inspiration when designing the chunky shapes:

I played a lot with LEGO and construction games, but I also enjoyed dressing up with costumes to play different roles and invent new stories.

Her background in acting also got her thinking about how Imagination Language could be an inspirational tool for adult actors. By easily building the pieces into different props, actors could enhance their improvised performances. Romario’s design combines construction with role-play and successfully encourages both children and adults to use their imaginations.

Romario’s idea of designing simple geometric shapes that are built into objects, came out of her interest in Irving Biderman’s recognition-by-component theory. This theory is that our brain sees objects as simple 2D and 3D shapes, called geons. These geons – triangles, squares, spheres for example – can be combined in various ways to make up almost limitless numbers of objects.

Playing with Imaginary Language is very much like this. Build a sphere on top of a cone and it can be an ice-cream, join a cone and two cylinders and they become a megaphone. The possibilities for creative play are boundless, since different hands and imaginations will join the same set of shapes in different ways.

Strong magnetic plugs hold the parts together for skyscraper builds. And of course there’s always the option to create abstract sculptures too.

Encourage family and friends to have a go at building something, with things you find lying around at home.

And given we have just packed away Christmas, here is a festive aide memoire from Michael Johansson, a Swedish artist who uses recycled objects to create colour-rich shapes and patterns. 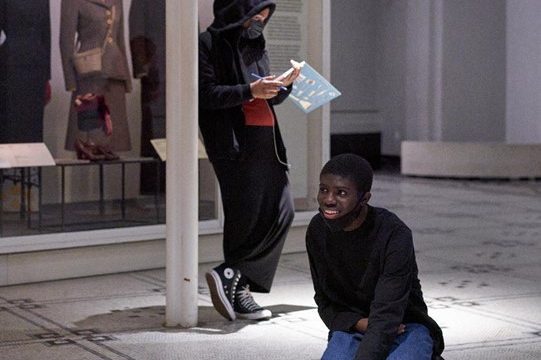 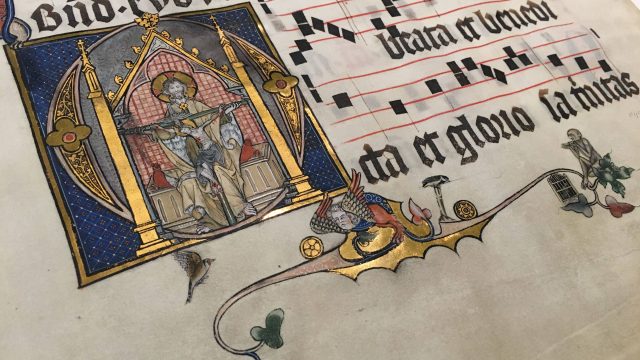 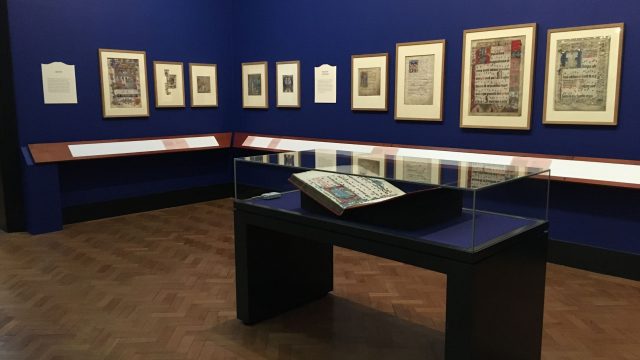