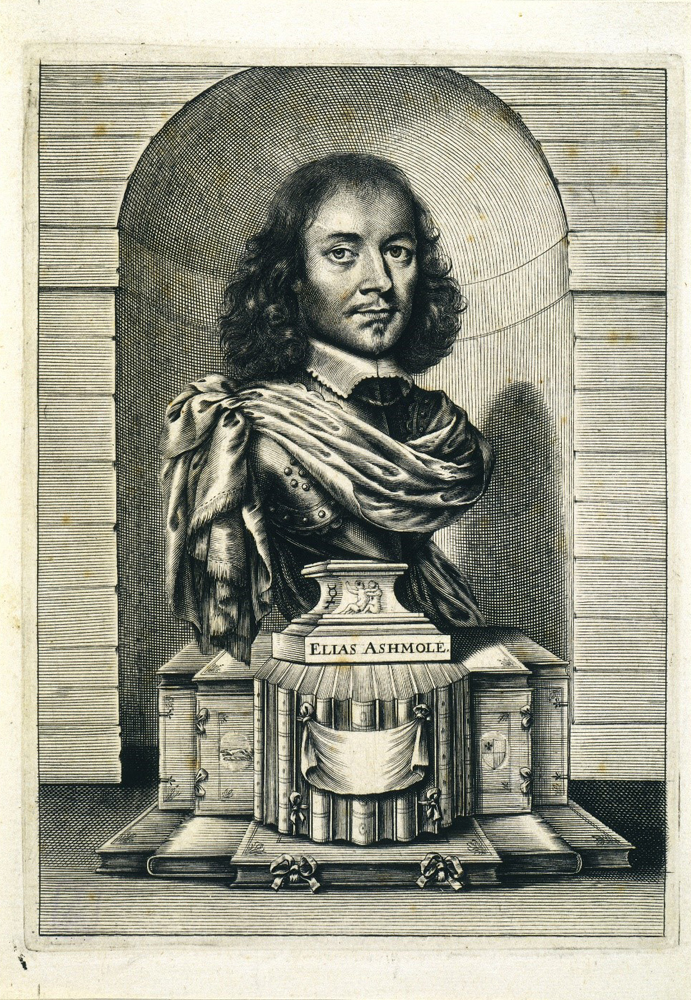 If you, like me, are curious about cabinets of curiosity, the inaugural Rosalinde and Arthur Gilbert Lecture on the history of collecting was a key date. Given by esteemed art historian and authority on the history of collecting, Professor Paula Findlen, it was South Kensington’s hottest ticket. If you were disappointed not to get one, then you can still benefit from Professor Findlen’s insights via the audio recording below:

The lecture celebrated Arthur MacGregor and Oliver Impey’s seminal volume The Origins of Museums (Oxford University Press, 1985) and looked at the evolution of the study of cabinets of curiosity and collecting in the 30 years since its publication. The book was the result of a five-day conference held to celebrate the Ashmolean Museum’s tercentenary in 1983. Together they heralded a resurgence of interest in cabinets of curiosity. Thanks to MacGregor’s and Impey’s pioneering work, the 1980s and 1990s saw a wave of new thinking on the subject, bringing the voices of Krystof Pomian, Giuseppe Olmi, Zirka Filipczak, Adaglisa Lugli and Paula Findlen herself to the fore. These art theorists and historians looked to their late nineteenth and early twentieth century predecessors, re-examining and re-evaluating the progress that the field of the history of collecting had made in the previous century, developing our understanding of the progression from private cabinet to public museum.

Inspired by listening to Professor Findlen, I walked away from the lecture and returned to my own research into collecting cultures of the nineteenth century with an ever-increasing list of questions. Who was collecting at this time, why were they collecting, what were they collecting and through which avenues? I confess I am not making quick progress – I am still exploring the first question: ‘who?’

In the course of my research, I have come across the names of numerous collectors previously unknown to me (each igniting in me a desperate desire to wander off and discover their individual narrative – it is impossibly distracting when history does this to you). Focusing on collectors who contributed to the foundation of the earliest museums, what is striking is the predominance of male collectors in the field, or at least, the way that their collecting has been written into history.

In 1677 the antiquarian, politician and alchemist Elias Ashmole (1617-1692) gifted his collection of curiosities, antiquities and books to the University of Oxford. Ashmole stipulated that the collection be housed in a purpose-built museum, creating the foundations of what we know today as the Ashmolean Museum of Art and Archaeology.

Sir Hans Sloane’s (1660-1753) natural history collection was bequeathed to the nation in 1753 and subsequently distributed amongst the British Museum and the Natural History Museum. The Hunterian Museum was founded on the collection of Scottish anatomist and collector William Hunter (1718-1783). General Pitt- Rivers’ (1827-1900) collection formed the basis of the Pitt-Rivers Museum in Oxford.

Looking to the V&A, the list of donors and collectors who contributed to the early formation of the South Kensington Museum (as it was originally known) is also predominantly male. Generous donations and bequests were received from John Sheepshanks, John Jones, Alexander Dyce, Constantine Alexander Ionides and George Salting to name but a few. But that’s not to say that the V&A and other institutions didn’t benefit from the generous gifts of female donors and collectors: Lady Cory, May (Mary) Morris and Isabel Constable all gave important and generous collections to the Museum.

There is considerable scholarship on the collecting habits of women in the nineteenth century, but, it seems to me that its focus has been more on the collecting, connoisseurship and patronage of the fine and decorative arts, rather than on cabinets of curiosities. This leads me to wonder, were there female collectors who were interested in acquiring the strange, the surreal and the exotic? And if so, who were they and what channels of acquisition were open to them in the nineteenth century?

Acquisition in the nineteenth century was intricately linked to mercantile and trading routes and to military campaigns, all of which were primarily the dominion of men. This made the first-hand acquisition of objects by women difficult. Such objects were later sold on the art market, but though it was increasingly accessible for women, wealth and status remained barriers to their entry into the marketplace. Membership of institutions such as the United Service Institute Museum and Library offered the opportunity for military and naval members to purchase objects of curiosity from around the globe– a channel of acquisition closed to women.

However, the military context was not the only way that one could travel in this period and certainly women had been travelling, sometimes even alone, since the eighteenth century. To examine a particularly pertinent example of female collecting, we need look no further than the V&A’s collecting history and the substantial gift of English ceramics from Lady Charlotte Schreiber (formerly Lady Charlotte Guest, neé Bertie) to the South Kensington Museum in 1884.

Lady Charlotte Schreiber (1812-1895) was an inspiring figure. Born in Lincolnshire, she married the owner of the Dowlais ironworks in Wales. She had an extraordinary aptitude for language and literature and taught herself over seven languages, including Welsh. She went on to build a reputation as a highly accomplished translator, most celebrated for her published translation of The Mabinogion (a collection of 12th century Welsh folk tales). Upon her first husband’s death, Lady Schreiber took over the running of the ironworks. In 1855 she remarried her son’s tutor, Charles Schreiber, with whom she shared a love of classics, language, and travel. Together they toured across Europe, building a comprehensive collection of 18th-century ceramics.

When Charles passed away in 1884, Lady Schreiber opened up their collection to the public, in the spirit of the wunderkammern of the seventeenth century. She gave free access to not only the ceramics but also her collection of fans and playing cards amassed during her travels. Lady Schreiber was quite the collections manager: she catalogued her collection with her own numbering system, and published a catalogue of her English porcelain, earthenware and enamels. One of the 50 copies she had printed is available to view in the National Art Library.

In 1884 she gave her English ceramics collection, over 1800 objects in total, to the South Kensington Museum. You can view part of this rich collection – which includes earthenware plaques, Delftware tiles depicting actors and actresses of the day, jasperware scent bottles and porcelain figures – on permanent display in the V&A’s ceramics galleries, rooms 138 and 139. Lady Schreiber’s collection of fans and playing cards were presented to the British Museum in 1893 and thereafter bequeathed.

Although I have shared only a glimpse of Lady Charlotte Schreiber’s fascinating collecting history, it demonstrates that not only were women collecting in the nineteenth century, they were also cataloguing, displaying and disseminating knowledge about their collections. There are many more collectors like Lady Schreiber – some known to us, some yet to be discovered – who warrant further research. As my own investigations continue, I collect as many questions as I answer – but that’s part of the joy of rummaging around inside the Cabinet of Curiosities.

Wealthy private collectors so often the backbone of later museum collections. But what of us lesser collector mortals on far more meager income?

I’ve always collected ‘things’ since as a child, but increasingly found my collection wants far exceeded my financial resources. I took to creating my own pseudo object & faux artifacts in homage to the items I could not afford to purchase.

This in time led to in June 2017 my 1st solo sculpture exhibition at the award winning Helston Museum, in Cornwall. Newspapers dubbed the ‘Kuriology’ exhibition as the ‘Museum of the Impossible’, all exhibits based upon my own perception of ‘Cabinet of Curiosities’ objects.

…and now some of my ‘kuriology’ creations are in their own right objects of desire in private collector oddity wunderkammer ‘Cabinet of Curiosities’ collections. ‘