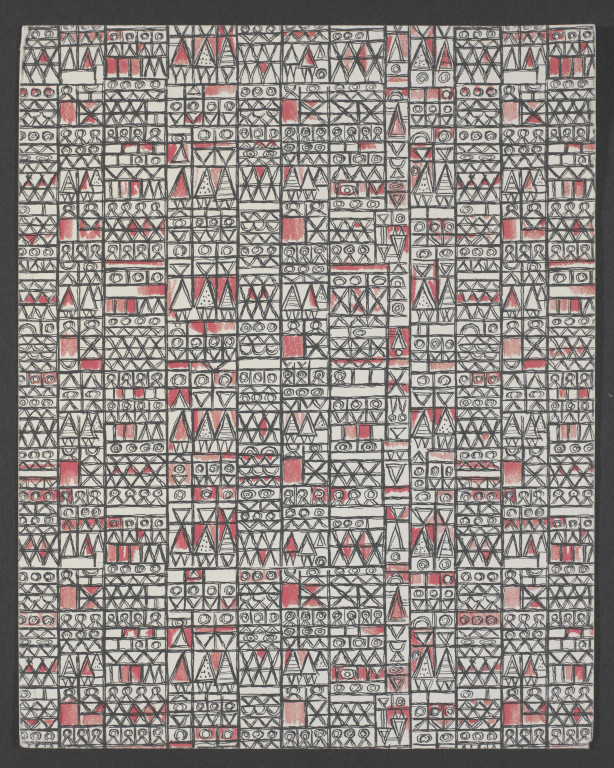 One of the pleasures of working on the Jewish émigré designers project has been exploring the wonderful array of work they produced across disciplines and  threads and themes that emerge; they may have been friends or colleagues (Hermann Hecht was Hans Schleger’s assistant and Jacques Groag worked with Franz Singer in pre-war Vienna), worked for the same clients (such as the GPO) or supported their fellow émigrés’ work (Jacqueline Groag had designs commissioned by both Gaby Schreiber and Misha Black). Several featured in the Britain Can Make It exhibition here at the V&A in 1946.

A number of our designers also worked either directly or indirectly with that now ubiquitous material; plastic. In the 1940s the industry was relatively young and the availability of  materials and new innovations helped kickstart post-war manufacturing.

Gaby Schreiber made her name with plastics. Days into WW2 she met fellow émigré (and future husband) Bill Fischbein, who had sought UK refuge after the forcible Aryanisation of his Berlin ceramics firm. He became managing director of Runcolite, which pioneered plastics use in wartime military and aviation, as well as in consumer goods. With Runcolite Schreiber launched her career as the ‘Plastics Queen of England’. Setting aside self-professed disdain for the material she embraced its design possibilities and created a wide range of domestic and export consumer homewares as well as pioneering plastic-cased kitchens in pastel colours. By 1948 she was a judge for the ‘Modern Plastics’ competition in the US.

After Ernest Sanger emigrated to Britain in 1938 he set up the Pilot Waterproof Co. Ltd, ‘makers of novelty waterproofs.’  With a lack of rubber supplies, Pilot turned to ICI Plastics and the emergence of flexible materials to produce transparent waterproof coats, with hopes for a strong export market. While praised by the Evening Standard’s fashion reporter for their style and colour, Pilot’s range sadly did not take off with consumers.

Jacqueline Groag, a key figure in post-war pattern design, had more success with plastics laminates (including materials again produced by ICI), designing ranges in the 1950s and 1960s for the Bakelite company’s successor Wareite, John Lewis and others.

Hans Schleger meanwhile produced an extensive advertising campaign for ICI’s Terylene extolling the virtues of the first polyester fabric, which did find favour with consumers!

ICI looms large in our plastics story, although it no longer exists in its own right. However, Terylene’s place of production, the ICI Wilton plant on Teesside (opened in 1950) lives on as a visual icon. A dramatic, fiery and strangely beautiful vision at night, it influenced a young art student named Ridley Scott, who reimagined ICI Wilton as the futuristic Blade Runner cityscape.