What does it mean to create an artwork from crowdsourced data, contributed through a participant led process, artists creating the parameters, questions and platforms, but the content of the artwork is built by those taking part.

Duet anonymously connects an individual in India with an individual in the UK, creating what is essentially a digital pen pal. Each exchange is exploded out of the mobile phone screen onto a light and text sculpture, presented publicly in real time. The duration and narrative built between participants creates multiple portraits, captured not in a painting or a photograph but in words, visualised only in the mind’s eye.

I had the same partner participating in Duet with me, for just over 5 months, each day we  exchanged answers to the same question, slowly building up a dialogue and knowledge of each other’s lives. I could describe what her bedroom looks like in intimate detail, her most vivid childhood memory, how she was experiencing a difficult break up and relying heavily on the support of her friendships to help her through it. In turn she has the same level of insight into my life.

If I was asked to paint a picture of her I would capture my knowledge of her within an expression, the look in her eyes and how she holds herself; I would portray her strength of character, her love of dancing and her new found independence from her parents. A reduction of senses, the lack of visual information creates a blindness that heightens the other senses and ignites imagination. I wonder how close our image of each is to who we actually are, how much did we hold back and how much of what we said was affected by how we were feeling at that moment at that time.

We were unpaired when I was without an internet connection on holiday this summer, so our experience together ended. We will never meet, we won’t ever know each other’s name but we share a bond across continents and our relationship and our sharings will be used to create an artwork in the form of ephemeral text, floating in and out of perspective on a double sided LED powered screen of disembodied pixels. 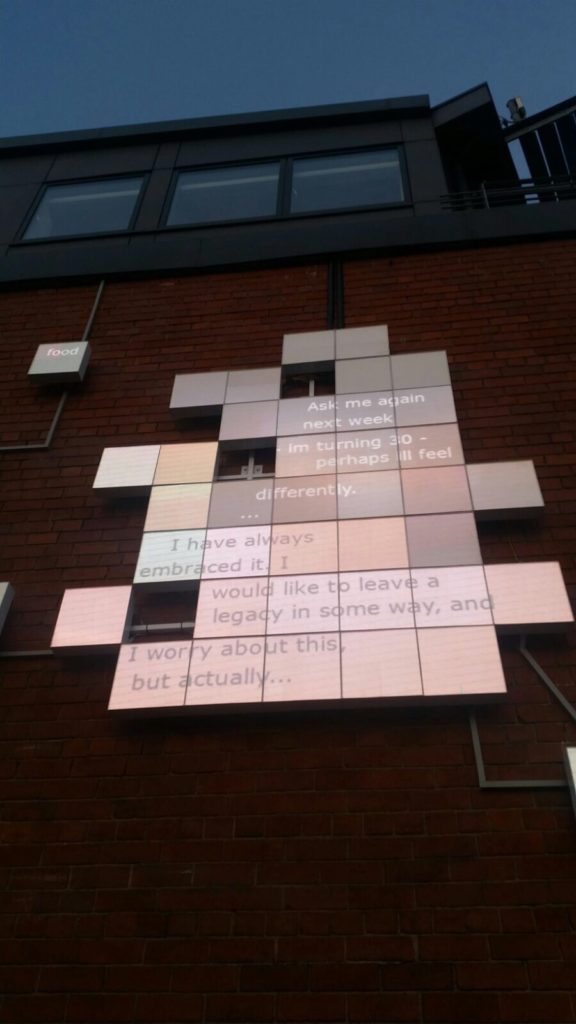 Creating artwork from crowdsourced data forces an inward looking perspective of intimate connections, but sharing this exchange inverts each interaction, gently making the personal public. By removing agency through anonymity the power behind the words exchanged has the ability to move you. As an audience viewing the artwork in a gallery you can feel the invisible images painted with words and you become more than just a voyeur of the experience, you are a participant piecing together the unspoken and creating your own portrait of the thousands of people sharing their lives.

My bedroom is my favourite place in my apartment. It has big sliding glass windows with blue and floral curtains which i don’t like much, There’s a place to sit near the window which is mostly covered with clothes, bags and my yoga mat. There’s a small dressing table with a mirror which makes you look thinner than you actually are, there are pictures and notes from my friends on the mirror. (My flatmate and I love looking at ourselves in it). There’s a queen sized bed with stripped bedsheets, comforters and willows. There are two wooden cupboards. There’s a bookshelf with books and paintings, one is of Charlie Chaplin and another is of Harry Potter. There is a shelf which has lots of knick knacks and gifts my friends gave me over the last few years. I have put fairy lights near the mirror and on the shelves. It’s a nice cozy room.

Duet, by Invisible Flock and Quicksand, is part of the V&A’s Digital Design Weekend.  Download and participate: www.duet-app.com 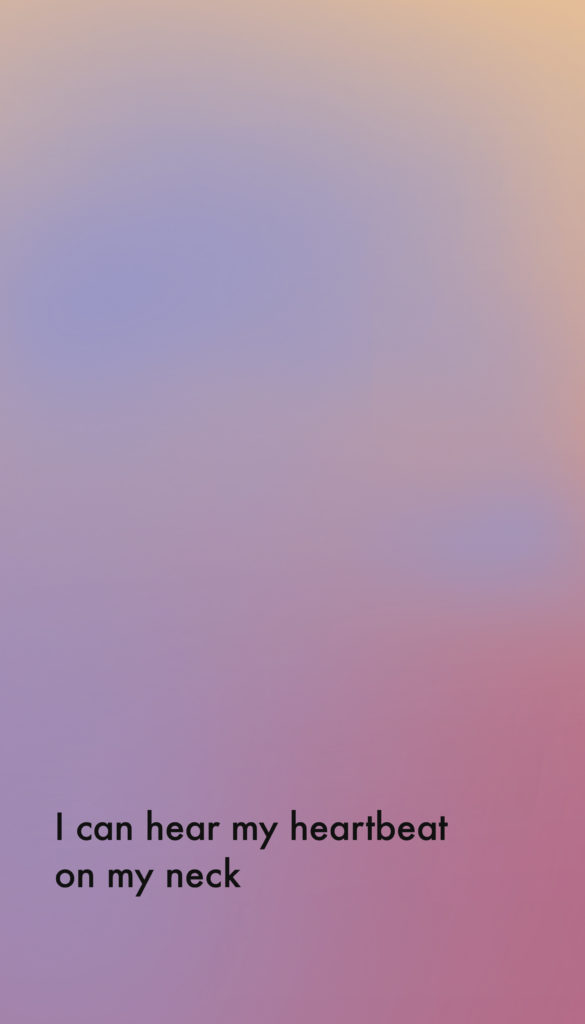 Duet app is now available for free on tutuapp.

thank you very much for sharing best app here.