As the past week has seen England retain the Ashes, we thought it was about time we stepped up to the crease to reveal some items in our collections that will be of interest to anyone who knows their LBW from their Duckworth-Lewis method. 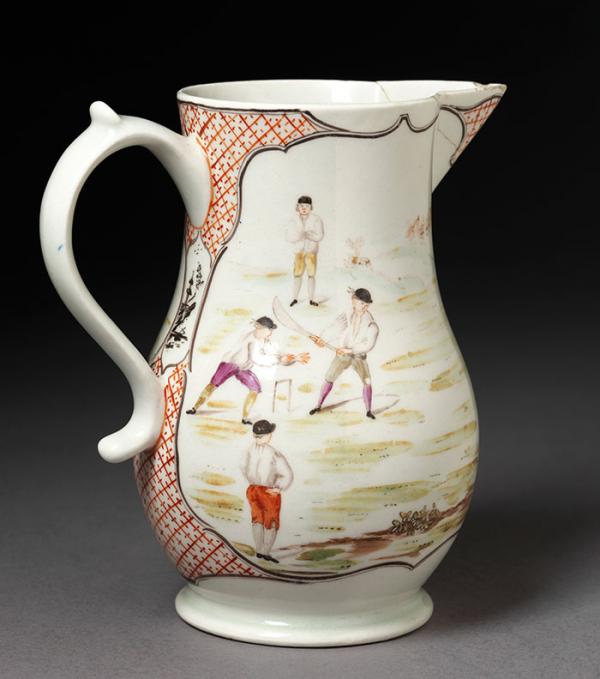 When you go in search of cricketers in the V&A collections, you come across some unexpected people: 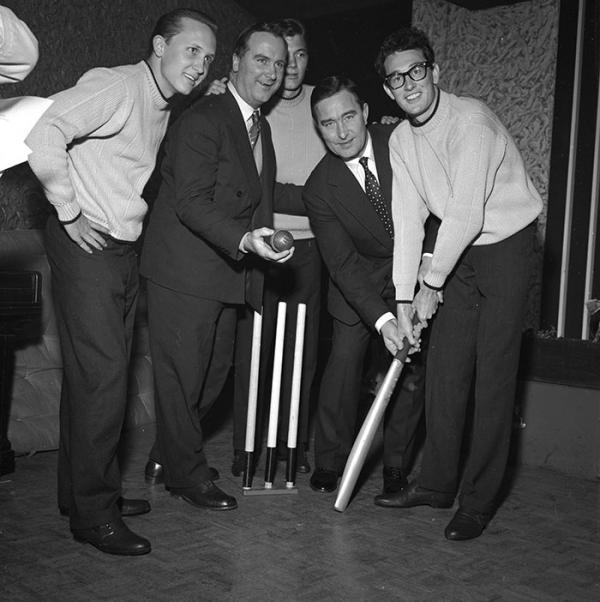 This photograph features Rock ‘n’ Roll icon Buddy Holly, along with his band The Crickets (of course!) and legends of the sport Godfrey Evans and Denis Compton. It dates back to 1958 and was taken by Harry Hammond. Read more about Harry Hammond and how he documented the early days of Rock ‘n’ Roll in Britain.

For sporting purists, a much more traditional cricketing scene is depicted in Walter Bayes’ watercolour The Cricket Green, Great Bentley. 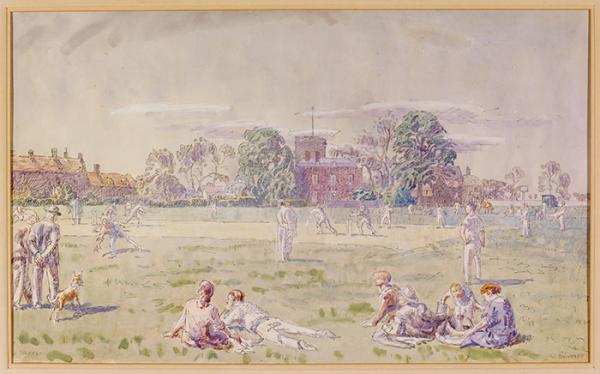 Great Bentley is said to have the largest village green in England, at 43 acres. Cricket has been played on it since the eighteenth century, and this corner of the village landscape has changed little since this was painted in 1940.

Of course, cricket has always been a popular community sport, enjoyed by amateur sportsmen and women across the country for centuries. Back in the 1980s, the residents of Blackheath in South East London were encouraged by this very striking poster to take up their bats. 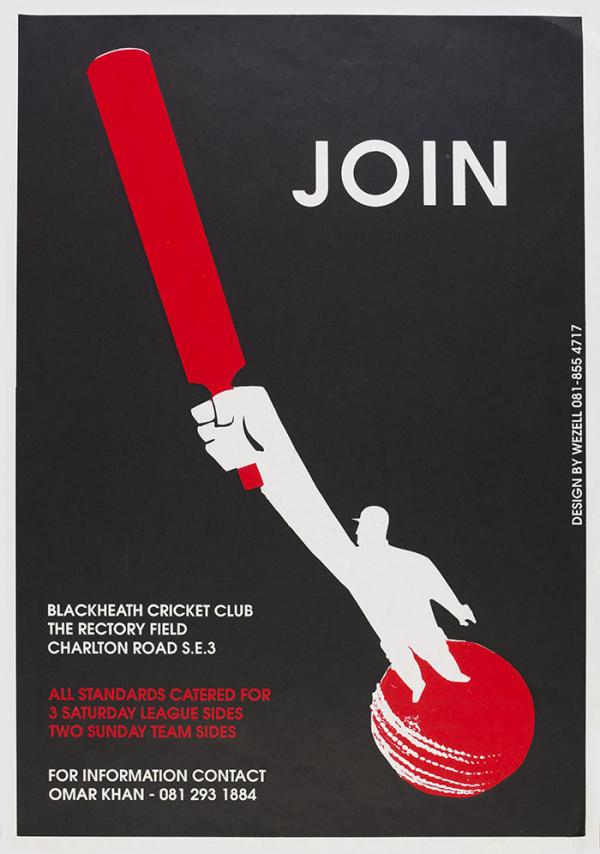 And finally, it seems only right to round off a cricketing blog post with one of the most famous men in British cricketing history: 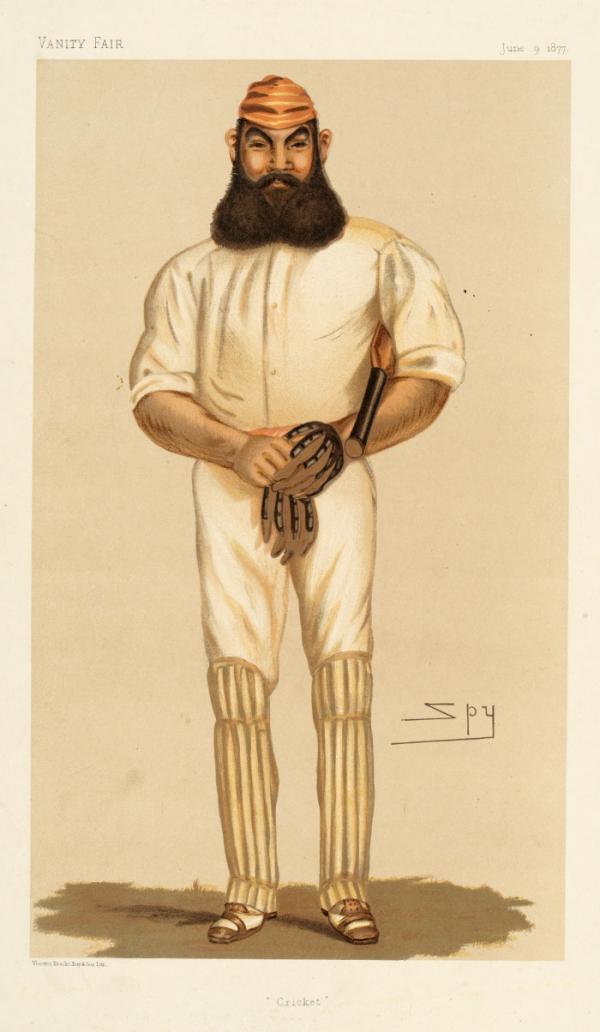 This print of the magnificently bearded W. G. Grace was one of a series of portraits originally published by Vanity Fair magazine on 9th June 1877. He cuts quite the figure in his whites. The feature was fittingly titled ‘Men of the Day’ and the image was simply captioned ‘Cricket’.

While England may have already retained the Ashes, there are still two Tests to go, so if you would like to continue the cricketing theme, more objects can be explored through Search the Collections.