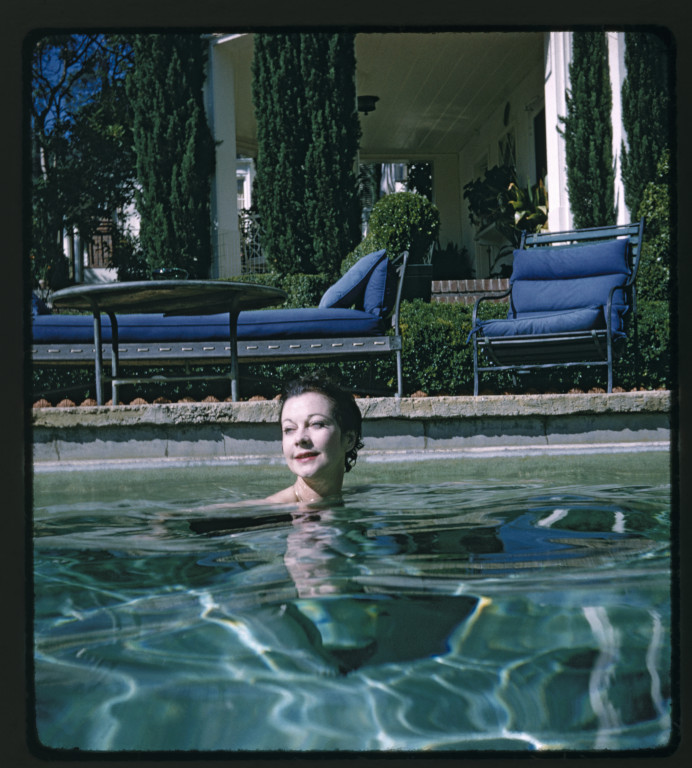 To mark the 50th anniversary of the death of Vivien Leigh in 1967, Keith Lodwick highlights an area of Leigh’s archive previously unknown to the public: Leigh’s passion for 3D stereoscopic photography.

The V&A acquired the archive of the legendary British film and theatre actress Vivien Leigh (1913-1967) in 2013. The archive includes many never-before-seen records including letters, diaries, visitor books, scripts and photographs. Born in Darjeeling, India and educated in Europe, Vivien Leigh was an internationally recognised actress who won two Academy Awards for her roles in Gone with the Wind (1939) and A Streetcar Named Desire (1951). She also enjoyed a distinguished stage career spanning 30 years. Leigh was married to actor Laurence Olivier from 1940-1960, and the celebrated couple co-starred in plays and films and were greeted on their various tours with the enthusiasm generally reserved for visiting royalty.

The archive covers all aspects of Vivien Leigh’s life from young womanhood to her death. Notably, it explores the love affair between Leigh and Olivier including more than 200 letters, telegrams, photographs, newspaper clippings and postcards between 1938 and 1967. The archive also includes Leigh’s diaries begun as a 16-year-old in 1929 and maintained until her death in 1967.

Vivien Leigh meticulously kept more than 7,500 personal letters from friends and colleagues including correspondence with T. S. Eliot, Arthur Miller and Marilyn Monroe, Sir Winston Churchill, Dame Edith Sitwell and with HRH Queen Elizabeth, The Queen Mother, who offers her thanks to the couple for remembering her on her birthday.

Leigh was one of the most photographed women of the mid-20th century but the archive also includes 1500 colour 3D stereoscopic slides – many of which were taken by Leigh herself.

3D photography enjoyed a renaissance in the 1950s with many actors using 3D cameras and endorsing the equipment in photographic magazines of the era. Fred Astaire, Doris Day and Gregory Peck were all enthusiastic users of the medium.

Leigh acquired the stereoscopic camera around 1954 and it accompanied her on holiday, at work and relaxing with friends. She recorded her Old Vic tour of the Americas and Australasia in the 1960s, the film sets of The Deep Blue Sea (1955) and The Roman Spring of Mrs. Stone (1961) and she captured many of the people who visited the Oliviers in Notley Abbey, their home in Buckinghamshire between 1945 and 1960.

The 1961 – 62 Old Vic Theatre tour is widely documented by Leigh. She performed in three plays: Twelfth Night, Duel of Angels and Lady of the Camellias. Beginning in Australia, the company performed in Melbourne, Brisbane, Sydney and Adelaide where the company was based for Christmas 1961. During the tour, Leigh and her partner John Merivale holidayed on Orpheus Island, off the Barrier Reef. Photographs of Leigh show her hunting for shells on the beach and fishing. In 1962 the company moved to New Zealand and then an extensive tour of South America including Chile, Uruguay, Brazil, Mexico, Peru and Argentina. Buenos Aires was under military law when the Old Vic arrived causing Leigh and the company considerable stress. Leigh wrote to her first husband Leigh Holman about the situation, ‘all night long during the play, rumours reached us that there was fighting in the streets and that the political situation was deteriorating’. Despite the tension, the show went on. Photographs taken during the tour show costume changes backstage, Leigh putting on her make-up and the company relaxing at an after-show party.

Leigh’s photographic subjects are a ‘who’s who’ of the mid-20th century including writers Tennessee Williams and Truman Capote, actors Rex Harrison and Lauren Bacall, close friends Noël Coward and John Gielgud, as well as close family members including her mother Gertrude Hartley and daughter, Suzanne.

With much of Leigh’s stage and film work photographed in the black and white, to see the actress in glorious ‘Technicolor’ adds a new dimension to her life and work.

Keith Lodwick will be presenting some of the 3D slides in a special lunchtime lecture at the V&A on Wednesday 12 July – 3D glasses will be provided.

The catalogue of the Vivien Leigh Archive can be viewed on Search the Archives.