This is a guest post by poster collector Michael Tyler whose collection of Cuban revolutionary posters goes on display for the first time next week in an exhibition at Kemistry Gallery in London. Michael explains what sparked his interest and how the collection developed. 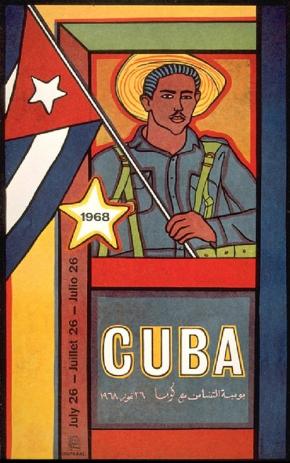 ­­I confess, when asked to contribute to the V&A blog about my collection of Cuban propaganda posters, my initial reaction was panic – considering it all kind of happened by accident.

A couple of years ago, I came across a group of posters by OSPAAAL (Organisation in Solidarity with Africa, Asia and Latin America), which had been given to a Danish journalist in the early 1970s. There were about a dozen designs and numerous copies of each – I bought a few that caught my eye and then did a little searching online to learn more. This led me to the work of archivist and librarian Lincoln Cushing, who specialises in documenting social and political graphic material. His book Revolución!: Cuban Poster Art (Chronicle, 2003) and website Docs Populi (docspopuli.org) introduced me to the incredible poster art that flourished following the Cuban Revolution. I also found a few dealers on eBay who were selling these posters for considerably more than I had paid for them. 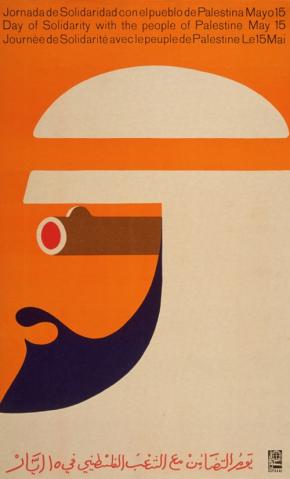 A little more searching led me to Mike Stanfield, who had staged an exhibition called Victory or Death at the North Wall Arts Centre, Oxford, in 2010. Mike invited me to lunch, where I learned that – as well as being a fantastic cook – since first discovering these posters visiting Cuba in the 1990s, he has amassed one of the largest private collections in the world. He informed me that my modest selection was highly collectable, and offered an exchange for one of the posters that he didn’t have – which gave me an idea. I decided to purchase the remaining duplicates from the Danish journalist and set about tracking down other collectors to exchange them with. 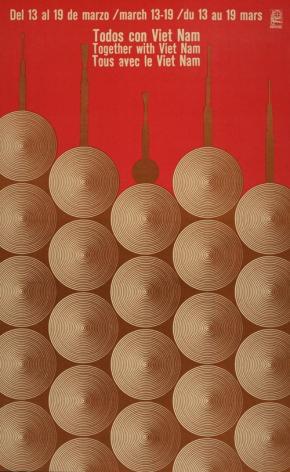 Over a series of months, I searched online for anything I could find, emailing museums, art galleries and universities, as well as the eBay dealers. Gradually, I established a network of collectors and institutions throughout Europe and America and began negotiated exchanges – some offered me several posters in return for my rarer designs, while others sent me posters as a ‘finders fee’ for tracking down other specific examples they were looking for. Then a museum curator in Zurich put me in contact with Richard Frick, a Swiss typographer, whose book The Tricontinental Solidarity Poster (Comedia Verlag, 2003) is highly regarded amongst the collectors I encountered. As well as exchanging posters, Richard put me in touch with his contacts in Cuba. Faced with an unreliable postal service, Cuban exchanges instead involved sending my posters to  ‘friends of friends’, who would drop them off while visiting the country (collectors travel to Cuba frequently, or know other people that do) and bring my new posters back. 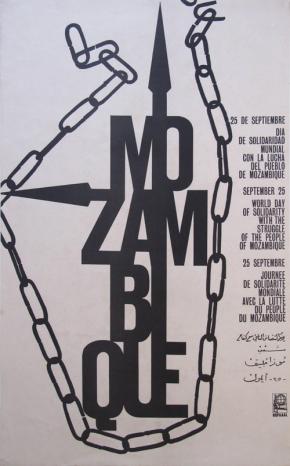 As my collection grew, I became curious about the people and conflicts they depicted. Having grown up in the peaceful seclusion of suburban Sydney, I was (and remain) blissfully ambivalent about politics, and, other than reading The Motorcycle Diaries, knew practically nothing about Cuba. So, rather like Marlow in Joseph Conrad’s Heart of Darkness, I began my adventure into largely unknown territory, journeying into the dark heart of the Cold War era, with its revolutions, coups, dictators, proxy wars, paranoia and the struggles for independence from imperialism and colonial rule; dirty, nasty business that, were it not for these posters, I would most likely never have known about – and yet they have given me an insight into many of the conflicts that continue to plague regions of the world today. 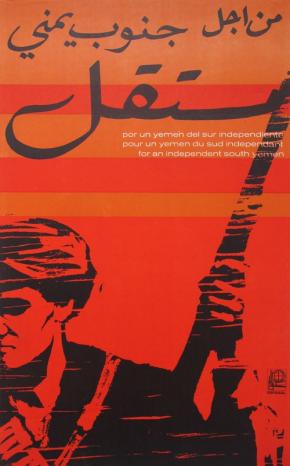 When the Arab Spring uprisings began, I realised that many of the revolutionary movements, and dictators being deposed, featured in my posters. Thinking this may be of interest, I contacted V&A curator Catherine Flood who, as it happened, was about to depart for Benghazi to open in the V&A’s Street Art prints exhibition and research contemporary political graphics in Libya.  Catherine mentioned that she was indeed a fan of OSPAAAL posters and we arranged to meet upon her return. I’ll admit, as one of my most favourite places, getting a glimpse behind the scenes at the V&A was a wonderful experience. Catherine’s expertise and support was extremely helpful, and knowing my quest was not a complete and utter waste of time came as a huge relief. 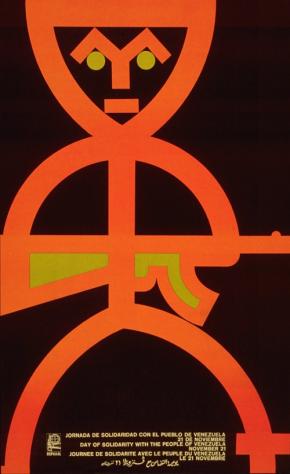 Feeling inspired, I wanted to do something meaningful with my collection, which, thanks to the exchanges, had now grown to over 80 posters. What drew me to these posters right from the start was their striking, highly visual design, so I contacted Creative Review who, amazingly, featured them in the Monograph supplement of their Annual 2013 edition, and also Eye magazine, whose editor John Walters suggested I approach Kemistry Gallery in Shoreditch, London. 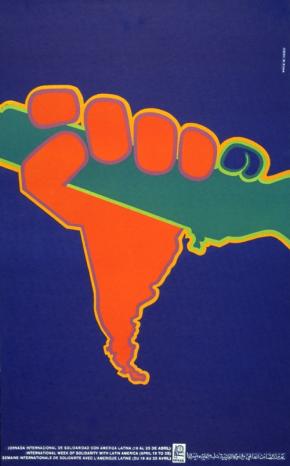 Founded in 2004 by Graham McCallum and Richard Churchill, this independent gallery is one of a handful in the world dedicated to exhibiting graphic design. Having previously exhibited the works of design greats such as Saul Bass, Ken Garland, MacDonald Gill and most recently Seymour Chwast and Milton Glaser’s Push Pin Studios, Kemistry Gallery will be exhibiting a selection of my OSPAAAL posters from 5 December to 25 January 2014.

Please note that the images used in this blog are not V&A Images. They have been supplied by Michael Tyler courtesy of  Lincoln Cushing / Docs Populi.

Michael Tyler would like to thank Velimir Ilic for his assistance